The Commonwealth Bank Matildas return to international action next week, taking on Spain for the first time and Portugal for the fourth time.

Here’s everything you need to know about this friendly series:

Australia and Spain will come face-to-face for the first time ever and when head coach Tony Gustavsson took the helm in 2020, he made a commitment to seeing that the CommBank Matildas played as many diverse and high-quality teams as possible.

Spain will look to finish their preparations leading into the Women's EURO 2022, while Australia continues to challenge itself against world-class nations ahead of the FIFA Women’s World Cup Australia & New Zealand 2023™ in just 13 months.

Commonwealth Bank Matildas' head coach Tony Gustavsson called up a host of fresh faces to the 24-player squad to take on Spain and Portugal in the June FIFA International Window.

The roster includes 14 members of the squad that defeated New Zealand in the April series with several players in strong form.  Midfielder Clare Wheeler was recently named the Fortuna Hjørring Player of the Year in a season where the Danish club claimed the Cup title and finished runners-up in the league.

Meanwhile, the FIFA window will see goalkeeper Lydia Williams in line to become the first female Australian goalkeeper to reach 100 appearances for Australia.

When it comes to fresh faces, the trio of Mackenzie Hawkesby, Matilda McNamara and Taylor Ray will partake in a senior training camp for the first time.  Capped players Angela Beard, Larissa Crummer, Princess Ibini-Isei, Rachel Lowe and Amy Sayer all return after absences.  Uncapped defender Winonah Heatley and Celtic FC’s Jacynta Galabadaarachchi have also received a recall for this window.

READ: Galabadaarachchi: I want to show everyone the type of player I am
MORE: Taylor Ray "shook" at the thought of CommBank Matildas debut

June will see the absence of a host of regular names including CommBank Matildas captain Sam Kerr, vice-captain Steph Catley, as well as a number of senior players.  Defender Ellie Carpenter will also be on the sidelines for the foreseeable future with the Lyon star sustaining a ruptured anterior cruciate ligament in the UEFA Women’s Champions League final.

Currently ranked seventh in the world (their highest ranking to date) La Roja will prove an exciting challenge for the CommBank Matildas at the end of the month and adds to the roster of top-ten nations Australia will face, to best prepare for the upcoming FIFA Women’s World Cup Australia & New Zealand 2023™.

With world-leading players like Ballon d'Or winner, Alexia Putellas and La Roja's top scorer, Jennifer Hermoso, it gives the CommBank Matildas an opportunity to test themselves against the best.

"That’s key for us as a team, to continue to play high-quality opponents with different playing styles, as we continue to build towards the World Cup," veteran defender Clare Polkinghorne explained when asked how she feels about facing Spain for the very first time. 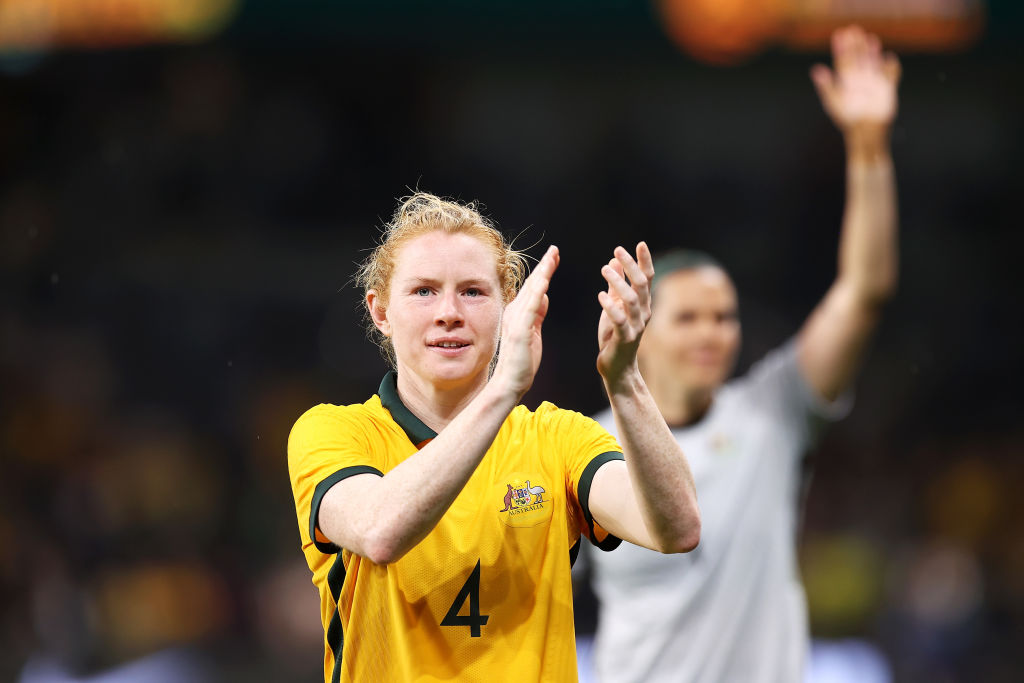 "It’s important for us to expose ourselves to different types of teams to continue to build on our style of play, and of course to continue to develop combinations against any team we face.

"Spain is a possession-based team who loves to move the ball around and control the game with the ball.

"They are a very technical team and can be very patient on the ball, so it’s going to be a good chance for us to play against a high-quality possession-based team."