The UEFA Women’s Champions League round of 16 kicks off in a week’s time and some Westfield Matildas will be looking to progress through to the next stage of Europe’s biggest competition.

Last season’s finalists are on a quest to go one better. In their way is Norwegian side LSK and Westfield Matilda Karly Roestbakken.

The German team easily moved past Spartak Subotica with a 7-0 aggregate victory. LSK's tie was a little closer, with the team earning a 2-1 win over Belarusian side FC Minsk.

While both sides haven’t played much football over the northern hemisphere winter break, LSK enter the match with a only handful of club friendlies under their belt as they prepare for the new Toppserien season.

Wolfsburg, on the other hand, are in the middle of their Frauen Bundesliga season and currently sit in second behind Bayern Munich. The team has lost only once, to the team above them, in the league.

[READ: The Check In: Karly Roestbakken looks back on first season abroad]

LSK’s best previous result in the tournament was a quarter finals exit two season ago. It will take a monumental effort to return to that stage as they face a Wolfsburg side with a point to prove.

In arguably the tie of the round, Sam Kerr’s Chelsea will battle Atletico Madrid for a place in the quarter finals.

Both sides were dominant in their round of 32 clashes; Chelsea dismantled Portuguese side Benfica 8-0 on aggregate while Atletico dispatched Servette of Switzerland 9-2.

The teams are in the upper echelons of their respective league tables but their form prior to the international break may give an indication as to who is better placed to progress.

The Blues are top of the FA WSL table and have lost only twice since the start of September last year: an FA Cup quarter final against Everton and a league match against Brighton earlier this month.

Atleti meanwhile sit in fourth with a mixed bag of results in the league but a recent win the Supercopa de España Femenina in January bodes well for their tournament form.

Chelsea's versatile and broad attacking threats pose an immense challenge for the Spanish side, with any combination of Westfield Matilda Kerr, Pernille Harder, Fran Kirby, and Beth England sure to terrorise the defence.

The reigning champions and most successful side in UEFA Women’s Champions League history, Olympique Lyon, take on Danish side Brøndby in their quest to add an eighth UWCL title to their trophy cabinet.

The team from Denmark’s road to the round of 16 was the most unusual of all the sides. Their first and second leg matches were postponed and COVID-19 protocols and restrictions meant the tie against Vålerenga was decided as a one-off match.

The game, which took place two months after the other ties had been won and done, went all the way to penalties. 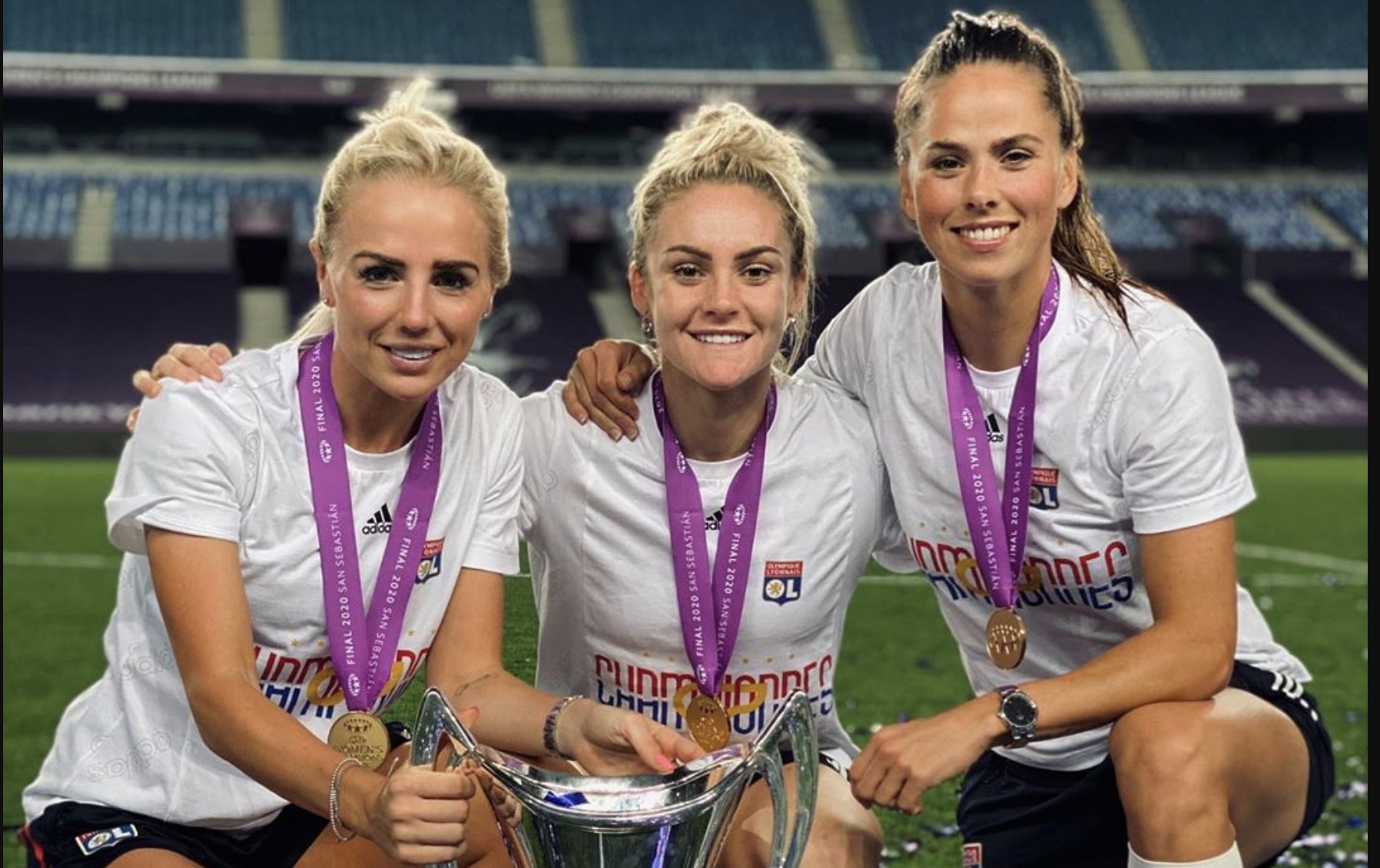 Lyon’s route to the round of 16 wasn’t as longwinded but still included some drama. The French champs eventually got the best of Italian side Juventus, 6-2 on aggregate.

Ellie Carpenter and her Lyon team mates have only missed the finals twice since 2010 and their form in the French league suggests they will once again be hard to beat.