Canberra United have been given a huge boost ahead of the Westfield W-League 2019/20 Season with local and Westfield Matildas star Karly Roestbakken re-signing with the club.

The classy defender has inked a one-year deal with Heather Garriock’s side and continues a massive 12 months for the 18-year-old.

Just 12 months ago she was part of the Canberra United Academy program.

Since then she has gone on to play a strong Westfield W-League season, captained the Westfield Young Matildas and was part of Australia’s squad at this year’s FIFA Women’s World Cup.

“To not only get my [Matildas] debut, but to get it at a World Cup was just unreal,” Roestbakken told the club’s official website.

“Being in that environment made me mature a little bit, even though I was only in there for a short period of time.

“I was able to get that sense of professionalism and what it takes to play at the highest level of women’s football.

“I definitely think I can take what I learnt there and bring it back to the Westfield W-League.”

Roestbakken was brought on as a substitute against Brazil at the World Cup in France, before starting in the final group match against Jamaica.

Garriock said transition through the pathway programs makes her a role model for the younger players in the Canberra United setup.

“It’s fantastic news that Karly has agreed to re-sign with Canberra United for the upcoming Westfield W-League season,” Garriock said.

“I mentioned to our CUA girls this season, that this time last year, Karly was sitting in the same dressing rooms in the NPLW wearing the CUA shirt, now she is wearing a Matildas shirt. 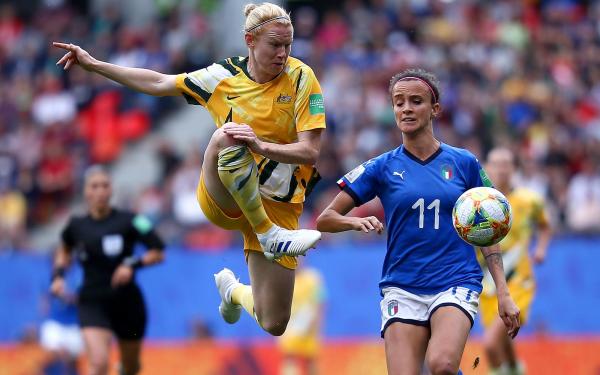