Sam Kerr signed a contract extension at Chelsea that will see the forward at the London-based club until summer 2024.

CommBank Matildas captain Sam Kerr has signed a new deal at Chelsea that will see the reigning golden boot winner remain at the club for at least another two years beyond this season.

Kerr's first full season with Chelsea saw the striker pick up a plethora of accolades both for the club and personally, her 21 goals in the 2020/21 season saw the Australian claim the WSL Golden Boot.

Emma Hayes' Chelsea had a dream season last year, winning the FA Community Shield, League Cup and lifting the WSL title for the second season in a row.

The Blues were runners-up in the Champions League last season, defeated by FC Barcelona 4-0 in the final. However, Kerr was emphatic in front of goals in European football and is continuing her fine form in this season's Champions League group stage, having already netted three goals so far. 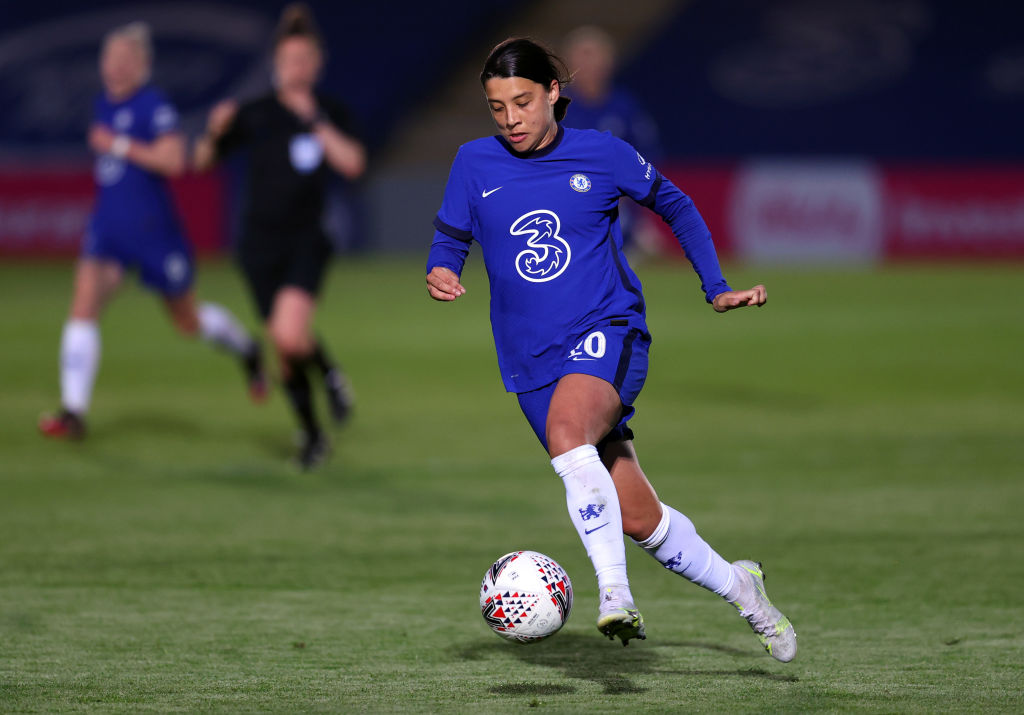 "It’s really exciting. I’m really happy at the club. We’ve had good success, being at a club like Chelsea is an amazing opportunity." Kerr told chelseafc.com

"The time was just right, I feel really comfortable being here. I think the club gives me every opportunity to succeed as a player."

General manager Paul Green added: ‘We are absolutely delighted that Sam has extended her deal with the club. Sam is quite simply one of the world’s best strikers and goalscorers.

‘We look to continue to build on our recent successes, and Sam will play a big role in achieving those targets in the future.’

After a standout season for Chelsea, Kerr is on the shortlist for the Ballon d’Or for the third time in her career and was also nominated for BBC’s Footballer of the Year for the fourth time.

"I'm not going to lie, it’s nice when I do win them but that’s not my main goal at the start of the year. It’s a nice reward, but if I won golden boot after golden boot and no trophies, it wouldn’t be that rewarding to me."

"So that’s why last season winning the golden boot and winning the league was really rewarding because finally, it meant something."