Commonwealth Bank Matildas captain Sam Kerr is set to etch her name into the Australian football history books, becoming the tenth woman to earn 100 caps for her country.

Just over a month after becoming the Commonwealth Bank Matildas all-time leading goalscorer, skipper Sam Kerr looks to reach another career milestone, becoming only the tenth Australian woman to earn 100 caps for her country.

She has had over a decade representing her country, with her first cap coming back in 2009. An eager eyed 15-year-old waited on the sideline preparing to make her debut for her country, unaware of the impact she would have on the sport in her country years later.

Kerr is currently the teams' all-time leading goalscorer with 48 goals.

Her first goal for her country was a night to remember, netting the opener at the 2010 AFC Women's Asian Cup final against North Korea, where Australia would go on to win in a penalty shoot out. 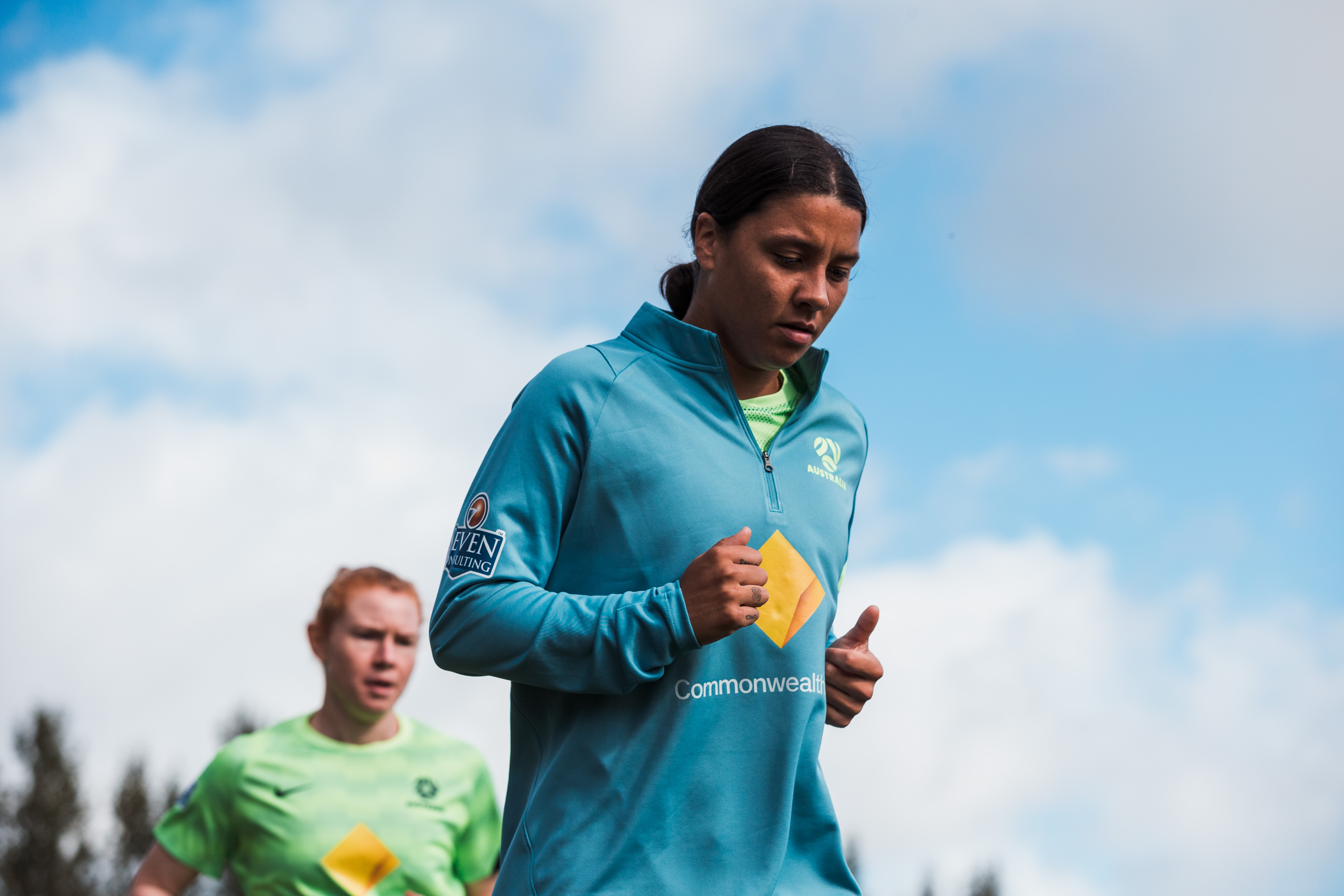 Kerr says she is excited to join the prestigious group of players with 100 caps.

"Any time that you get the opportunity to represent your country and play with this group of girls is an amazing honour,” she said.

"It is something that I don’t take lightly."

While Kerr is upset some teammates she has shared the majority of her caps with are unable to be in camp due to injury, she is relishing the opportunity to etch her name in to history.

“I’m a little bit sad that some of my buddies can’t be here for it, I pretty much played the full 100 with them but I am sure that there will be many more games to celebrate all of our 100s, we’ve had so many over the past few years. It’s exciting to join the club.”

Coach Tony Gustavsson had nothing but glowing praise of the soon-to-be centurion, who led the team to a recordbreaking fourth in Tokyo, the Matildas best ever finish at the Olympic Games.

“I could stand here for hours and talk about Sam Kerr to be honest, it's such a privilege to be a small part of her phenomenal career,” he said.

Although tomorrow morning's game is a momentual one for Kerr, she sees this game as no different and will be looking to put in the best performance possible.

"For us it's about winning, that's what the national team is about," Kerr explains.