Fresh off a podium position at the FIFA's Best Awards, the Commonwealth Bank Matildas and Chelsea FC forward has further etched herself into national folklore. To celebrate such a momentous achievement, let's look back on the impact that our superstar #20 has made, while in the green and gold.

The moment history was made

Not satisfied with sharing the record, the Chelsea forward took the record outright two minutes later. An exquisite through ball by Emily Van Egmond found the 28-year-old in space just outside the penalty area. Despite the desperate diving efforts of two defenders and the keeper, Kerr's two-touch finish was placed perfectly into the far bottom corner.

Every major tournament squad will feature what many call a 'bolter', an unexpected inclusion that offers a level of X-Factor despite their inexperience. When then national team coach Tom Sermanni selected a baby-faced, 16-year-old from Fremantle for the 2010 Asian Cup squad, a few eyebrows must have been raised.

Yet, after a breakout year, both in Perth and within the national team set-up, few could deny that Sam Kerr was the spark required for Australia to acquire their first piece of silverware. It would not take long for the teenage Kerr to repay Sermanni's faith too, scoring her first international goal after being thrust on the field against South Korea in a crucial group stage tie.

A series of deflections within the penalty box was latched upon by the teenager, who would then introduce the world to her signature backflip during the celebrations. A hallmark goal for her career thus far, Kerr's awareness in such a chaotic situation, the instinct to put herself where the ball may fall, has arguably become the defining feature of the record goal-scorer's play.

Leading in to the 2019 FIFA Women's World Cup in France, Sam Kerr was given the captaincy for the first time under Ante Milicic, adding to the responsibility of Australia's main player in a tournament that her national team were expected to perform in. Despite the responsibility, Kerr opened her account early against a stubborn Italian side, grabbing her first goal after leaping on a loose ball in the penalty box.

After two mixed results to open their campaign, Australia entered their third group game needing a victory against a spirited Jamaican side. Needing an inspirational performance to help her side progress, captain Kerr broke yet another Australian record, becoming the first Matilda to score four goals in a World Cup match, including the perfect hat-trick (left foot goal, right foot goal, header).

The Tokyo Olympics in 2021 provided the latest piece of history for Australia's captain, with a lack of preparation and COVID disruption not stopping the 28-year-old from breaking records. The forward took just one game to become Australia's highest Olympics goal scorer.

Not settled with the initial three goals in the group stage , the Chelsea forward stood up when her nation needed her most, during a quarter-final tie with Great Britain. Just like her first international goal, the forward's killer instincts were laid bare as the ball seemed to gravitate towards the striker inside the penalty box.

A goal to equalise in normal time and another to stretch the lead in extra time, was enough for Kerr's Commonwealth Bank Matildas to reach their first-ever Olympic semi-final.

Hometown adoration for our golden girl

Although the last two years has seen a shortage of home Commonwealth Bank Matildas matches, the Sam Kerr Mania that formed across Australia during the late 2010s, remains strong. The travelling green and gold roadshow has witnessed a plethora of extraordinary goals from the forward over the last 5 years, in a period where a new generation of footballers discovered their passion for the Commonwealth Bank Matildas.

Whether it be backflips in Newcastle, long range strikes in Melbourne or looping headers in Adelaide, the 28-year-old's prolific abilities have inspired fans across the country to follow the team. Such was the shift in public support for Kerr and her teammates during this time, it inspired the iconic image of one diehard Socceroos fan, who taped over his Lucas Neill jersey to read 'Kerr #20', after the superstar and her teammates spent over an hour after a match, meeting supporters.

Her goals and gestures in these matches may not have contributed to any trophies or major honours, but they arguably hold the greatest weight to the Commonwealth Bank Matildas growth as the nation's most beloved sporting side. 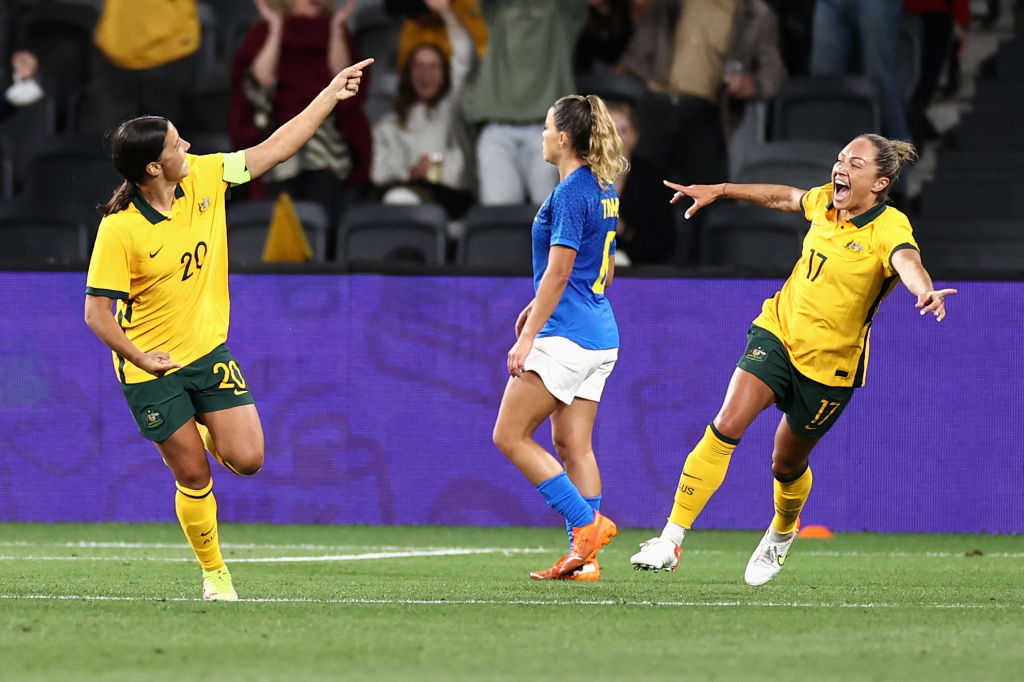 When you have broken all domestic footballing records in Australia, The United States, and The United Kingdom, what is left to achieve?

Sam Kerr was involved in the nation's first major tournament victory, playing a pivotal role at the 2010 AFC Asian Cup. The forward was also instrumental in Australia's first quarter-final appearance at any FIFA World Cup, along with leading the side through their best ever Olympic Games campaign in Tokyo.

Yet, despite direct involvement in some of the  Commonwealth Bank Matildas' greatest footballing achievements so far, the 28-year-old still believes that the true impact of her abilities, will be measured by how she guides her national team over the next 5-10 years, as Australia hopes to reclaim the AFC Asian Cup, and prepare for the first FIFA Women's World Cup to be played on home soil.

I feel like this decade is the turning point in Australian women's football. I hope that in 50 years time, people look back on this time and this team. 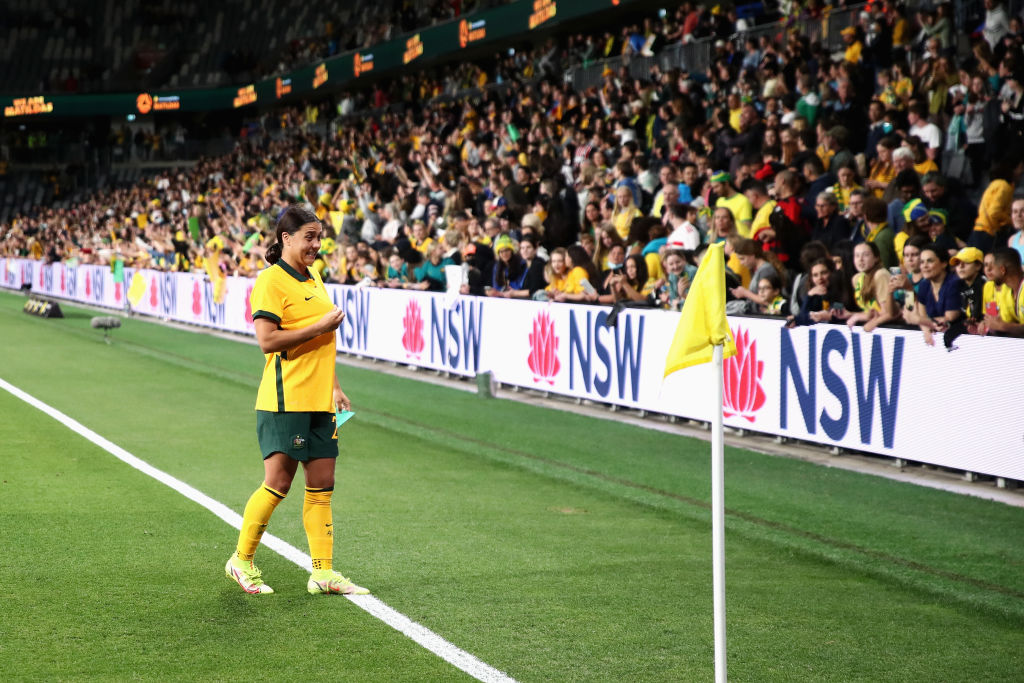