For Westfield Matildas forward Kyah Simon, her Olympic flame was lit on a warm Monday night on 25 September 2000.

On that night Cathy Freeman ran into the history books and ignited an Olympic dream for a generation of children, including a 9-year-old Simon.

“The moment I watched Cathy Freeman win gold at the 2000 Games, [that] inspired me to want to be there one day,” Simon said.

I wanted to strive for greatness and represent my country at the pinnacle of the sport.”

14 years later, in a stadium 13,000 kms away from where the dream was kindled, Kyah Simon was finally able to emulate her childhood idol and represent Australia at the Rio 2016 Olympic Games.

“To say you’re an Olympian is something so special,” Simon said.

Only a handful of people get to experience that in their careers. It is something I will cherish; being able to say I went to an Olympic Games is a memorable moment in my career.”

“As a kid it was a dream to play in an Olympics and I achieved that dream.”

While making an Olympic debut and scoring a goal were significant moments, following that up with a quarter-final against hosts Brazil, in a full stadium, was something Simon described as “unforgettable.”

As the Westfield Matildas boarded the bus and drove to the Mineirão stadium in Minas Gerais, the streets were crammed with Brazilian fans waiting to get into the stadium. Once inside, the 60,000 fans created a wall of noise Simon hadn’t experienced before or since.

“The noise on the pitch was deafening,” she said. “I couldn’t hear the girls five to ten meters away, [and] definitely couldn’t hear Staj on the sideline. Every time the Brazilians had the ball, dribbling or when it went for a throw in, the crowd would be in an uproar. I’ll never forget it.” 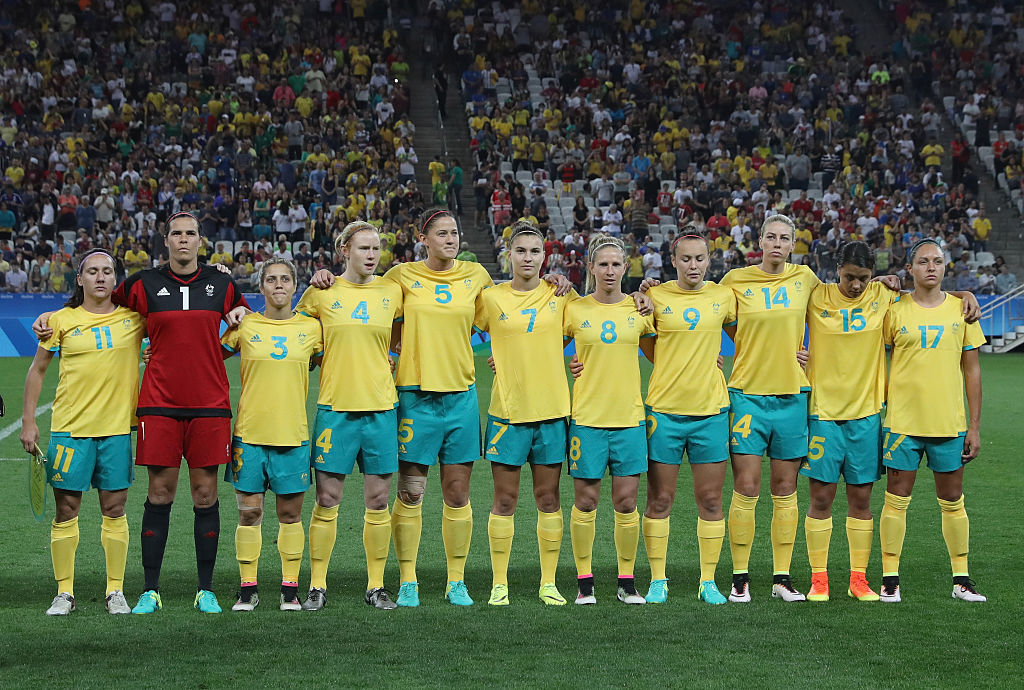 Although the Westfield Matildas went out on penalties after being dead locked for 120 minutes, Simon holds that game and tournament as one of the most important for the side overall.

Simon hopes seeing someone like herself performing on a big stage like the Olympics will result in another generation of getting to live out their dreams, much like seeing Cathy Freeman winning gold at Sydney in 2000 achieved.

Knowing the impact the Matildas had, and the people we were able to inspire people after the 2016 Olympics was a big moment for me.”

“I know how Cathy Freeman winning impacted me and [knowing] the Matildas’ run did similar for young girls is a touching moment.”

“The 2016 Olympics had a pivotal role in shaping the Westfield Matildas side that is successful today,” Simon said.

“We were really passionate about being there and we knew that Australia were relying on us.  That is what we carry as a team every time we go into a tournament; we want to make the country proud.”

“Each major tournament, the Matildas have made a statement and shown the progress of the team.”

With Tokyo 2020 the Westfield Matildas have yet another opportunity to continue to build on the progress and the legion of support received since 2016.