FFA chief James Johnson says the FFA’s desire to put football first is behind the ongoing ‘around the clock’ efforts for Sydney to host next week’s 2020 AFC Women's Olympic Qualifying Tournament.

The decision to shift the tournament to Sydney after the coronavirus outbreak in Wuhan, China, was made by the Asian Football Confederation and revealed on Saturday.

Johnson says the result comes from ongoing discussions between FFA, the AFC and all the associated participating member associations to ensure the tournament took place in safe conditions for all.

“It’s obviously a delicate matter and we have been in close contact with the Chinese Football Association and the AFC, and we’re very happy that they’ve decided to move the tournament outside of (China),” Johnson told reporters on Monday afternoon.

“The good news is we will host this competition; we thought it was the right move for all, in particular all the national teams involved and for our Matildas themselves.

“We are thrilled to be able to host this event, we think it’s a great way to promote the Matildas in Australia and promote football, and we think it sends the right message.

“It’s been a very heavy 24 hours, the [FFA] staff have been working around the clock and we think both decisions to move the tournament outside of China and into Australia is a very good one.”

The decision means the Matildas will compete in the 2020 AFC Women's Olympic Qualifying Tournament on home soil, hosting China PR, Thailand and Chinese Taipei as the tournament takes place between February 3-9.

Johnson says the FFA is in close contact with the AFC arranging when and where each game will take place, and these finer details will be announced imminently.

“It’s going to be very soon, it has to be,” Johnson said.

“There’s still a lot of work for us to do operationally, but right now the original match days are going to remain the same; those match-days are the third, sixth and ninth of February, with two matches - or double-headers - being played each day.

“The kick-off times, we will have to work closely with AFC and confirm.

“What we can say is all matches will be played in and around Sydney, we’re still trying to lock in those venues but we should know hopefully in the next 24 hours where they’ll be played.”

Johnson says that despite the unfortunate and delicate circumstances of the host nation switch, Australia have received the chance to show what kind of show they can put on when hosting an international competition, with one eye on Australia’s bid to host the 2023 FIFA Women’s World Cup.

“I think it sends the right message internationally; it will show we can not only host events but host events very well, at short notice,” Johnson said.

“I think the consideration for the Women’s World Cup when that decision arrives will be ‘if we can do this on short notice in this sort of way, what sort of tournament could we do if we’ve got three years notice?’

“We’ll do a great job and this will certainly strengthen our cause, which is to bring the Women’s World Cup to Australia in 2023.”

With logistics, financing and player safety in mind the FFA face an intense week of preparation for the 2020 AFC Women's Olympic Qualifying Tournament, but Johnson says taking on the responsibility of putting on the tournament in Australia was a no-brainer if you assess the situation with football as the number one priority.

"When we took the decision to put our hand up we really thought about what kind of organisation we wanted to be," Johnson said.

"We want to be an organisation that puts football at the heart of everything we do.

"What better way could we do that by bringing these qualifiers to Australia, bringing our Matildas home for three matches, and giving Australia the opportunity to see our favourite national team play three more matches than what was currently on the schedule?

"The cost actually isn’t the problem, we just want to be that kind of organisation that puts football first." 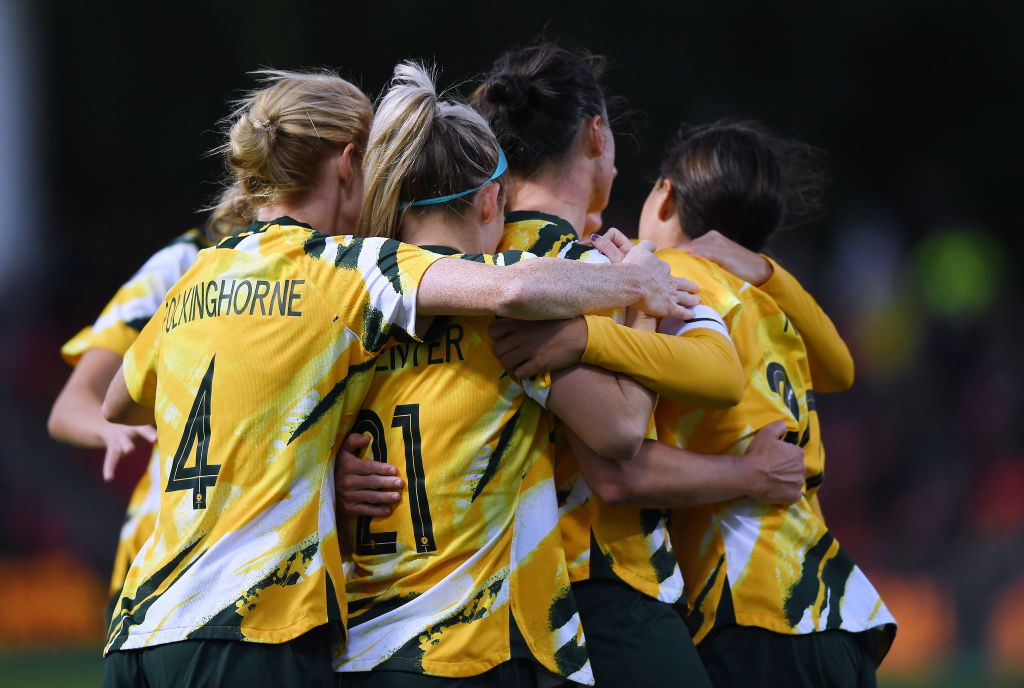