Raso: Getting waived was the best thing that happened to me

Few professional athletes would describe having their deal ripped up as the best thing that could have happened to them.

Not Hayley Raso, whose infectious enthusiasm has seen her establish herself as a regular with the Westfield Matildas and once again make her stamp on the NWSL ahead of the 2018 Tournament of Nations.

READ: The call that convinced Gorry to tear up club plans

Things could have turned out very differently for then 21-year-old when she was waived by Washington Spirit heading into the 2016 NWSL season.

“Now that I look back it was the best thing that has ever happened to me,” explained Raso, speaking to matildas.footballaustralia.com.au as the Westfield Matildas prepare to kick off their 2018 Tournament of Nations campaign on Friday.

“[Head coach] Mark [Parsons] gave me a lifeline by picking me up and bringing me to Portland.

“You know, I came here, start most games, we won the year I came here so it’s been a great environment to be in and I think Mark brings out the best in me so I like being here.

“The fans here are great, it’s nothing like I’ve ever seen – 18,000 plus fans and to hear them all cheering your name is just unbelievable.”

Raso’s growing form and confidence has seen her re-emerge on the international stage, having debuted for the Westfield Matildas as a 17-year-old flying attacker.

Although she went to the 2015 FIFA Women’s World Cup under coach Alen Stajcic, it’s in the last 16 months that Raso has impressed the most, earning 13 of her 27 caps (and almost two-thirds of her total international minutes) in this time.

While she’s a winger for club — in both the NWSL and Westfield W-League — for country, Raso has also shown promise as a right fullback, where her pace and directness caused havoc for Japan in the 2017 Tournament of Nations clash.

There, Raso’s advanced positioning and lethal speed set up the first of Sam Kerr’s three goals, cutting through Japan’s defence with one forward run.

Fast forward to the 2018 edition of the Tournament of Nations and the 23-year-old is looking forward to shaking the underdog tag and taking on the trio of Brazil, the United States and Japan with the mindset of backing up their title success.

“I think our ultimate goal as a team is to always win and have a winning mentality but I think last Tournament of Nations we were an underdog,” Raso explained.

“We were looked at as if ‘how can these girls win it?’. We went in we performed so well in all those big games and we did win.

“Now we’re in a different position where were backing up the title so people know we can perform and that we did do well so I think teams will be going after us. But I think that we are a team and we come together and want to win big tournaments. 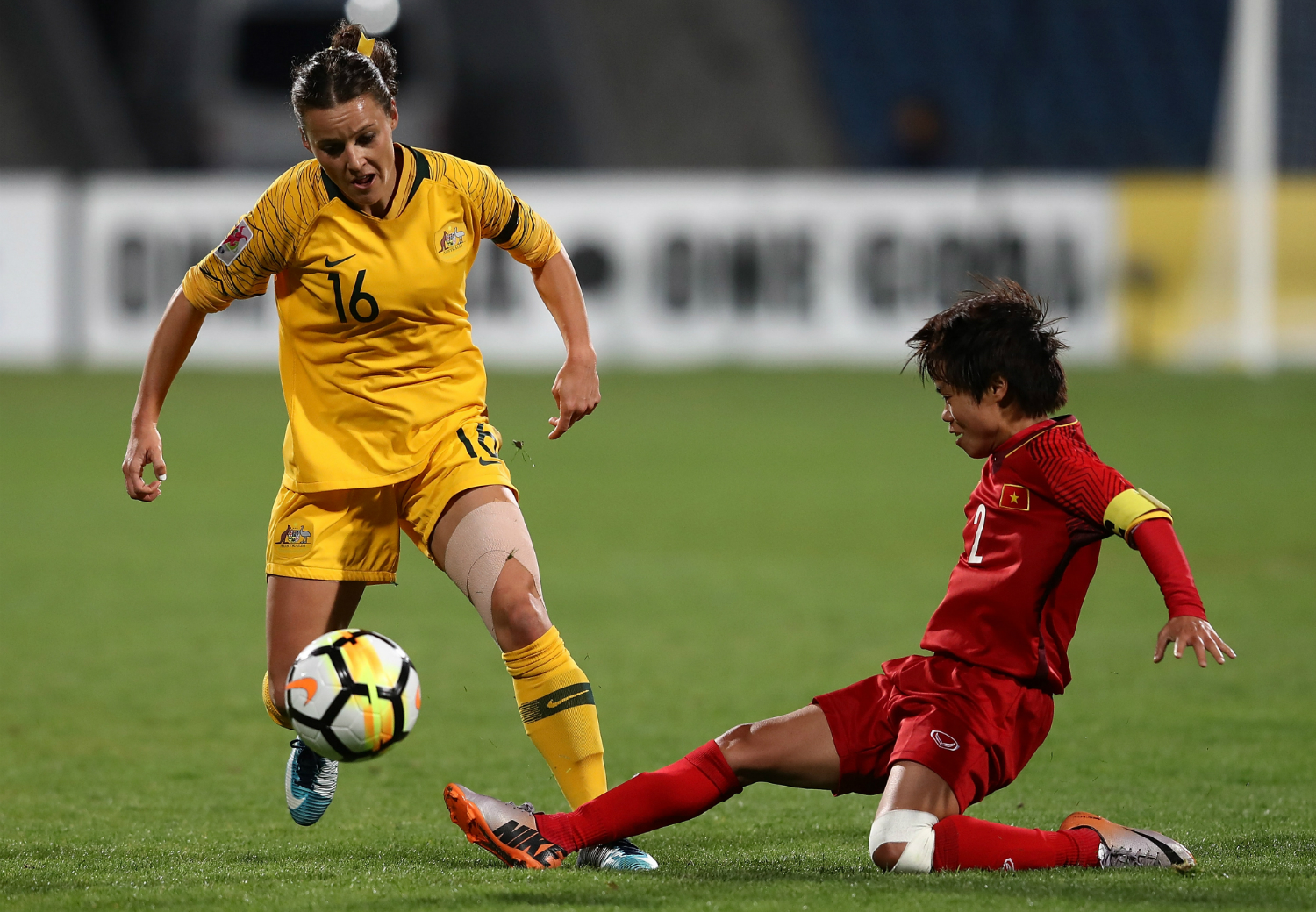 “We’re going out there to do that [at the Tournament of Nations].”

Back-to-back Tournament of Nations titles would prove pivotal to continuing the momentum of the Westfield Matildas.

In 2017, interest and popularity surrounding the team was unprecedented and with the 2019 FIFA Women’s World Cup looming on the horizon, the aims of achieving something special are front of mind.

“When we ended up coming back home and playing those friendly matches in Newcastle and Penrith we had so many fans come out to support us … hopefully that [hype] continues.

“All the girls that have been involved right now would like to create history at some point in time.

“But I think we are just going out there and creating an environment to try and create a positive impact on women’s soccer and we hope that it only continues to grow in years ahead when people are looking back and going, ‘these girls did create something’.”

In club land, Portland Thorns are also hoping to continue their position as NWSL contenders.

Although North Carolina Courage look all but certain to run away with the NWSL Shield, Raso and other Thorns teammates are returning to form and fitness at the right time to push for a play-off birth and a shot at the NWSL Championship.

“At the start of the year we were struggling with a bunch of injuries,” explained Raso, who missed the start of the NWSL season with a knee injury sustained during the 2018 AFC Women’s Asian Cup.

“We were struggling to get our strongest squad out together, but now we’ve got most of our players back and were missing just a couple now [including Westfield Matildas attacker Caitlin Foord who edges nearer a return].

“We’ve got almost our strongest squad out there and we’ve got depth coming off the bench and once we get our last few players back in I think we’ll be unstoppable.

“It was the same last year when we were carrying a few injuries and then towards the end of the year we started to get our squad back.

“Every game has become a play-off game, every game we go into we need to win. There are so many teams around us on the ladder that we need the three points to make that top four play-off position.”