The 21-year-old left-back arrived in Melbourne on Wednesday following the conclusion of her National Women's Soccer League stint in the United States, where she played for Portland Thorns.

With 39 international caps, Catley played an integral role in the Matildas' FIFA Women's World Cup 2015 campaign, featuring in all five games as Alen Stajcic's squad progressed through to the competition’s Quarter Finals. 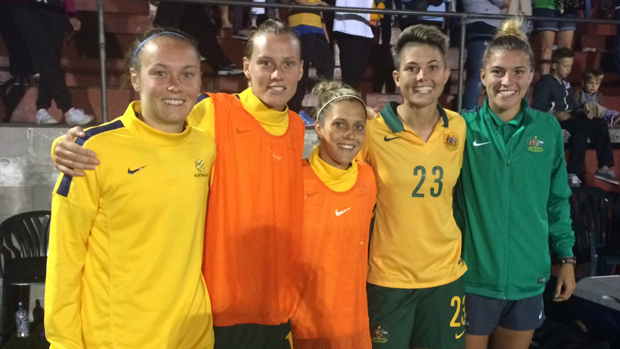 A veteran of the W-League set-up, Catley made her debut for cross town rivals Melbourne Victory aged 15, before going on to captain the Club.

Born and raised in Melbourne, Catley has twice been crowned Football Federation Australia’s Female Young Footballer of the Year (2012, 2013) alongside the W-League Young Player of the Year award (2012-13).

At just 21, Catley brings over six years of experience at the highest level, playing over 60 W-League matches across seven seasons.

Catley said she was excited to embark on her new chapter with City.

“I’m really excited to start my career with City; it’s a great club with a clear ambition, a great group of players and fantastic facilities.

“With only five weeks until the start of the season, the focus is on our opening match in October and we can’t wait to get started.”

Regarded as a Matlidas' fan favourite, Catley created history earlier this year when she was voted as the first female to appear on the cover of FIFA 16.

Catley will wear the number 7 jersey.