Westfield Matildas coach Alen Stajcic is adamant his side is capable of claiming the gold medal at the Rio Games having proved themselves to be the best in Asia in qualification.

Prime Minster Malcolm Turnbull addressed the players at an official function in Sydney on Monday.

He said he hoped the team would be in the Gold Medal play-off at the Games.

Stajcic said the Matildas had already set their own goal to be on the dais at August’s showpiece event as they try to manage a new level of expectations.

“We’re talking like that, we’re fully confident in our own abilities,” Stajcic told reporters. 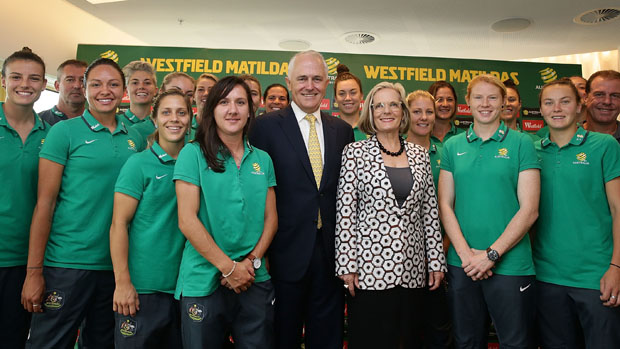 “We all know what the capabilities are within the team and if we put it all altogether, and I think you saw an indication of it at qualifiers, but if we can keep improving we can certainly challenge for medals.”

Stajcic said the Matildas had been overwhelmed by the support they’d received in Japan and the backing had helped inspire the squad’s recent performances.

“It’s just a massive boost for our confidence and just the fact that we’ve got so much respect and adulation from the Australian public coming home,” said Stajcic.

“It means so much to the team. I think we’ve really broken through the barrier of mainstream Australia and it’s something that we’ve strived for for a long time.

“To know that we’ve got that recognition just further reinforces how powerful football can be.To now know that the girls are fully pledged role models for up and coming boys and girls just really gives us an extra spurt to keep going towards Rio.” 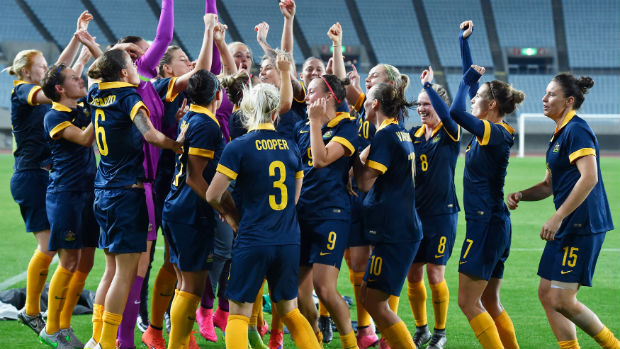 The Matildas, currently ranked 9 in the world, look set to rise up the standings off the back of their unbeaten run in Osaka.

The world’s top three of USA, Germany and France will all be at the Rio Games, with Stajcic saying top three will be the next goal for his young squad following the Games.

“I’ve known these players for a long time and known what they’re capable of and there’s just so much talent within this group.

“And there’re still so young, that’s the best part.

“The majority of players are still between 20-24 years of age so the world’s our oyster.

“If we keep improving and working hard - we’ll be ranked five or six come the next rankings - and our goal is to push ahead by the next World Cup and be in the top three and we’ve got that within the group.”