Matildas Abroad Review: Foord and Kerr on the scoresheet in the Women's FA Cup

Caitlin Foord and Sam Kerr were on the scoresheet this morning in the Women's FA Cup, with Arsenal, Chelsea and Manchester City advancing to the semi-finals after comfortable wins.

Arsenal, Chelsea and Manchester City all secured convincing wins in the Women's FA Cup this morning, with the semi-finals set for late October.

After the final stages of last season's competition were delayed as a result of the coronavirus pandemic, Manchester City, Chelsea, Arsenal and Tottenham Hotspur all kicked off their campaigns this morning.

The current Women's FA Cup title holders, Manchester City, turned on the style early this morning to defeat Leicester 6-0. After a scoreless first half, Manchester were eager to show why they lifted the trophy last season.

Goals to Vicky Losada, Alex Greenwood, Filippa Angeldahl and a hat trick to Bunny Shaw secured the win for the hosts, through to the semi-finals. 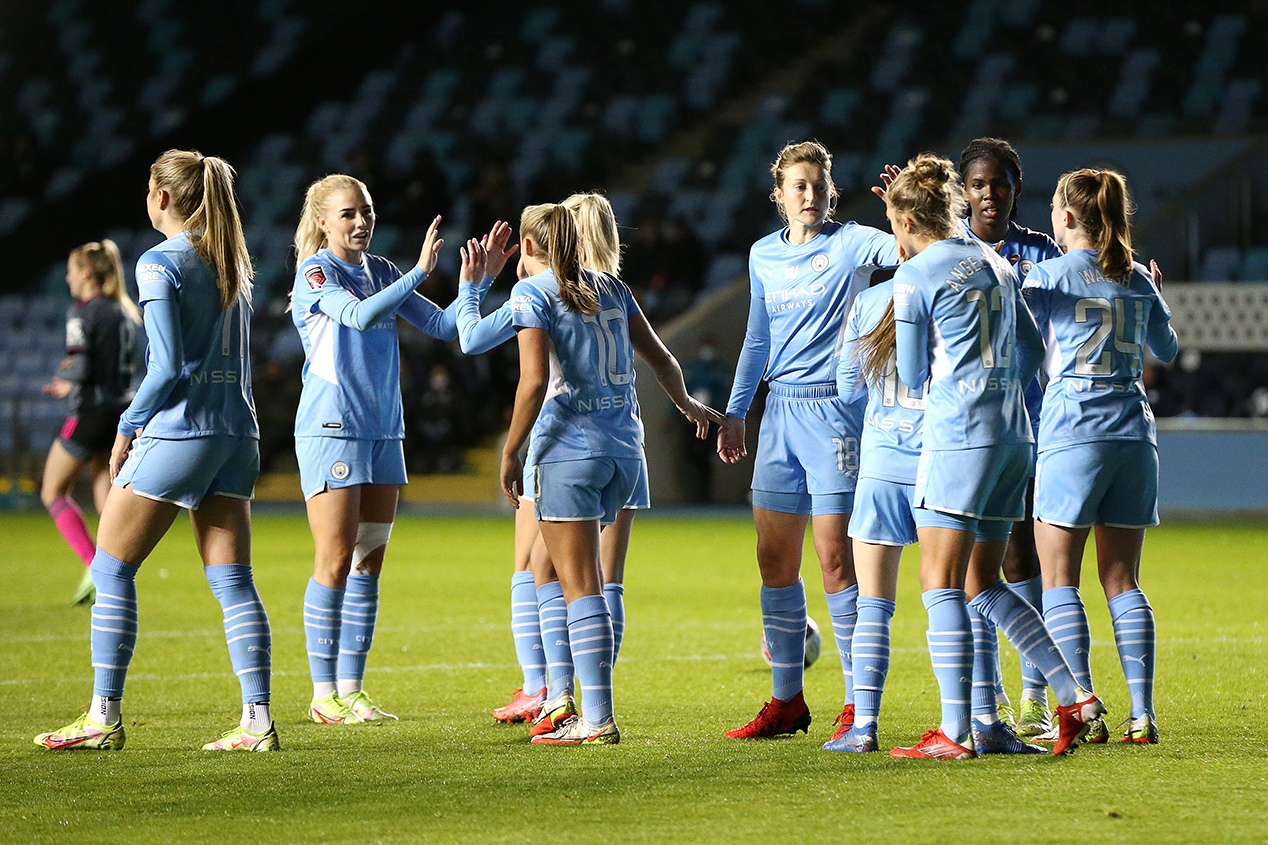 With an injury-depleted squad and Alanna Kennedy ineligible to play, coach Gareth Taylor was only able to name four substitutes for the game.

Hayley Raso still remains injured for City, but coach Taylor is hopeful most of his starters will be back for their semi-final game.

Manchester City have a tough semi-final fixture, facing Sam Kerr's Chelsea for a spot in the Women's FA Cup final.

A North London derby was on the cards for the quarter-finals of the Women's FA Cup, with both sides sitting in first and second place on the FA WSL table.

Lydia Williams made the start in goals for Arsenal and was challenged early, with Spurs finding the opener just three minutes into the game.

Japenese international Mana Iwabuchi found the equaliser for the Gunners, striking the ball just outside the box to restore parity.

Arsenal took the lead at the half-hour mark, with a Lotte Wubben-Moy header taking a deflection off a Spurs defender.

Caitlin Foord made the start for Arsenal and scored the third just before halftime, Nikita Parris gave the hosts a 4-1 advantage going into the half-time break.

Lydia Williams was tested in goals early in the second half, denying a one-on-one chance from Chioma Ubogagu.

Foord had Arsenal's fifth late in the second half, with Steph Catley replacing Foord at the 77th-minute mark to see out the win.

Kyah Simon did not feature for Spurs, still out with a hamstring injury sustained against Manchester City in the WSL second round.

Arsenal will now face Brighton & Hove Albion for a place in the Women's FA Cup final to be played at Wembley Stadium in December.

Sam Kerr's Chelsea faced played Birmingham City away in the quarter-finals, with Emma Hayes looking to rotate the side with WSL games on the weekend and their first UWCL fixture against Wolfsburg next week.

Hayes elected to bench her usual dynamic front three in Kirby, Kerr and Harder, electing to change up her normal starting line-up.

Kerr made an appearance off the bench in the second half and found Chelsea's opener at the hour mark, rising highest in the box and heading home the goal for Chelsea.

Kirby and Harder came off the bench at the 65th-minute and made an immediate impact, with Fran Kirby scoring two goals and Harder finding Chelsea's fourth deep in stoppage time to seal the 4-0 win for the Blues.

Emma Hayes' side is looking to win the domestic quadruple, after already claiming the FA Community Shield, Continental Tyres League Cup and Barclays FA Women’s Super League, the Women's FA Cup is last on the agenda.

Chelsea has a tough semi-final fixture, facing Manchester City for a spot in the Women's FA Cup final.