Could not retrieve the oEmbed resource.

Amy Harrison and Kyah Simon commence their season in the Netherlands, three Aussie v Aussie clashes in England and Katrina Gorry and Clare Polkinghorne look to close the gap in Norway.

This weekend’s FA Women’s Super League fixtures are set to see all six teams featuring Westfield Matildas scheduled to meet in Round 2.

Early Sunday morning at 2.20am AET, there is set to be as many as four Westfield Matildas facing off.

Mackenzie Arnold and Emily van Egmond are in line to feature for West Ham against an Arsenal side with Steph Catley and Caitlin Foord.  All four come off solid starts to their league careers, with West Ham searching for their first three points of the season while the Gunners will aim to continue their blazing season start.

Sam Kerr and Chelsea will kick off the Sunday night action at 9.30pm against Chloe Logarzo’s Bristol City.  Both teams expressed their disappointment at the opening round results and will be looking to make amends.  It could be a late birthday present to the Westfield Matidas captain who turned 26 on Thursday.

"It’s always the mentality that you can’t afford to drop many points, but the league is getting stronger and stronger,” said Kerr on Chelsea’s website this week.

“Each team is getting stronger and stronger, so we’re just focusing on ourselves and taking each game at a time.”

The final match with duelling Aussies sees Hayley Raso’s Everton with their first home match against Alanna Kennedy’s Tottenham.  The Toffees come off a confidence boosting 4-0 win while the Spurs are looking to take some points on the road.  Kick off is 10.00pm on Sunday evening.

MORE: Register for the reveal of the new Nike 2020 Australia National Team Kits

Round 2 of the Feminine Division 1 leads with Mary Fowler and Montpellier taking on Laura Brock’s Guingamp at home with the match kicking off at 2.30am AET on Saturday morning.  Both sides are looking to record their first wins of the season after an opening round draw and loss, respectively.

Also kicking off at 2.30am AET, Ellie Carpenter will be aiming to build on her positive league debut as Olympique Lyonnais travel to face Stade de Reims.  Lyon opened the season with a strong 4-0 and will look to pick up early points in the season.

Meanwhile Emma Checker and Fleury 91 hit the road to take current joint leaders Le Havre.  Fleury had a positive start to the season with a draw against Montpellier but will want to notch up an early season victory.

After being pushed back one week, PSV Eindhoven will finally start their quest for the Eredivisie Vrouwen this weekend.

Kyah Simon and Amy Harrison’s side are chasing their first Eredivisie after COVID forced the early conclusion of the last season.  At that time PSV held a healthy seven-point lead at the top of the table and looked on the way to the championship.

Plenty of matches during the pre-season has demonstrated PSV’s intent and they will aiming for a strong start against SC Heerenveen. Kick off is at a very reasonable 8.15pm AET on Sunday night.

Arna-Bjørnar will be looking for some needed points when they lead off Round 12 of the Toppserien.

While the team has been up and down of late, Teagan Micah has cemented her spot in the team with regular 90 minute performances.  Arna-Bjørnar will host Kolbotn on Saturday evening with kick off at 10pm AET.

At 11pm Katrina Gorry and Clare Polkinghorne’s Avaldsnes will host a top of the table clash with Vålerenga.  Avaldsnes enter the fixture four points behind the visitors but their run has them the form team of the competition.  The crucial clash kicks off at 11pm AET on Saturday night.

Not far behind the duo are Karly Roestbakken’s LSK Kvinner.  It has been a mixed bag of results for the defending champions in recent weeks but, with the top two facing off, it could be a big chance for them to bridge the gap.  Kick off is at 1.00am AET on Sunday morning.

Across in Sweden Vittsjö will be working to continue their run as one of the in form teams of the Damallsvenskan.  It’s a big opportunity for the southern club to put some pressure on the top four as they travel to face Linköping.  Emily Gielnik and Co will kick off their round 15 action on Sunday night at 11pm. 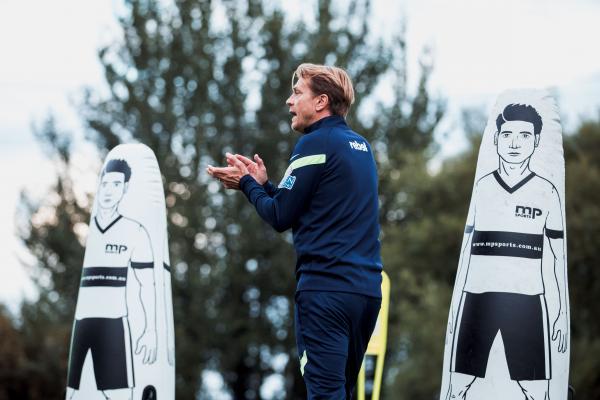