Emily Gielnik’s first-half goal was enough for the Westfield Matildas to beat Chile 1-0 in Adelaide on Tuesday night to wrap-up their two-game series in style.

One of four changes to the team that prevailed in Sydney on Saturday, Gielnik made the most of her start with the match-winner midway through the first half.

The Westfield Matildas created a host of chances in both halves to extend their advantage but had to settle for the one-goal win in front of an excellent crowd of 10,340 at Coopers Stadium.

And it was another excellent hit-out for Ante Milicic’s squad ahead of February’s qualifiers in China for the 2020 Olympic Games.

It was a cagey start from both sides in the first 20 minutes with little goal-mouth action until Sam Kerr’s first moment of magic set-up Gielnik’s opener.

The Westfield Matildas skipper’s incisive pass was perfect for Gielnik to finish off on a tight angle for her eighth goal in the Green and Gold.

The goal sparked the home side to life and they created a host of chances to double their lead before the break.

Ellie Carpenter scooped an effort over the bar soon after, while Amy Harrison and Tameka Yallop both had Chilean keeper Natalia Campos on her toes.

Kerr won a spot-kick in first-half stoppage-time but her well-struck penalty was brilliantly saved by Campos.

Keen to atone for that miss, Kerr rattled the woodwork with a piledriver early in the second half, while Harrison had a shot cleared off the line as the Westfield Matildas went for the kill.

The visitors best chance came just before the hour mark as Daniela Zamora got on the end of a free-kick into the box but Lydia Williams denied her with an outstanding save.

There was another nervous moment when a deflected strike from distance almost lobbed Williams, with the ball going just over after skimming the crossbar.

Both Kerr and Chloe Logarzo had half-chances to double the lead late on but Gielnik’s goal proved enough to hand the Westfield Matildas another win on home soil.

After a cagey first 22 minutes, the Westfield Matildas come up with some quality in the front third, with skipper Sam Kerr heavily involved.

Picking up the ball in Chile's half, Kerr's inch-perfect pass split the defence and picked out Gielnik's well-timed run.

The Bayern Munich attacker took a touch before striking from a tight angle, with her shot taking a slight deflection before beating the keeper at the near post.

Campos denies Kerr from the spot

Kerr won Australia a penalty in first-half stoppage-time when she was felled in the box by keeper Natalia Campos.

But the Westfield Matildas superstar was unable to convert, with Campos pulling off a stunning save to down low to her right to palm it away for a corner. 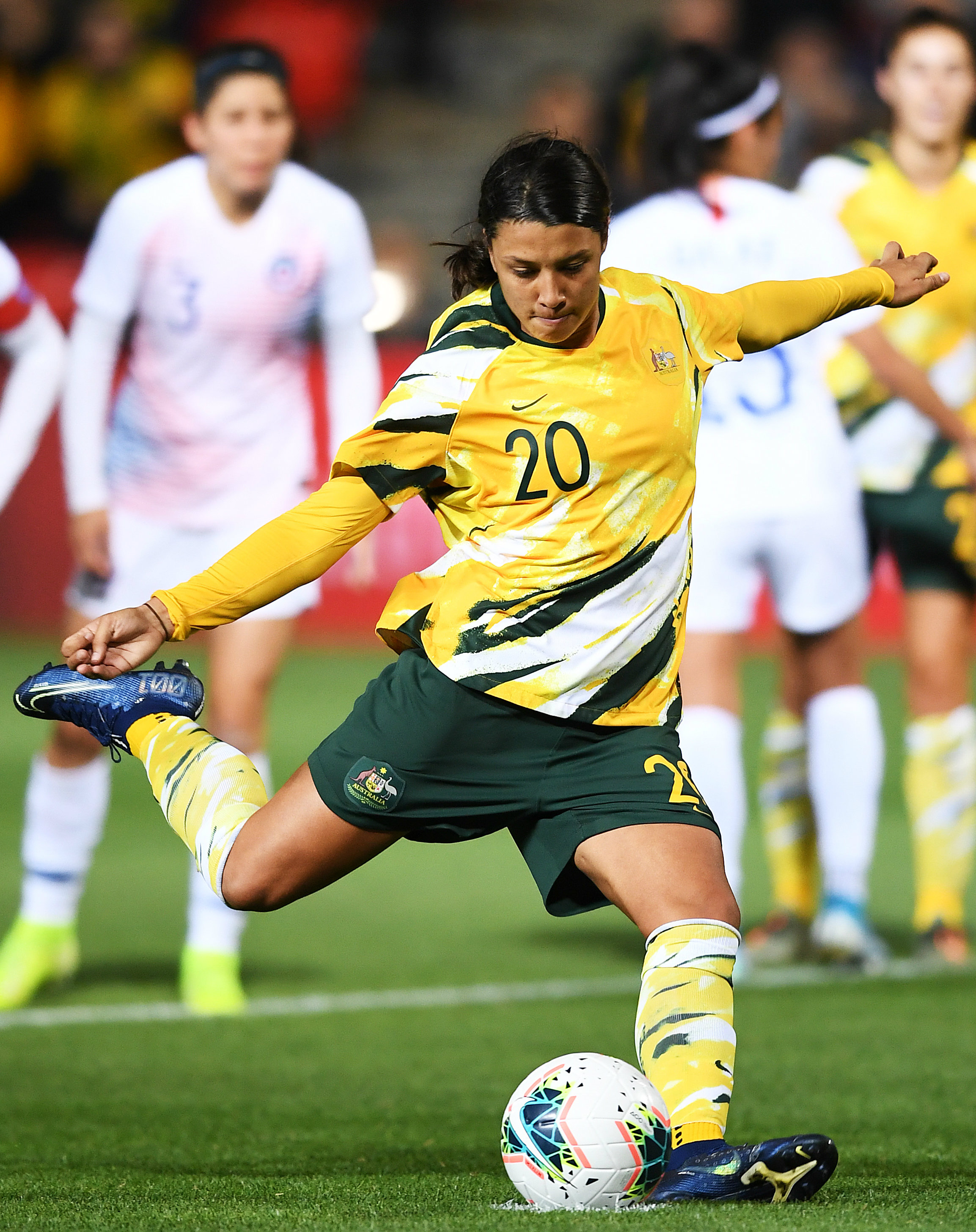 Kerr sprung the offside trap and surged towards the Chile box before unleashing a vicious strike which cannoned onto the crossbar.

Just a minute later and Harrison got on the end of a powerful run and cross from Ellie Carpenter, with her shot beating the keeper but was hacked off the line by a Chilean defender.

Williams makes a massive save

A virtual spectator for the first 58 minutes, Westfield Matildas keeper Lydia Williams had to be at her instinctive best to deny Chile an equaliser.

A free-kick into the box picked out Daniela Zamora at the back post but Williams somehow blocked her sliding effort from close range.