Westfield Matildas forward Kyah Simon has been named the Player of the Week in the Eredivisie Vrouwen.

Simon was a key player for PSV Eindhoven in their opening match of the season as they defeated SC Heerenveen 2-1 last weekend.

Starting in her debut match for the Dutch club, the 29-year-old was active throughout her full 90 minute stint in the PSV attack.

In the 36th minute, Simon was on the end of a cross with her header hitting the post before rebounding to Joëlle Smits for the opening goal. 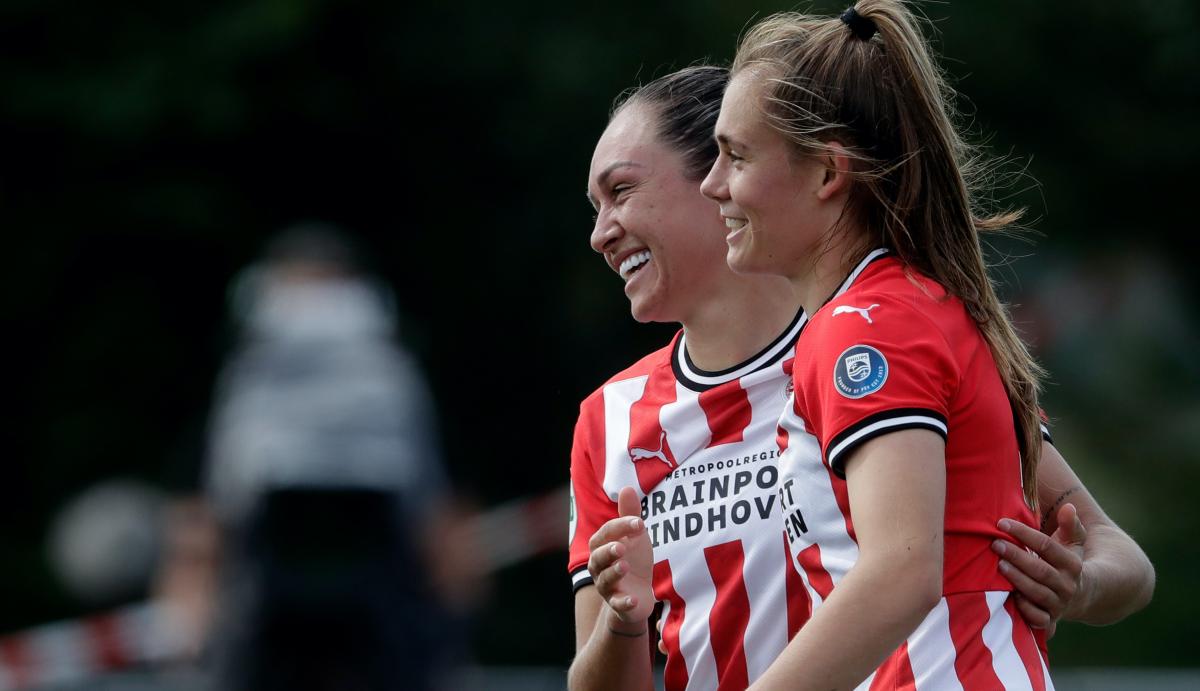 The pair combined again in the second half with Simon’s quick switch releasing Smits, but this time the striker aimed just wide.

Simon’s productive start up front with PSV is a testament to her enjoyment at returning to a role as a main striker.

“I'm actually playing up front here for PSV so that's been really nice and given me almost a new lease on playing again,” she told matildas.com.au last month.

“It's only been the last few years I would say that I've transitioned a little bit more into that 10 role. I still don't have a preference, but I think deep down I enjoy being a striker.  I think that's really where I belong only because I've played so many of my younger years in that position.”