Despite bowing out at the quarter final stage of the Women's FA Cup, Alanna Kennedy expressed her pride at the Spurs' performance on Saturday afternoon.

Kennedy’s Tottenham were outdone by Arsenal in the second half as they shipped four goals in a 4-0 defeat to their North London rivals.

Spurs showed positive signs throughout the contest and it was not until around the 70th minute mark, when the Gunners first scored that they started to show cracks in their performance.

“There at the end, it was just a couple of individual errors that we can work on and easily fix but as a team, as a unit I believed we played well,” Kennedy told Spurs TV.

“The scoreline, I don't think was a reflection of the game at all - I'm proud of the team.”

The 25-year-old is adjusting to a new midfield partnership which she believes has gone from strength to strength since she arrived at the club.

“Both Pep (Chloe Peplow) and I once we get on the ball, we’re good plus Kit (Kit Graham), Kit’s a crafty player and so the combination between the three of us is getting better and better,” she said.

We spend a lot of time together so I think we’ll just continue to grow from here.”

Kennedy was upbeat despite the defeat and believed that there were plenty of promising signs to take away from the match. 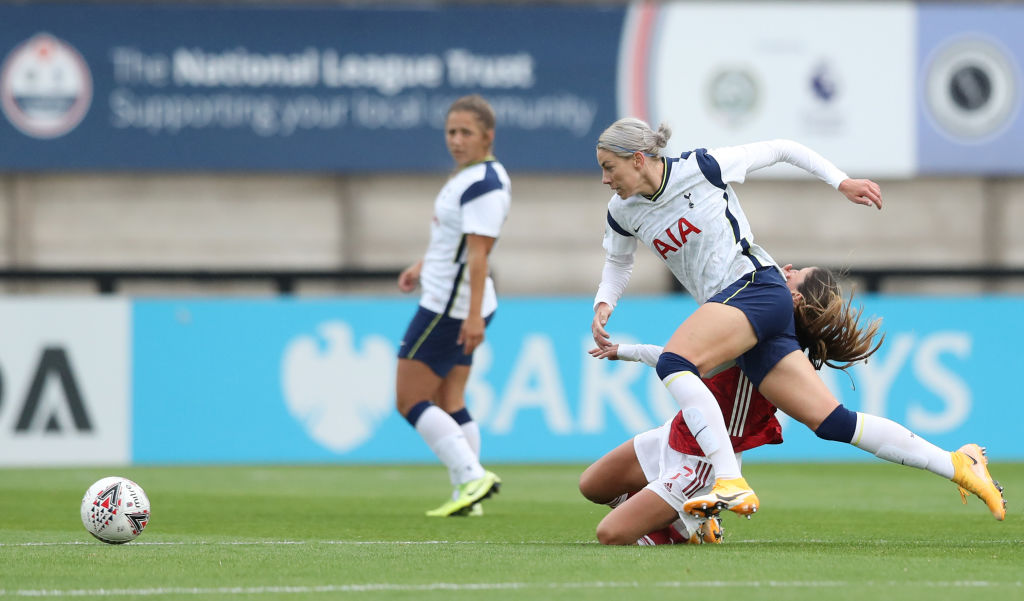 “The goals aren’t the focus, it’s more what we did going forward,” she said.

“We’ve got a lot to work on but there were definitely a lot of positives to come out of it too.”