The ParaMatildas were officially launched on Monday as part of Legacy 2023, allowing women and girls with cerebral palsy, acquired brain injury (ABI) and symptoms of stroke to represent their country at the highest level.

The introduction of the ParaMatildas highlights a vision from the FA for greater exposure of women's football at all levels, with the side aiming to compete at the highest level of international tournaments alongside their male counterparts.

ParaMatildas and Paralympic star, Georgia Beikoff, was there for the official announcement, with the London 2012 participant ecstatic at the chance to regularly represent her country in the sport she loves.

"It's indescribable, I've been dreaming of this since I was six years old," she said.

I used to be the only woman with cerebral palsy that I knew of that played, it was difficult. But I grew up in a family where the word 'can't' didn't exist.

"A family where my mum was a piano teacher and my dad played rugby, hockey, and soccer. Playing sport was just very natural."

The 28-year-old brings a high level of athletic pedigree and experience, having worn the green and gold with pride at the Paralympic Games in London 2012, as the nation's premier javelin thrower.

However, the opportunity to play football for Australia was never going to be turned down, with Beikoff hoping to pass down her sporting professionalism to a new generation of girls.

"I ended up going to the Paralympic games when I was 19 for athletics and came back with a bronze medal, which was just a wonderful experience, to represent your country,"

But football has always been my first love, so it's really exciting that this is happening. Just because we have limitations, it doesn't stop us from doing what we love,

"Having cerebral palsy,  you learn how to be determined and to fight with a free spirit, to never give up because there are things that you can do, that you probably wouldn't have thought you would be able to." 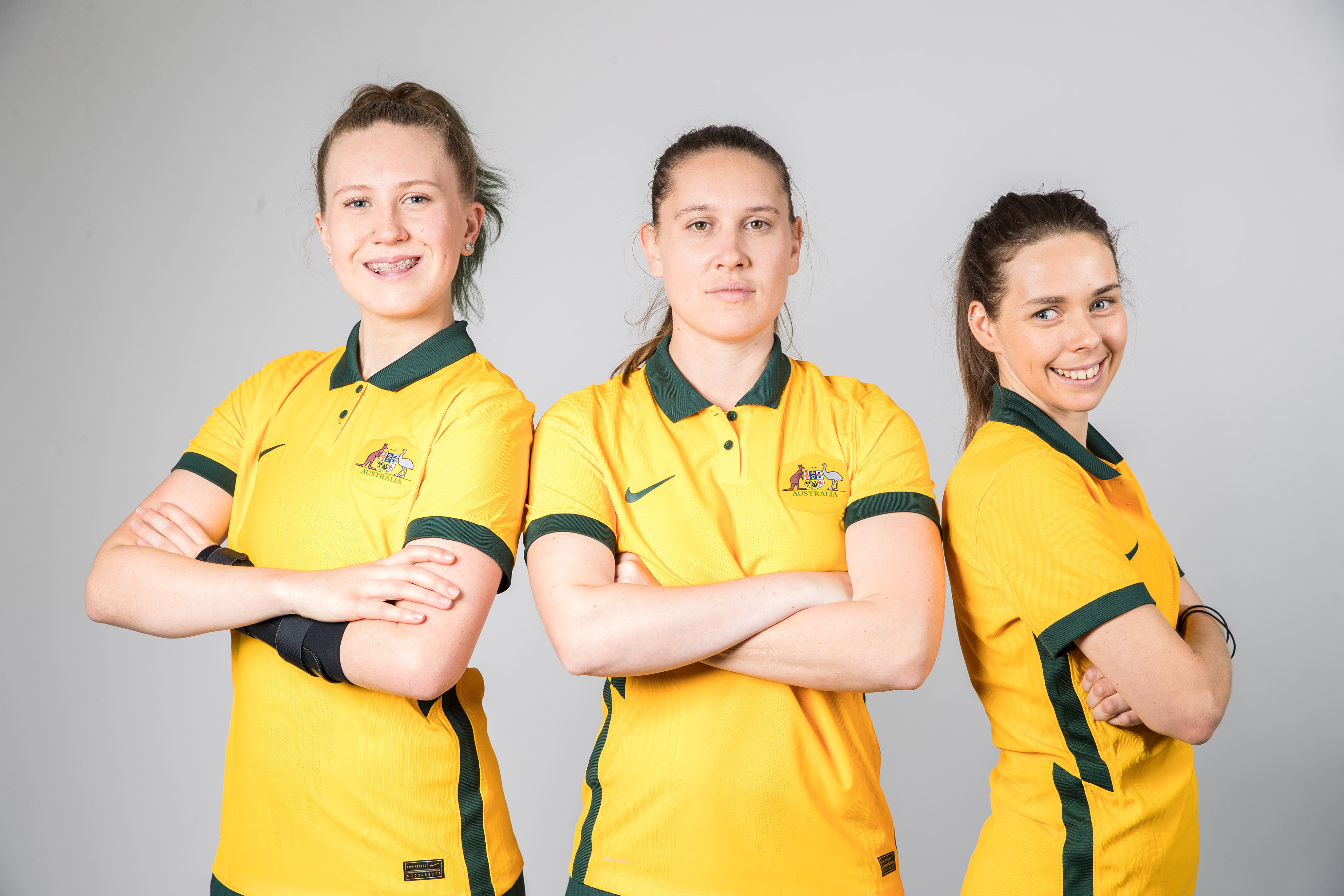 The announcement comes as part of the Legacy 2023 project, that intends to expand the exposure of all women's football prior to and after the 2023 FIFA Women's World Cup. Beikoff believes now is the time for the footballing world to embrace women and girls with disability who have a passion for the game.

Football is the beautiful game, not just for us physically, but it's a language, a language to connect with the world,

"It's just really exciting that we are now a part of a Matildas team. Things are happening in the world of sport for people with all abilities," she said.

"Hopefully with Legacy 23, we can get more exposure and fundraising.

"We've had a Pararoos team for the last 30 years and not many people know about it. If young girls can support us now, then in 10 years time, we will have a base of girls in their teenage years or early twenties."

Football Australia CEO James Johnson, spoke of his excitement, when asked about the introduction of the ParaMatildas to the growing National Teams family.

“Today is a momentous occasion for Football Australia. With the launch of the ParaMatildas we are closing the gap in Australian football and ensuring that women and girls have the same pathways as men and boys in our game."

"This announcement is the result of years of incredible commitment, hard work and belief from many people in our football community, and it will be transformative for our All Abilities programs.”

Australia will be a global leader in women's football, with the co-hosting the FIFA Women’s World Cup 2023™ in less than 500 days time. With this, we now plan to leverage the milestone event to develop a sustainable, world-class ParaMatildas program."

The ParaMatildas inaugural head coach Kelly Stirton, who has built her career as a long-standing All Abilities coach and program coordinator, expressed her pride at being named head coach and explained the potential impact of the ParaMatildas.

This has been a dream of mine to be able to take a team to the national level,

“Being able to say I've coached an Australian team has been a dream because we now have a pathway created from young children to adults and the ability to say to all players that they can represent their country.

“This team will stand proudly alongside their Commonwealth Bank Matildas teammates as iconic female footballers and that is an incredible visual that we are portraying as a sport.”