Ante Milicic’s squad have been preparing for more than a week ahead of their matches against Chinese Taipei, Thailand and China PR as they begin their quest to qualify for Tokyo 2020.

Moved from original host city Wuhan to Sydney, the fixtures – which will be played at both Campbelltown Stadium and Western Sydney Stadium – have been reshuffled to provide all participating nations with the best opportunity to prepare.

The fixtures – which will be played at both Campbelltown Stadium and Western Sydney Stadium – have also been forced to be rescheduled to accommodate the China women’s football team, who are currently in isolation in Brisbane.

It means the Westfield Matildas will now play their three group games in the space of five days.

MORE: 'All we can do is focus on ourselves' - Milicic says Westfield Matildas not distracted ahead of Chinese Taipei game
READ: Raso's unwavering focus in Tokyo 2020 pursuit

But Polkinghorne is confident the hectic schedule will not hinder the Westfield Matildas and believes home support can play a significant part in advancing to the next phase of qualifying.

“Our qualifiers last time around were five qualifiers in 10 days and we handled that as a group, so I’m sure that is not going to be a problem,” Polkinghorne told reporters. 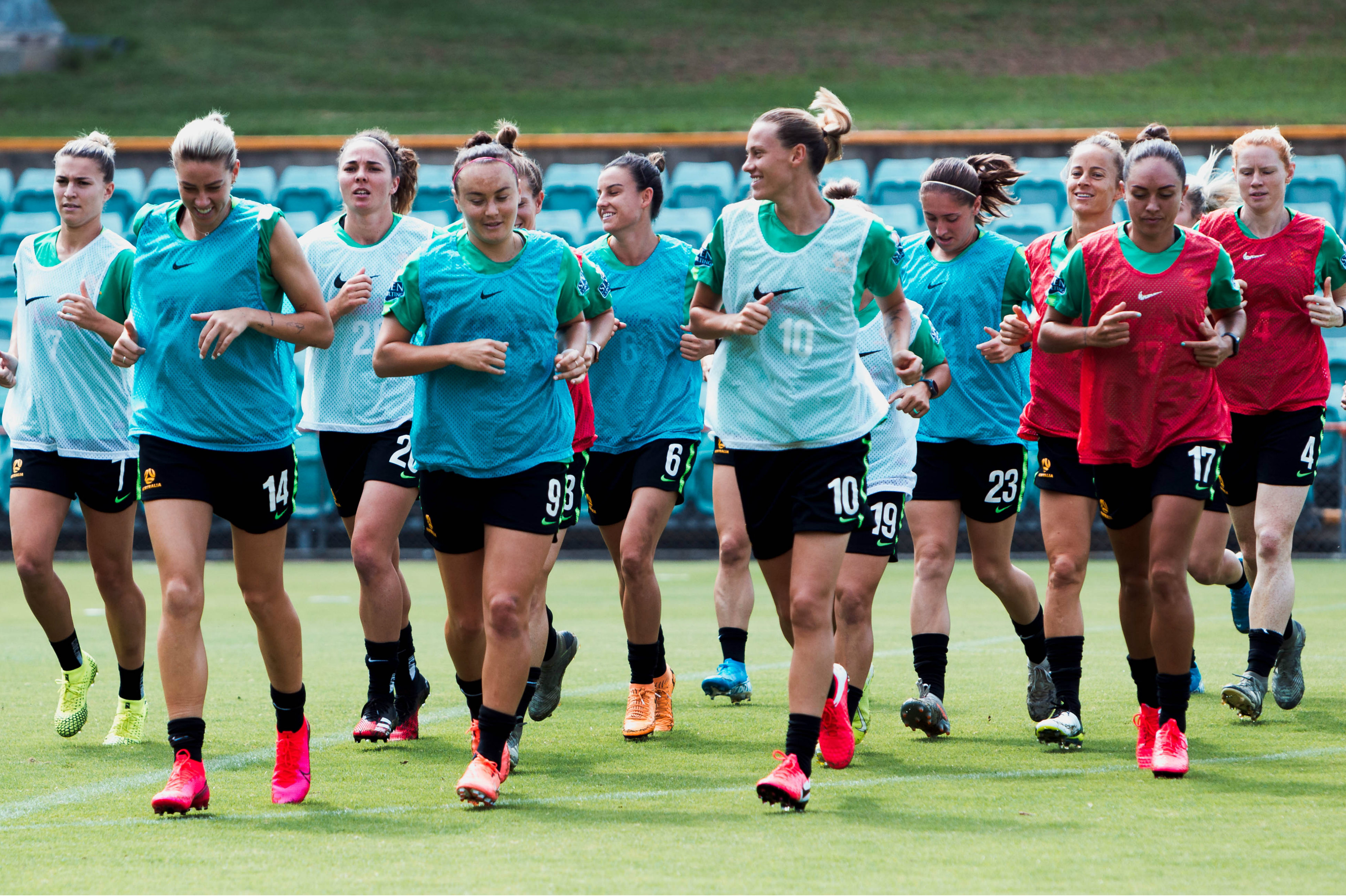 “We always love playing at home and to be playing games that have such significance on home soil is probably going to be a bit of an advantage for us which is going to be nice heading into the games.

“At the moment we are focused solely on qualifying and in particular our first game against Chinese Taipei and we are not looking too far ahead,” Polkinghorne added.

“We’ve got  o make sure we do the job and I think we have given ourselves the best chance possible to do that.”

GALLERY: Westfield Matildas prepare for Chinese Taipei opener
BE THERE: Tickets for matches at Campbelltown Stadium now on sale

Despite the uncertainty around the tournament over the last week, Polkinghorne said the Westfeild Matildas’ focus has always been on football and the challenge ahead.

With the opening match against Chinese Taipei now just a few days away, anticipation is building amongst the playing group as they look to take a big step towards qualifying for Tokyo.

“The Olympics is the pinnacle of sport worldwide and you speak to any of the Matildas and they have dreamt of being an Olympian since they first touched a football or could walk,” Polkinghorne said.

“It’s a dream that everyone has had and to represent your country in an Olympic Games is what we have always dreamt of and what we have worked hard for.

“I’m really excited about the year and what it holds. I guess our priority at the moment is making sure that come the Olympics we are there.” 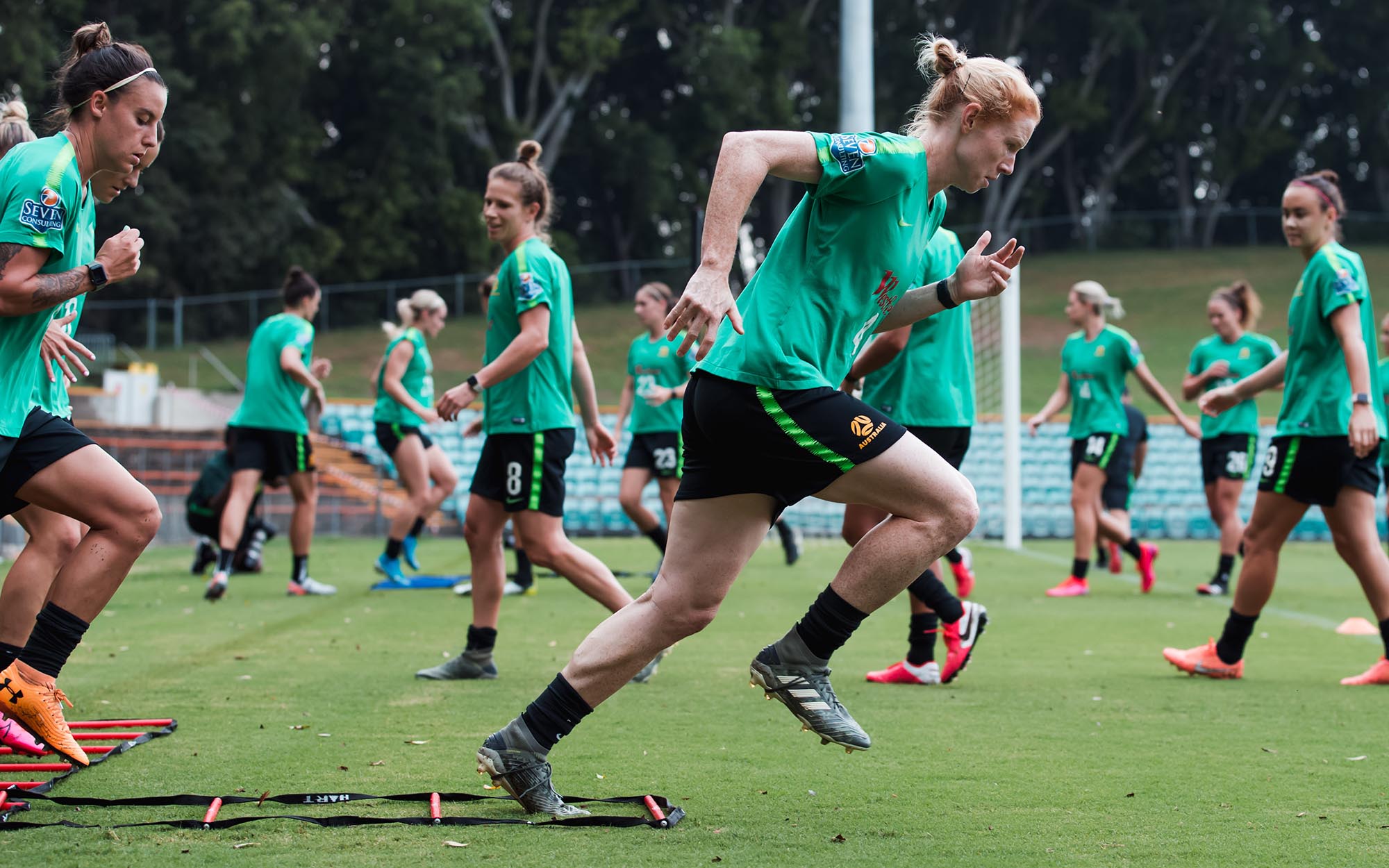 Westfield Matildas matches will be broadcast LIVE on FOX SPORTS, Kayo Sports, and the My Football Live App; delayed on ABC TV.