Grassroots to Greatness: Moments that made our Commbank Matildas

To commemorate 'International day of the Girl Child', we look back at a few current Commonwealth Bank Matildas' grassroots stories and the moments that led to their footballing success

The girl from Cowra may have now traded Lachlan Valley for Lyon, but both regions have had a significant impact on her development. As a child, the only sporting competition Carpenter had aside from her parents, who were both PE teachers, was the local sides from small towns across NSW's Central West. Her immense talent, quickly saw the local Saturday commutes to Canowindra and Wagga Wagga turn into daily training road trips to Canberra and Western Sydney.

The now Lyon star decided to pack up her belongings and leave Australia for Europe, aware of the challenges and unknowns of French football.

Ellie's story is very reminiscent of her parents, who decided to leave their hometown and settle in Sydney, so a then 12-year-old Carpenter had the best chance to achieve her sporting aspirations.

Our hero between the sticks in Tokyo, Micah took the harder route to footballing success. Her junior years were spent playing in regional Victoria before shifting to Queensland at the age of 10.

Micah gained recognition with representatives side in Brisbane and at club level in the northern suburbs. Instead of pushing toward an A-League Women's spot in Brisbane, the keeper utilised her academic success, taking an unorthodox but pivotal route through the American college system. Incredibly though, it would be with tiny Norwegian club Sandviken, where Micah finally picked up an international cap.

Catley's desire started young, with the defender registering at the earliest opportunity, hoping to play alongside her older brother for East Bentleigh FC, in Melbourne's southern suburbs. The want to outperform her sibling, saw Catley progress up Victoria's state league system during her teenage years, before gaining selection for Australia at under-17 level.

The Gunner may have won the family battle, but that initial desire has never diminished, with Catley now one of the more established and respected members of Arsenal's league-leading squad.

The inclusivity of football may be the reason why Australia's greatest-ever goal-scorer Sam Kerr dons the green and gold. Captain Kerr's grassroots would be envisioned more with an oval-shaped ball in her hands, rather than a round one. Kerr's sporting inspirations were undoubtedly her father and older brother, who both professionally played Australian Rules in their hometown of Perth.

Having played both sports at a young age, it was a 12-year-old Kerr that chose football as her path to sporting success, after football gave her an equal opportunity to progress to a high level, compared to the lack of strong female competition in Australian Rules.

That decision has had a substantial impact on Australian, European, and World football ever since.

Nominated for another Ballon D'or award after topping the scoring charts in England last season, being the poster girl for all Australian Olympians in Tokyo and soon-to-be the face of a FIFA Women's World Cup on home soil. For Aussie supporters, the decision proved dividends. 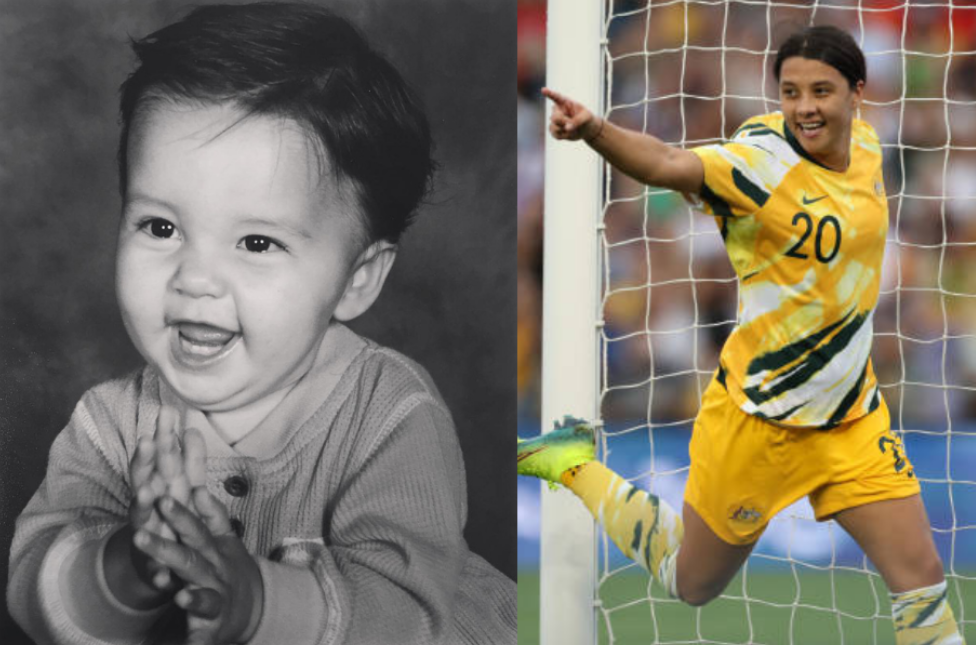 The shot-stopper spent her junior years playing for clubs close to her home on the Gold Coast before the illustrious sporting school Palm Beach Currumbin came knocking.

A 17-year-old Arnold, would then be scouted by Perth Glory's A-League Women's side, taking the 5000+ kilometre trip to WA, in order to continue a football dream.

It would take another five years for Arnold to finally return home to Queensland, with Brisbane Roar.

Now with London-based outfit West Ham United, the girl from Goldy will be hoping to see her name on Tony Gustavsson's homecoming squad for the Brazil matches in late October. 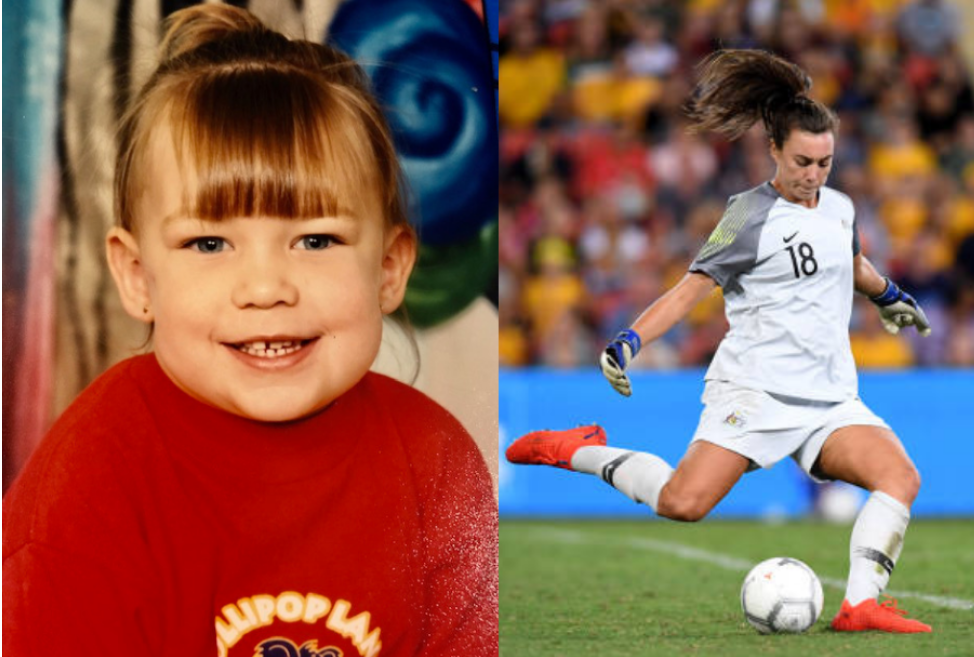 Simon's love for sport was embedded from living in a sport-obsessed family in Sydney's western suburbs. Her junior years were spent playing for Quakers Hill in the Blacktown district, an area that to this day, is still one of the country's strongest footballing catchments.

Simon has an unwavering sense of community, with football having always been a big factor. As a teenager Simon had been offered to play for several A-League Women's sides, however, opted to stay in her home city of Sydney, plying her trade for both the blue and red half of the city, for over a decade.

The forward made the leap to Europe in having recently signed with North London side Tottenham Hotspur, after an impressive campaign at the Tokyo Olympics.

The young midfielder had always been earmarked for success, spending the majority of her junior years playing for Football Victoria's representatives sides.

She signed for current club Melbourne Victory as a 15-year-old, joining at such a young age, you could almost classify the A-League Women's side as one of her junior teams.

Cooney-Cross has footballing success in her blood, however, with her father Jai having played high-level competition in Queensland, later insisting that his young daughter take up the sport once she learnt to kick a ball.

Kennedy holds an immense amount of pride toward the region of South-West Sydney, where the Manchester City defender played her junior football. An alumni of arguably the area's strongest sporting institution, Westfield Sports High, the defender transitioned from Campbelltown Cobras to the east side of the city with Sydney FC.

Such are the close ties with her community, Kennedy was announced captain of the Commonwealth Bank Matildas for the side's Olympic qualifiers in her home stadium in Campbelltown.

Her recent move to London and now Manchester has seen Kennedy spend over a season outside Sydney, for the first time in her senior career.

The Brazil friendlies in late October will be the best chance for the defender to reconnect with the area that remains a huge presence in her life. 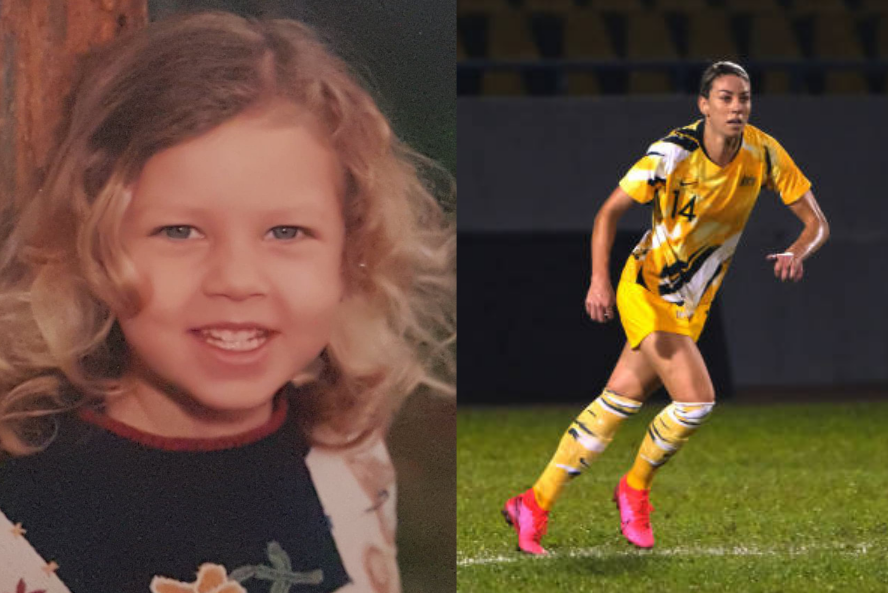 Stemming from a region famous for producing sporting stars, Foord, as a teenager still stood out to talent scouts in Shellharbour, playing for local state side, Illawarra Stingrays.

It was an article about the 13-year-old striker by the local newspaper, that led to her parent's realisation of the talent living under their roof.

A fan-favourite both in the Illawarra and at Sydney FC, the 26-year old now has sights on a first title in England, with North London giants Arsenal FC. 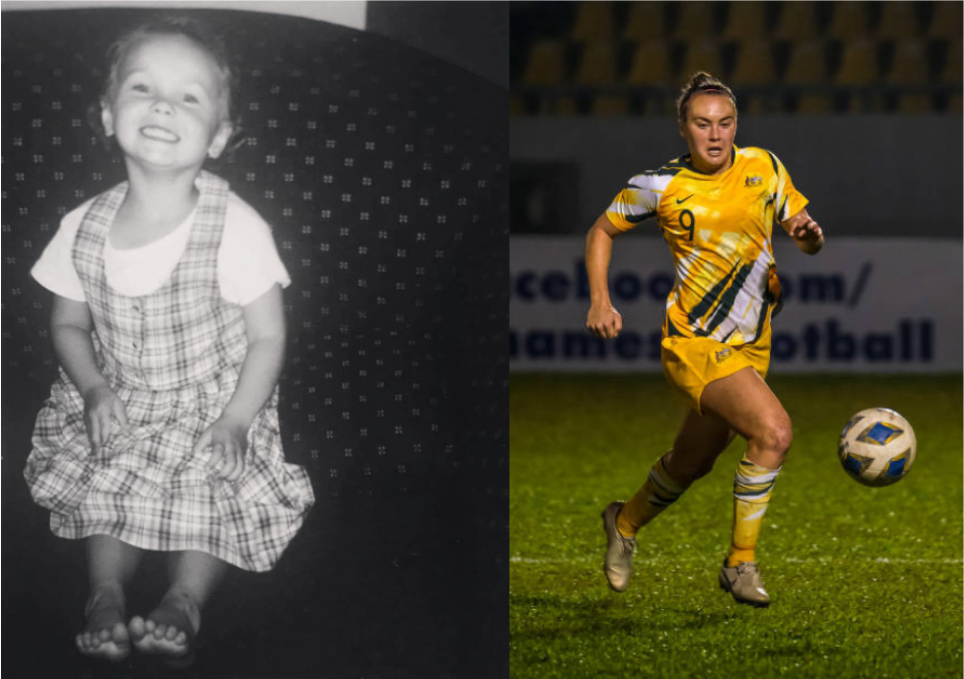 For many Australians, leaving the comfort of home to play football in a country would be a daunting prospect, for Mary Fowler, however, the travelling nature of football is something she has grown up with.

The teenager has spent the majority of her formative years bouncing between Europe and Australia, as her older brothers pursued professional competition overseas.

Rotterdam, Sydney, Wollongong, Queensland, and Adelaide were all cities that Fowler had resided in before the age of 18. The starlet now calls Montpellier home and it will be anyone's guess, as to where Fowler's future travels take her to next.

Even though Gielnik's senior career has seen the forward play in four different continents, for nine different clubs, the journey-woman remains tied to her home in Queensland.

Gielnik played most of her junior football for stateside Redlands United in Brisbane, before signing for local A-League Women's side Brisbane Roar.

Gielnik is another Roar legend that came through their junior system, with the now Aston Villa star proof of the footballing talent within the Sunshine State.

The defender is considered amongst many Brisbane Roar supporters as the greatest player to wear the famous orange strip, and arguably, the best footballer to be produced in Queensland.

Polkinghorne's rise to the top started in Brisbane's suburbs with Wynnum and Capalaba, representing her state from the early age of 15, eventually joining the Roar during the club's inaugural season.

Along with being the most-capped Australian international of all time, Polkinghorne has also shown her quality abroad, with successful stints in the United States, Norway, and now Sweden. 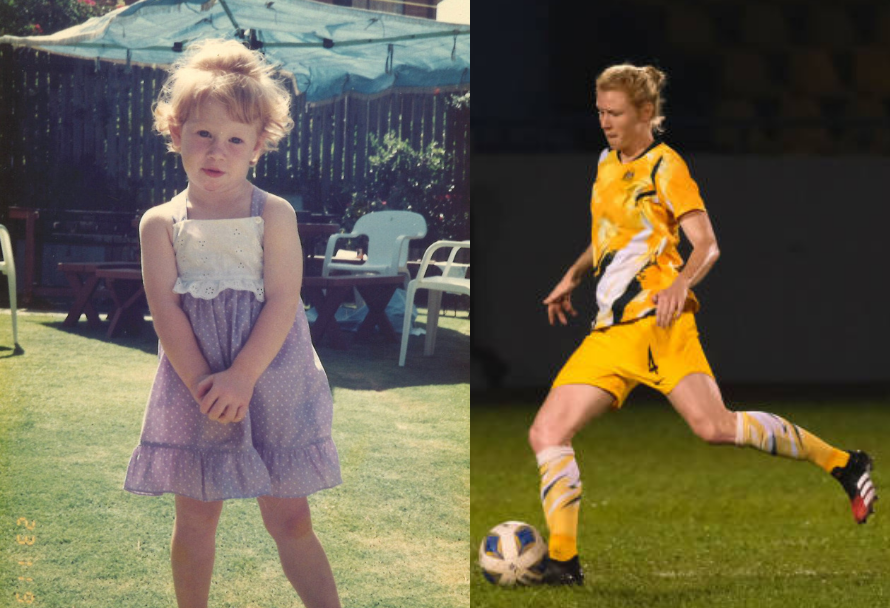 Emily's success with the Commonwealth Bank Matildas has perhaps made a few forget that her father, Gary Van Egmond, also represented Australia and eventually coached professionally. Emily was raised in the Northern NSW city of Newcastle and was thrust into football at an early age by her parents.

Junior football was spent playing in the Hunter Valley's junior system where Van Egmond was quick to impress locally, with qualities similar to her father, while also adding a few of her own attributes.

It was a little surprise that when the Newcastle Jets were formed, a 16-year-old Van Egmond was top of their priority list. The midfielder spent little time at the Jets before shifting to several cities including Sydney, Canberra, New York, Seattle, Chicago, Frankfurt, Orlando, and London. 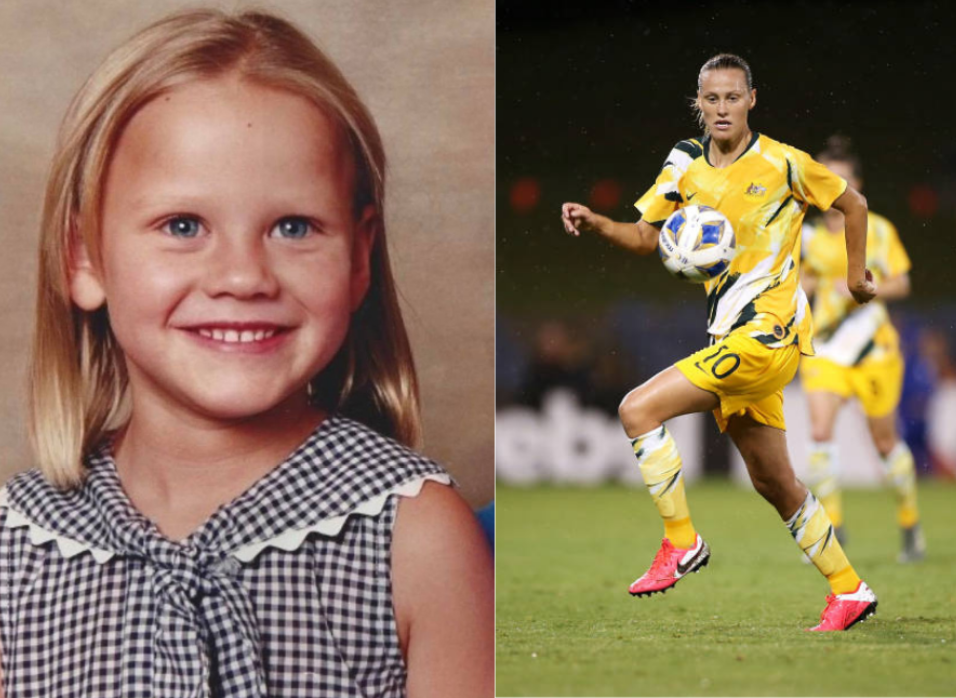