'A mum's 4,000 hour sacrifice to make a Westfield Matilda'

She’s one of the Westfield Matildas' most talented players and a huge part of the team’s incredible success over the last couple of years.

And there’s one thing Caitlin Foord has no doubt about: she wouldn’t be where she is today without the influence of her mum Simone.

From supporting her in starting her football dream, to countless trips between the family home in Shellharbour to Sydney for training and games, Foord Snr has backed her daughter every step of the way.

Just do the maths, with Caitlin being chauffeured by Simone on four hour return roadtrips as many as five times a week ... for five years. That’s 20 hours a week, year after year after year to give one of our best talents the chance to reach her full potential. A mother’s 4,000 hour sacrifice to produce a Westfield Matilda.

With Mother’s Day on Sunday, Foord spoke to matildas.footballaustralia.com.au about how she got into football and the incredible support Simone gave her right throughout her rise to the Westfield Matildas.

“Mum has been a single parent raising myself and my sister. Obviously that in itself is challenging enough let alone having to run me around to my trainings,” the 23-year-old said this week.

“Obviously when I was younger I wasn't able to drive, so there was lots of travel up to Sydney and back.

“It could have been easier for her to just say ‘no, this is too much, we can’t do it financially’.

“Obviously it takes up a lot of her time but she knew it was a dream of mine and wanted to see me where I am now.

“It’s been massive [the support] and I wouldn’t be where I am with my football if she didn’t sacrifice a lot to do those things for me.”

Football wasn’t the sport of choice in the Foord family home when Caitlin was young, with athletics and NRL taking precedence.

But after showing enormous potential in the playground against the boys at school, Foord was asked to give it a go.

“Mum wasn’t too keen on it because no one in my family had played football before so it wasn’t really a known sport at all,” Caitlin explains.

“But she wanted to let me do what I wanted to do, she let me have a shot and said to me ‘we’ll put you in and you can play one game and see how you go’.

“If I wasn’t very good at it, she wasn’t going to keep me in there because I was already doing so much. But I think in my first game I scored six goals so at that point she couldn’t really not take me.

“The rest of the season I did really well and just continued from there onwards. So it was a sport I enjoyed playing and over the years mum has grown to like it as well obviously through watching me.

“She watches it more than NRL now so I’ve kind of converted her!"

With her daughter doing so many great things at both club and international level, she rarely misses a game.

Foord said one of the best moments was being able to share the experience of 2015 FIFA Women’s World Cup with her mum watching in the stands.

“That was pretty special, just to know that I have family in the crowd,” Caitlin said.

“Mum, to be there, her watching me play in these big tournaments almost means more to her than it does to me because she’s done just as much as me for me to get there.

“It’s a dream of hers as well to see me do these things.” 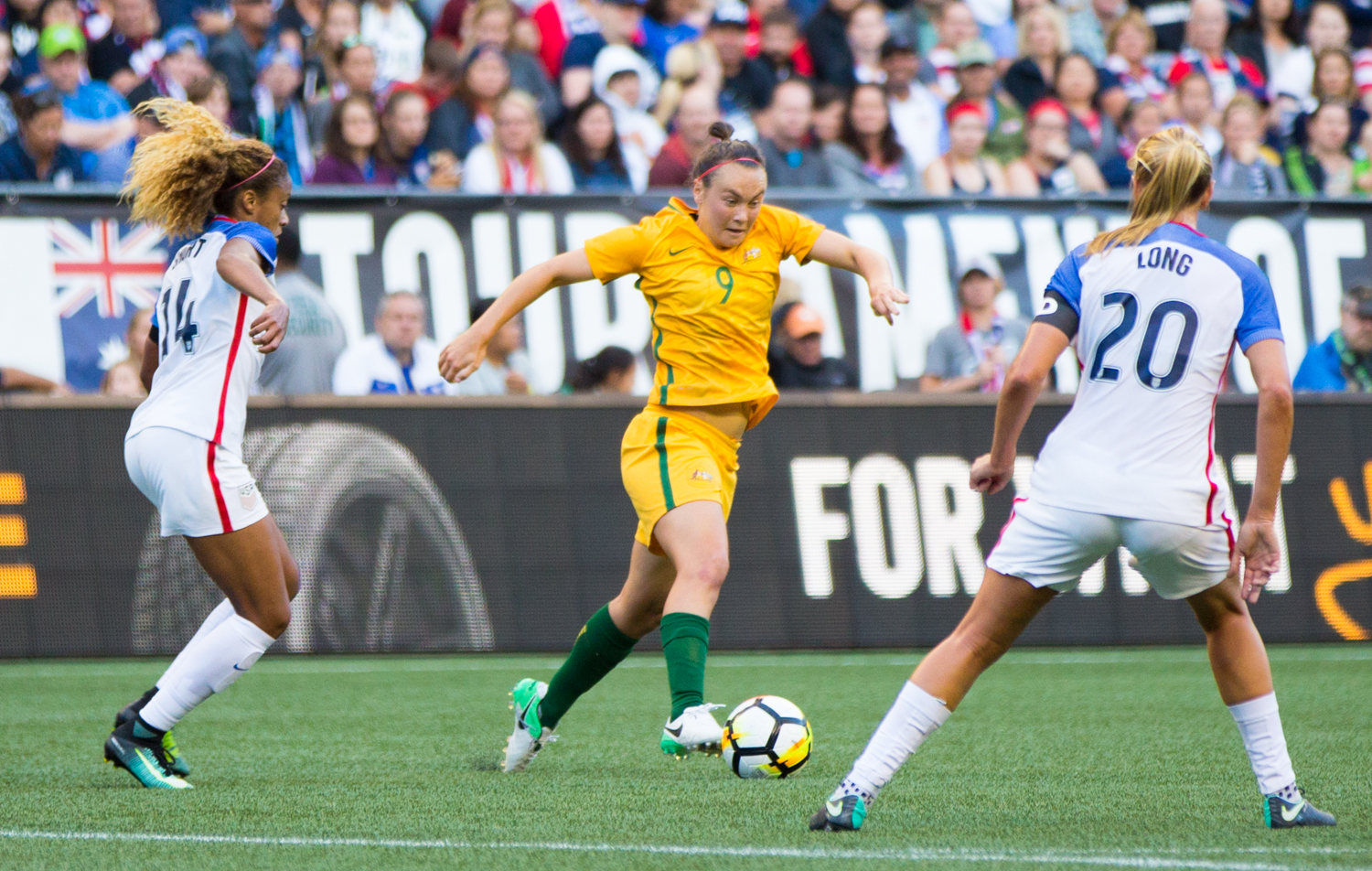