Foord, Carpenter and Kerr ranked in 100 best players in the world for 2020

In a sign of improvement by our Australian stars, three Westfield Matildas have earned spots in the ‘100 best female footballers in the world 2020’ by the UK’s Guardian Newspaper.

The publication, which is released yearly, details the best 100 female players along with an overview of their season and potential heading forward. The 2019 edition saw only two Australian representatives, captain Sam Kerr and defender Ellie Carpenter, with striker Caitlin Foord being added to the list in 2020.

National team captain Sam Kerr topped the list in 2019 after an incredible year in the American NWSL where she broke the league’s goal-scoring record by scoring 18, overtaking the previous record holder, herself. The monumental decision by Kerr to test her abilities in England with champions Chelsea would always lead to a period of adjustment.

Sam Kerr dropped to 7th after a disrupted 2020 but still has demonstrated that she is a world-class player. December has already seen a first club hat-trick and multiple match winning finishes in the Women’s Super League, hinting at a 2021 where Kerr really stamps her authority in England and world football.

She has taken on a more creative role, and as of November no player had created more chances in the WSL.” – Rich Laverty (The Guardian)

Chelsea teammate Pernille Harder knocked Kerr off top-spot, with the Australian and Danish strikers creating an incredibly formidable front-line for the Blues, a team pushing for European success in the new-year. 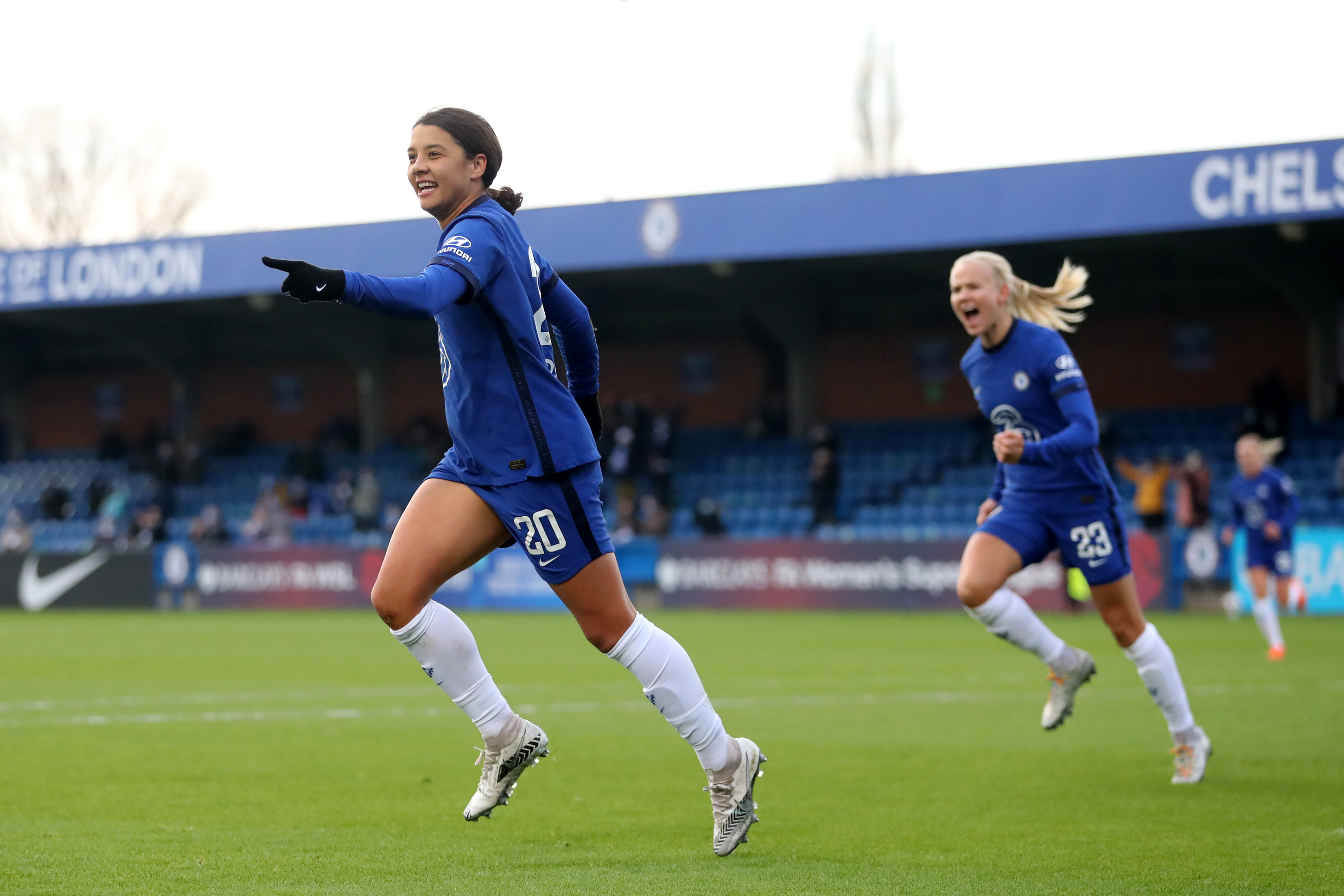 The only other Westfield Matilda from the 2019 edition, Ellie Carpenter, has continued her improvement in the Guardian’s standings, jumping from 88th to 76th. The 20-year-old fullback has been tipped for greatness by many, so a growth of 12 places may be seen initially as underwhelming by her standards.

However, Carpenter, who started the year as a teenager, has now established herself as a starter for women’s football most prolific and successful side, French outfit Olympique Lyonnais. The transition period, getting accustomed to a club of that size would always be difficult.

Now established, the girl from Cowra has the opportunity to shine in the best domestic, continental and international competitions. Her ceiling and potential is limitless, with teammate Kerr being warned to watch over her shoulder, with the number one Aussie in the Guardian’s rankings becoming hotly contested.

Her quality on the ball will surely see her cement her standing as one of the best as she continues to progress.” – Rich Laverty (The Guardian)

The latest inclusion is Arsenal centre-forward Caitlin Foord. Australia’s number 9 didn’t just scrape into the list, the first-time Guardian 100 member was one spot away from being in the top half, finishing 51st after a stellar season in the FA Women’s Super League. Foord has been a success story in terms of Aussies abroad, needing little time to adjust to new surroundings, scoring five in her first nine matches for the Gunners.

Foord has had to wait to finally make the impact her talent deserved for the Gunners and has wasted no time in making up for lost opportunities.” – Rich Laverty (The Guardian)

With several Westfield Matildas pursuing opportunities in Europe over the last 12 months, the potential improvements from playing in the world’s best domestic competitions, will hopefully culminate in greater representation within lists like the Guardian’s 100. Australian fans at home have recognised the world class talent coming through for a while now, the task leading into a home FIFA Women’s World Cup in 2023, is to showcase this talent to the footballing world.