The NWSL regular season begins in the USA; while the season in England is coming to a close with the FA WSL titleholders still undecided and several Aussies are still vying for the trophy.

Less than a month worth of action remains in the FA WSL, with just a point separating current ladders leaders Chelsea and Arsenal. Meanwhile, the NWSL regular season kicks off, with Alex Chidiac eyeing off their debut.

The Blues' come-from-behind victory over Spurs last weekend ensured they kept their place at the top of the table, however, Arsenal is matching them at every turn, just 1 point behind Chelsea.

Kerr was on the scoresheet in last weekend's win, while Jessie Fleming and Guro Reiten rounded out the 3-1 win. Chelsea will be without Ann-Katrin Berger, after receiving a straight red card in the game.

Simon's Spurs sit 10 points outside the top four, with a busy end to their season due to rescheduled games from the start of the year when the side had games postponed due to a COVID-19 outbreak.

This game will kick off on Friday morning at 4:45 am AEST.

Alanna Kennedy and Hayley Raso's Manchester City host Brighton & Hove Albion, and should City avoid defeat against the Seagulls, then they will move above Manchester United on the table.

City beat Brighton in a six-goal thriller earlier in the year, with Raso getting in on the action and scoring her third goal in City colours. 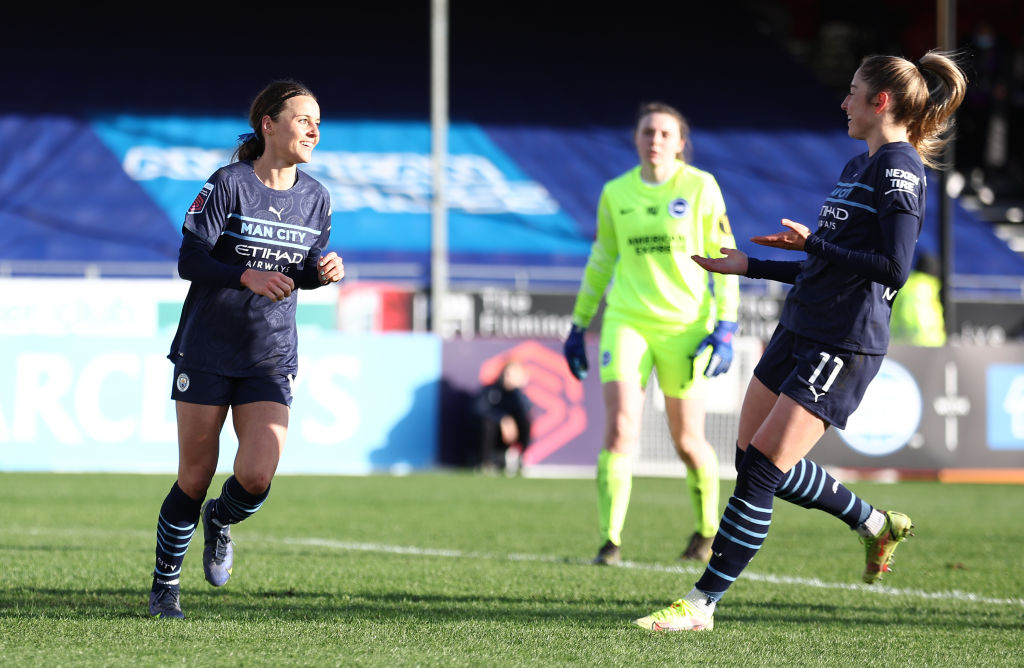 Gareth Taylor’s side is on a dominant run as of late, having won 18 of their last 20 games in all competitions, including a Conti Cup win over Chelsea.

City has just three games remaining in the FA WSL season, and should they maintain third place at the conclusion of the season they will qualify for next season's UWCL.

This game will kick off on Saturday night at 8:30 pm AEST.

On the Red side of Manchester, United host Mackenzie Arnold and Tameka Yallop's West Ham United.

The Hammers come into the fixture off the back of a 2-1 win over Reading, while United was held to a 0-0 draw by Aston Villa.

Olli Harder, in his first season in charge, has helped his side move up to sixth in the table. With only two games remaining in their FA WSL season, West Ham will be looking to wreak havoc on the top three and the title race. Meeting third-place Manchester United and second-placed Arsenal to round out their season. 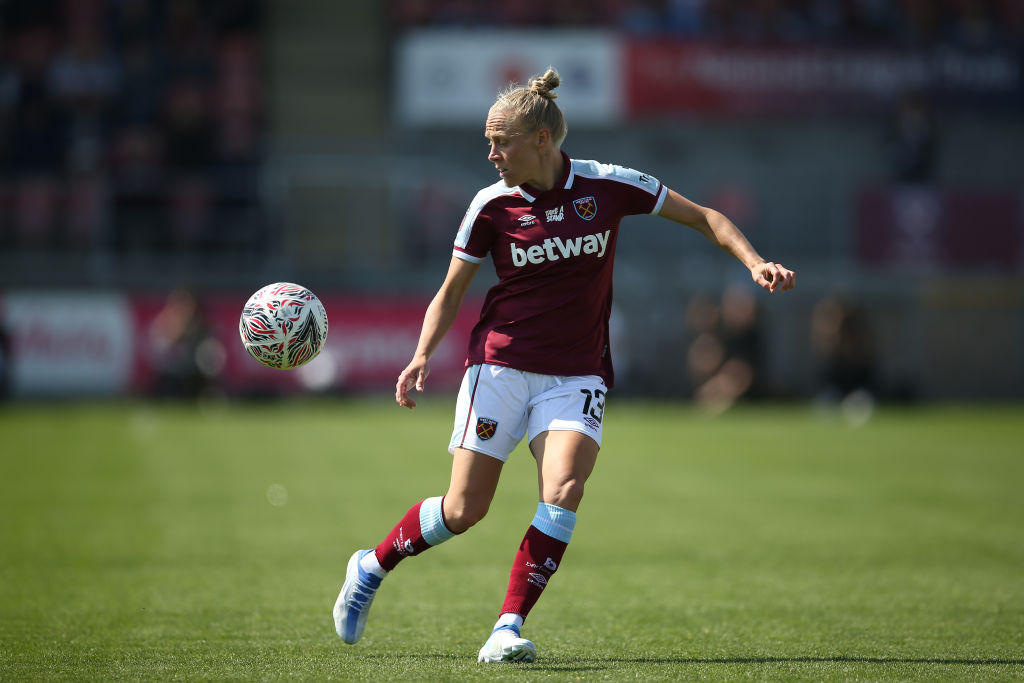 This game will kick off on Sunday night at 9:00 pm AEST.

Meanwhile, in London, Steph Catley, Caitlin Foord and Lydia Williams' Arsenal will be hoping to overtake Chelsea at the top of the table when they host Emily Gielnik's Aston Villa.

After a convincing 3-0 win over Everton, where Foord found the opener, Arsenal has three games remaining to take over the top spot and claim their WSL title for the fourth time.

On the other hand, Villa has two games remaining to grab as many points as possible. The Villans wrap up their 2021/22 season with a game against Birmingham City, a side destined for relegation.

Jonas Eidevall will be aiming for his first piece of silverware since taking charge of the Gunners are the start of the season.

This game will kick off on Sunday night at 11:15 pm AEST.

Chelsea will have their second game in less than a week when they take on Birmingham City.

With a busy schedule, from WSL action to the FA Women's Cup final, Emma Hayes will be looking to some of her game-changers on the bench to step up.

Despite Birmingham's spot on the bottom of the table, they are the only side to hand Arsenal a defeat this season and have nothing left to lose when they take on Chelsea.

This game will kick off on Monday morning at 3:45 am AEST.

Spurs also play their second game, with a quick turnaround between taking on Chelsea to a trip to Liverpool to take on Everton.

Simon's Spurs will take confidence into their encounter with the Toffees, having tested reigning WSL champions, Chelsea, last weekend. 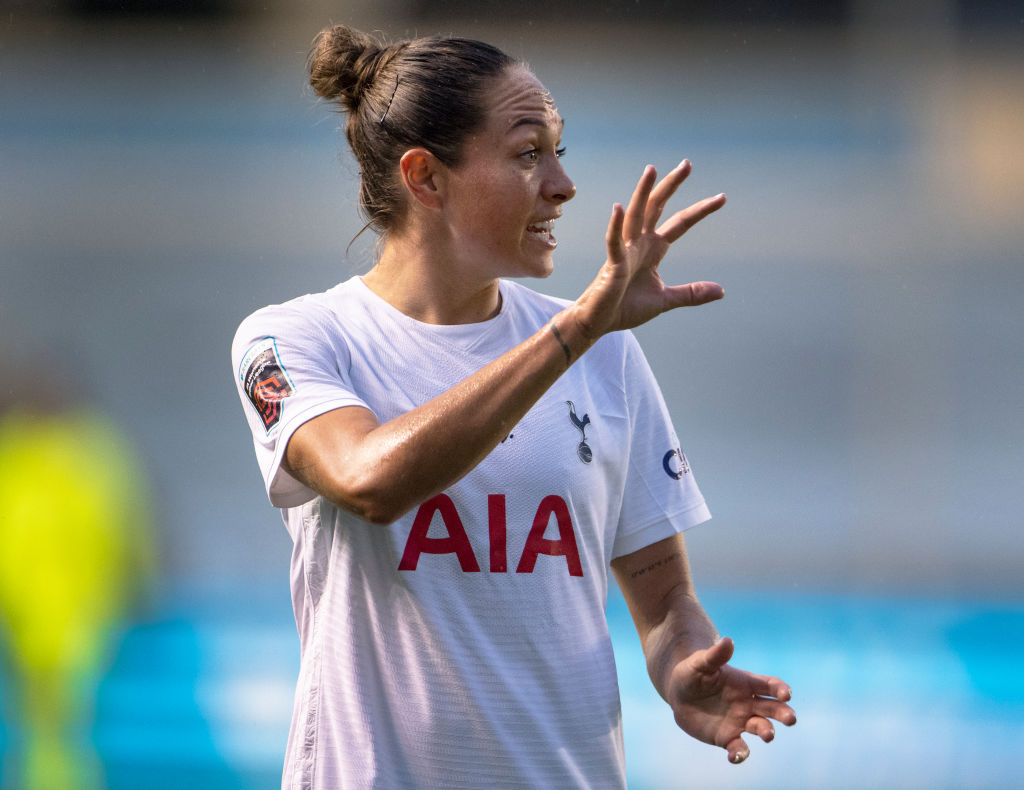 Everton has had a lacklustre season they'd soon rather forget, sitting in 10th place and having sacked three managers in the season.

This game will kick off on Monday morning at 4:30 am AEST.

Alex Chidiac could be in for her Racing Louisville debut when her new side takes on Chicago Red Stars in their first game of the NWSL regular season.

Racing, in their inaugural season in the NWSL last year, finished in the ninth position. However, they showed promising signs last year, beating Bayern Munich in the International Women's Cup to lift the trophy.

They will have their work cut out from them in their opening match, up against last season's runners up Chicago Red Stars. A familiar face will be lining up against Chidiac, with fellow South Australian Chelsie Dawber signing with the side.

This game will kick off on Sunday morning at 10:00 am AEST.

Emily Van Egmond's San Diego Wave will play their inaugural game in the NWSL regular season, up against Houston Dash in Texas.

Wave FC picked up their first franchise win in the Challenge Cup, with a 4-2 win over fellow newcomers Angel City.

San Diego's side is filled with stars that could challenge Dash in the season opener.

This game will kick off on Monday morning at 9:00 am AEST.

Over in Sweden, Teagan Micah and Charli Grant's FC Rosengård will be looking to extend their unbeaten streak to six when they host Courtney Nevin's Hammarby.

Rosengård sits in second, with goal difference the only thing splitting the reigning champions from BK Häcken.

Micah has appeared in goals for five out of six games this season for Rosengård. On the other hand, since making her debut earlier in the month, Nevin has already opened her account in Sweden.

This game will kick off on Saturday morning at 2:00 am AEST.

Remy Siemsen's AIK will be hoping to climb off the bottom of the table when they take on Umeå.

AIK only has one win to their name in the season, however, Siemsen had a memorable debut for her new side picking up an assist.

This game will kick off on Sunday night at 9:00 pm AEST.

Clare Polkinghorne and Katrina Gorry's Vittsjö GIK finish off the action in Sweden when they host ladder leaders BK Häcken.

Vittsjö come into the game off the back of a 3-0 win over AIK, while Häcken were held to a 2-2 draw with Rosengård.

Gorry, fresh off her debut, was named in the Damallsvenskan team of the week for her performance in their recent win.

This game will kick off on Sunday night at 11:00 pm AEST.

Our last stop takes us to Denmark, as Clare Wheeler, Angie Beard and Indi-Paige Riley's Fortuna Hjørring take on Brøndby IF.

Fortuna's 1-1 draw with KoldingQ last weekend sees them make a return to the UWCL, unable to be overtaken in second place on the championship ladder.

This game will kick off on Saturday night at 9:00 pm AEST.