She didn’t expect to make her debut, but since Chloe Logarzo came on to the pitch in 2013 she’s been a Westfield Matildas mainstay.

Chloe Logarzo wasn’t even called into the initial squad for the two-game friendly series against China at the back end of 2013. So it was genuinely unexpected when she was subbed in to the game in Wollongong.

“I honestly didn't think that I was going to get my first cap. I got called in on an injury basis into camp with Hesterine [De Reus].” the Bristol City star recalled.

Logarzo has since gone on to play in AFC Women’s Asian Cups, score at the FIFA Women’s World Cup, feature at the Olympic Games and win silverware with the Matildas.

But at the time, she was just 18 and had captained the Young Matildas at the AFF Women’s Championship a few months earlier. The team got all the way to the final but lost to an Under 23s Japan side.

So there she was, standing on the sideline, about to make her senior debut.

And as I was waiting there to go on, I just remember thinking to myself, this was the moment I had been waiting for.

“I took it for granted to be honest, because I didn't know how much it meant to be able to debut in front of your friends and your family because we didn't play that many games at home.”

But now looking back, being able to debut in front of those who helped her get to the national team is an incredibly special memory for Logarzo.

With hindsight, it is now obvious that there was a bit of symbolism in her debut, particularly about who she replaced on the pitch.

“I got subbed on for Lisa [De Vanna], ironically, who ended up being my roommate for about three or four years.” 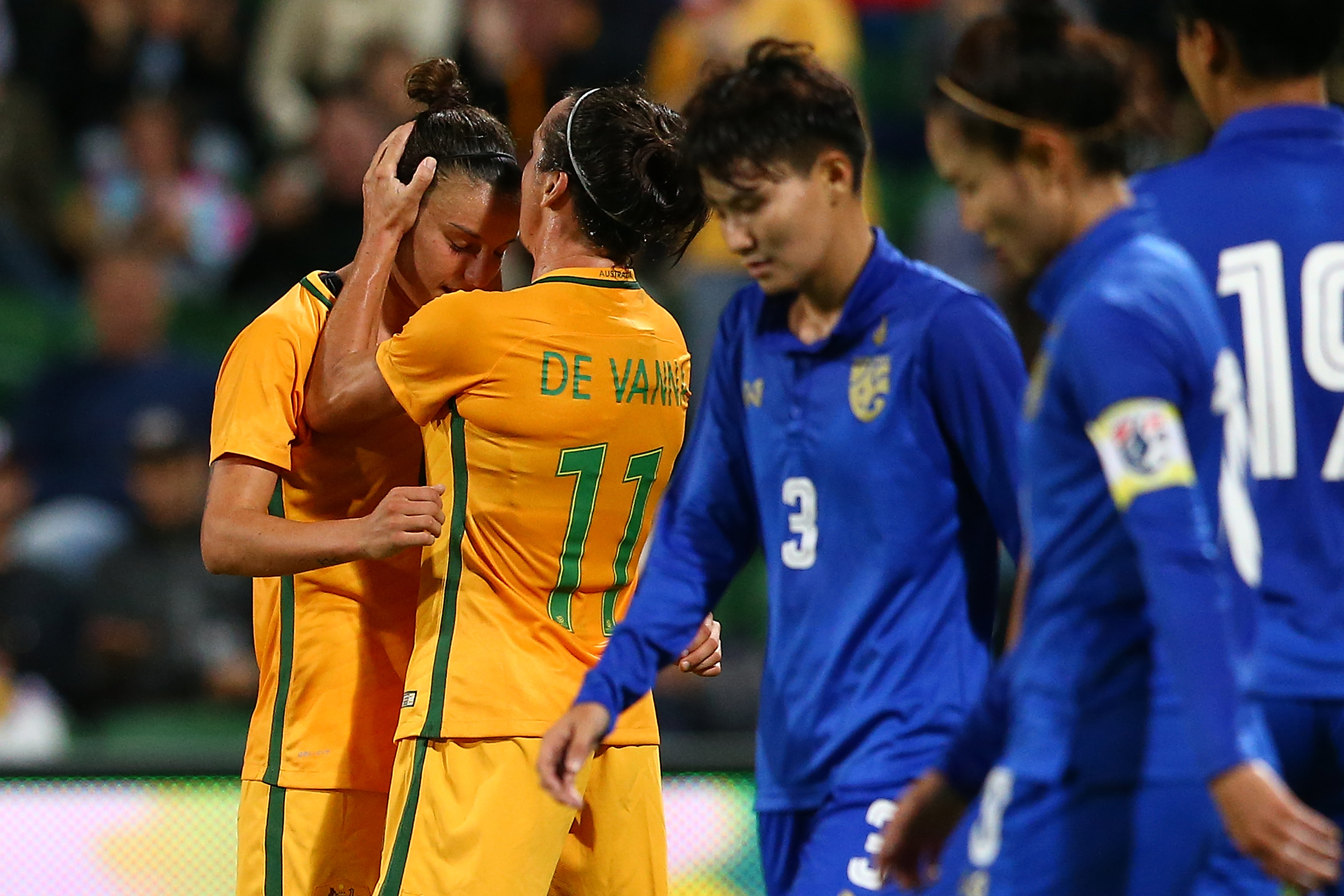 The pair have played together plenty of times since for both Sydney FC in the Westfield W-League and for their country, terrorising defences and combining to produce goals.

But on that day in Wollongong, the match had already been won – thanks to goals from Katrina Gorry and Tameka Yallop. However, the result was secondary for Logarzo on the day.

“It was an amazing feeling. I only played 15 minutes, but we did win the game.

“I look back now and it's such a great memory for me.”