Westfield Matildas defender Ellie Carpenter has been named the 2019/20 Westfield W-League Young Footballer of the Year.

It is a history making third consecutive Young Footballer of the Year award for the full back, following an eye catching season with Melbourne City. 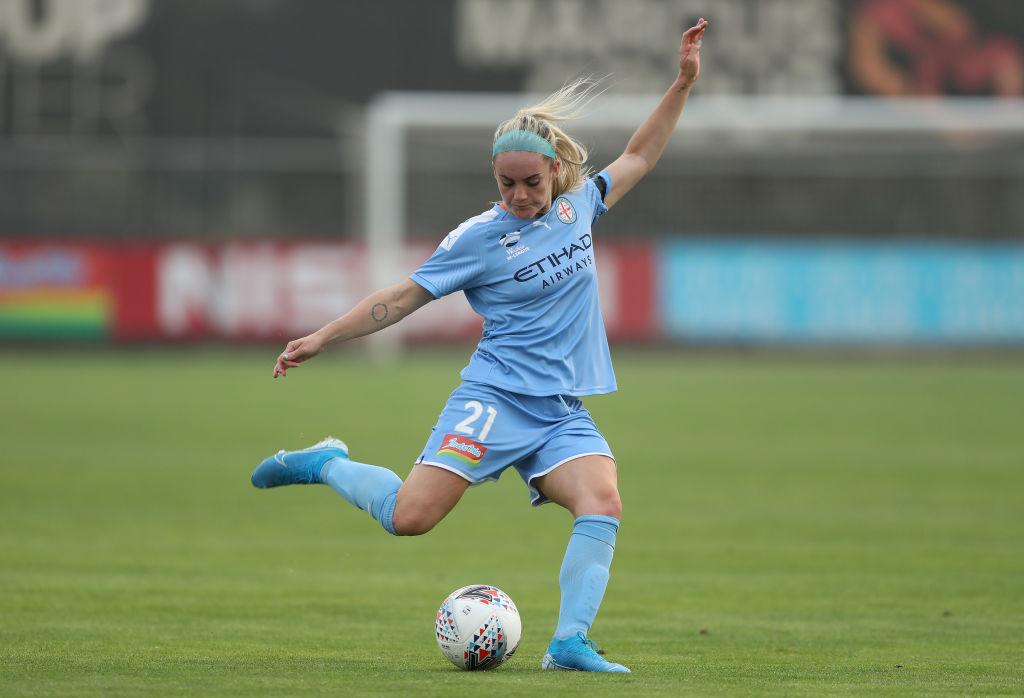 Starting in all 14 matches for the premiership and championship winning side, Carpenter notched up 1,173 minutes for City in her inaugural season.

She was nominated for the Young Footballer of the Year after a stellar January which saw her help City to three wins with no goals conceded.

During that month, Carpenter was both a defensive and offensive weapon for City.  In the 2019/20 season she was equal first in assists (4) and second overall in chances created (31) in the Westfield W-League.

Considered one of the best young players in the world, Carpenter recently signed for European giants Olympique Lyon in the French League.