Hayley Raso has never shied away from taking the hard road. The easy way out has just never sat right with the Westfield Matildas winger.

From leaving home as a teenager to try and break into the Westfield W-League, to now trying her luck against Europe’s elite in the FA Women’s Super League in England.

Raso, who had spent the last few years going between Brisbane Roar in the Westfield W-League and the NWSL’s Portland Thorns, opted for a new challenge with WSL outfit Everton.

The 25-year-old inked the deal in January but everything from bad timing and injury, to a worldwide pandemic has so far denied her a Toffees debut.

“It’s really crazy, I don’t think anyone could have imagined it would turn out this way,” Raso told the Matildas podcast while currently under self-isolation at her Brisbane home.

“I was supposed to go to Everton in January and ended up being not able to go as we went into camp [with the Westfield Matildas].

“Then I was supposed to go after the Matildas game [against China] but broke my nose and I had to have the operation.

“Then finally third time lucky I went over [to England] and everything got called off [due to the Coronavirus].

“I was really looking forward to getting over there and playing but like everyone is saying it’s important to look after the health of everybody and taking each day as it comes.”

Raso flew over to Merseyside once the Westfield Matildas sealed their spot at the Olympic Games with their win over Vietnam earlier this month.

But almost as soon as she arrived, the COVID-19 outbreak saw the competition suspended.

The sense of excitement at starting her new adventure quickly turned to uncertainty.

“As much as I was really excited to be over in the UK, I felt quite alone,” Raso revealed.

“People from my team that I was living with had gone home to their families and friends and I was in this new country, in a new house, by myself.

“I had Chloe Logarzo drive up from Bristol and spend some time with me and that made me feel quite at home. We just lived together like we do in Matildas camp because we’re roommates, and that was nice and comforting.

“But that would have to come to an end at some point and I just would have been there by myself.

“For me to come home, with my family in uncertain times, it’s important and I feel good knowing I’m here for as long as this situation takes place.”

MORE: Missing your weekend football fix? Show the world your skills with our #PlayAtHomeChallenge

Home is where the heart is 💗

While she is yet to pull on the Everton blue in a competitive match, Raso knows she has made the right decision to join the likes of Sam Kerr, Caitlin Foord and Logarzo in the WSL.

The improvement of the European nations at last year’s FIFA Women’s World Cup, a desire to get out of her comfort zone and a chat with an Aussie Everton legend convinced the 46-cap Westfield Matilda to become a Toffee.

“I knew my time was up in the NWSL and I was ready to test myself and explore some new options. The WSL was really appealing to me and I got talking to a few teams and watching a lot of games and finding out what I could about the league,” Raso explained.

“Getting in touch with Everton and speaking to the coach Willie Kirk, watching their games, it just looked like a tough challenging environment and somewhere I could see myself in the future.

“It wasn’t too hard of a decision. I knew the national team coaches wanted us to test ourselves and take ourselves out of our comfort zone so the move to Everton for me was going to do that.” 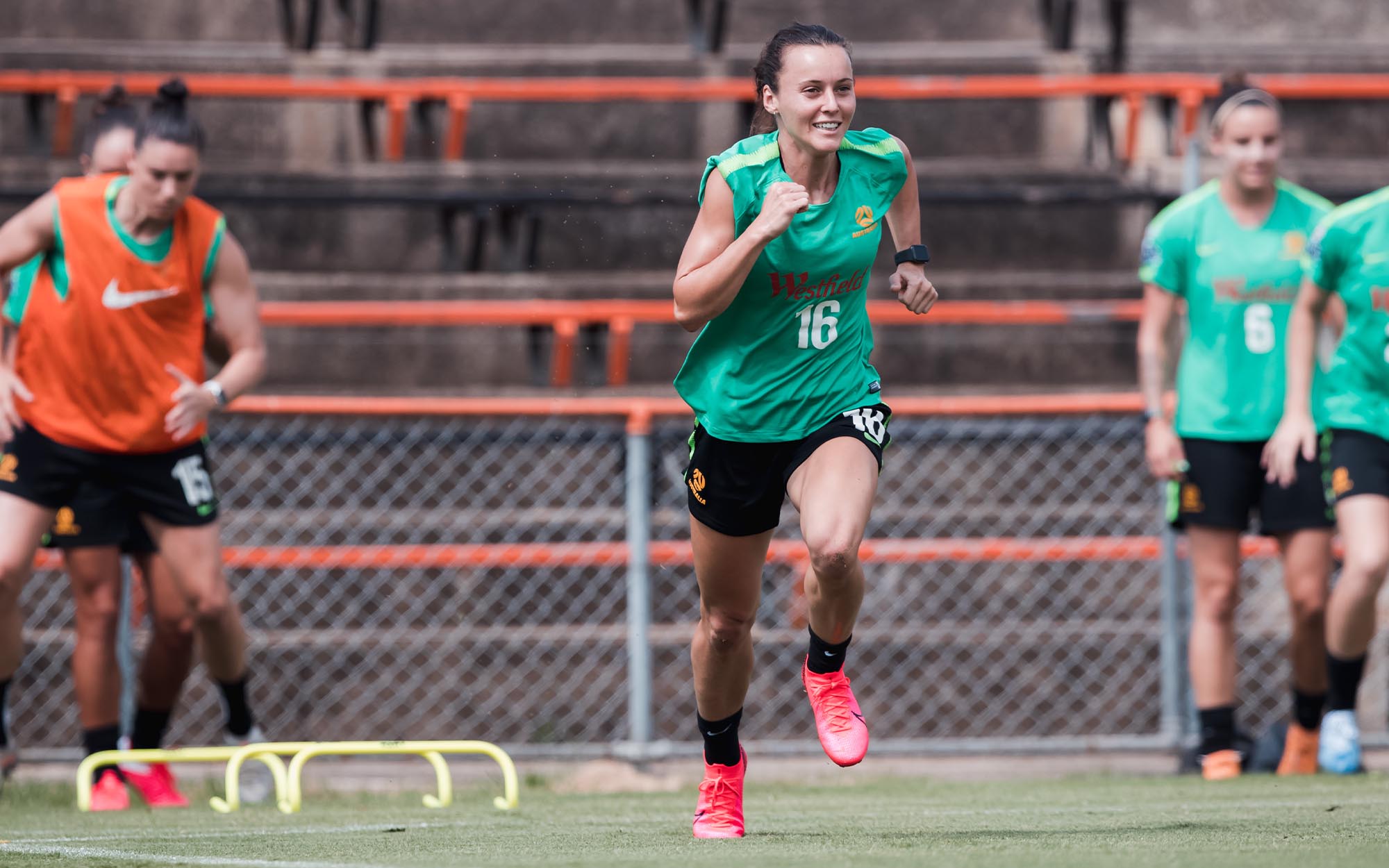 Asked about the Cahill connection, Raso said: “He’s a legend of the game, an amazing person and an amazing character.

“Everybody over there just loves him and he’s an amazing person to have at the club and such a role model.

“We got in touch via the phone and were just chatting and was just asking him about the club and he was telling me his thoughts. He thought it would be a great place for me.

“He didn’t take much to sell the club to me, just telling me about the environment, about the team, about the facilities, about the staff, about the players and it was easy for me to know that’s where I would fit in to.”

Here's what you can hear at the following time codes

1.25 – Why she’s still at home in Australia and not at Everton during the current COVID-19 pandemic
3.30 – How Everton have been since signing with the English Women’s Super League club
5.40 – The importance of being at home with family during this time
7.45 – The emergence of the Westfield Matildas’ Coffee-club culture
9.19 – How the move to Everton came about and the rise of European football
13.30 – Hayley’s connection with Tim Cahill
14.40 – An insane few weeks with the Westfield Matildas
15.51 – The players’ headspace while before the decision to shift the Olympic qualifiers from Wuhan to Sydney
18.00 – The incredible feeling of being back home for the Olympic qualifiers
20.09 – How the Westfield Matildas developed a ‘never-say-die’ mentality
22.36 – Being a part of the Olympic campaign for the first time
24.13 – Having to leave home to kick-start her football career as a teenager
27.02 – The day she scored a goal against one of her Westfield Matildas heroes…and teammate
28.12 – When her Westfield Matildas dream became something she believed she could achieve
30.05 – Where her tenacity and determination comes from
32.15 – How important her mum has been in shaping her to the person she is today
34.55 – The birth of the ribbon!
36.57 – The influence of Mark Parsons on her career
40.38 – Feeling the love of the Portland Thorns fans
41.57 – What playing in the NWSL has done for her as a player and a person
44.15 – Finding the right balance in life
45.12 – Studying to become a paramedic
46.20 – Reflecting on her serious back injury while playing in the NWSL
48.15 – What she learned from that experience and how it made her stronger
50.17 – The feeling of playing at her first World Cup in France in 2019
53.00 – Growing and maturing with this Westfield Matildas squad
53.55 – Desperate to create history with this Westfield Matildas group
57.06 – The incredible rise of women’s football in Australia
58.31 – The prospect of a potential World Cup on home soil in 2023
61.26 - Rapid fire Q&A