Bring on Brazil! 5 reasons why this is huge

Ask any Westfield Matildas fan and they’ll tell you Brazil is a massive rivalry – and one that’s grown rapidly over the last decade following some epic encounters on the biggest stages around the world.

And now that Australia are hosting the Brazilian women in two blockbuster friendlies (Penrith and Newcastle this September, do not miss this), and playing them in the Tournament of Nations this Friday (AEST), it’s time we explained why this rivalry is huge.

The Matildas were on the brink of an Olympic semi final against Sweden. But in an excruciating penalty shootout in front of over 50,000 fans, the hosts edged the Australians following an intense 0-0 after extra time in Belo Horizonte.

Plenty of Aussie and neutral fans were furious with Brazilian keeper Barbara who continually moved off her line without any action being taken. Australia eventually lost 7-6 in an agonizing way to end their campaign at the Rio Games.

It was revenge of sorts for Brazil after their own heartbreak a year earlier... 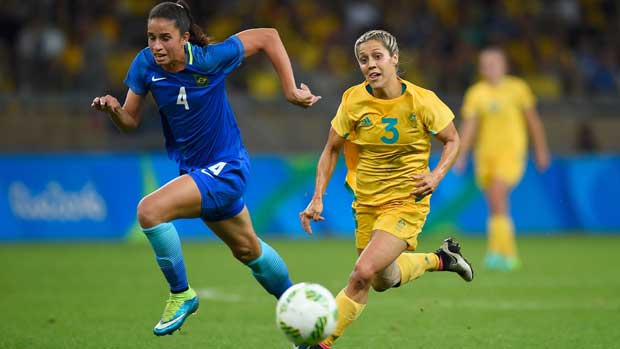 How sweet this was.

One of the greatest moments in Australian football history occurred on June 21, 2015 at the World Cup in Canada with Australia knocking out Brazil 1-0 to set up a quarter final date with Japan.

No Aussie side had gone this far at a senior World Cup – and in Moncton it was our superstar striker Kyah Simon with the all-important winner 10 minutes from time.

The world finally saw what we knew – this Aussie group is special. 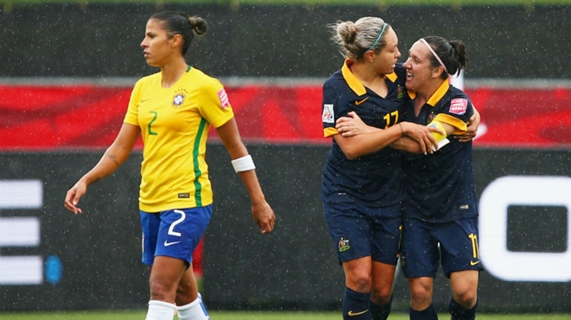 In front of over 27,000 at Borussia Park, the beginnings of a new generation of Matildas lost 1-0 to Marta’s Brazil in a group game.

Rosana with the game’s only goal against an Aussie side that featured teenagers Sam Kerr and Caitlin Foord.

REASON 4: KYAH STRIKES TO BEAT BRAZIL AT THE 2008 PEACE CUP 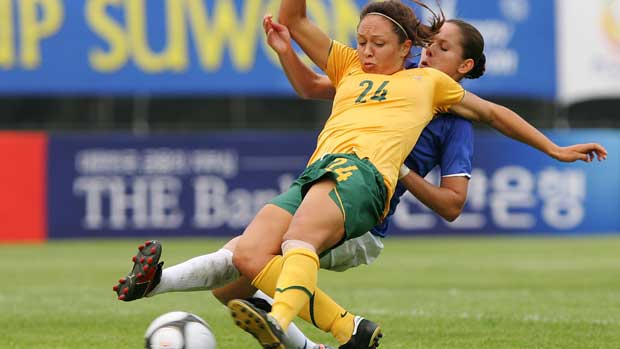 The year 2007 was a breakthrough for the Westfield Matildas.

Their run at that year’s World Cup in China was utterly mesmerising – mirroring the Socceroos at their World Cup a year earlier.

Suddenly, the nation was talking women’s football and the Matildas. Sally Shipard – the midfielder who was to go on and play in Germany – Melissa “Bubs” Barbieri in goals, pacy pint-sized striker Sarah Walsh and Cheryl Salisbury, the captain, leader and inspiration, took Australia on an unforgettable ride.

The emotion of it all was summed up after Brazil ended their campaign in Tianjin in the knockout stage, the green and gold women finally succumbing 3-2 after an almighty battle.

Australia did magnificently to come from two goals down to draw level with 20 minutes remaining, but Christiane's goal in the 75th minute proved to be the winner. 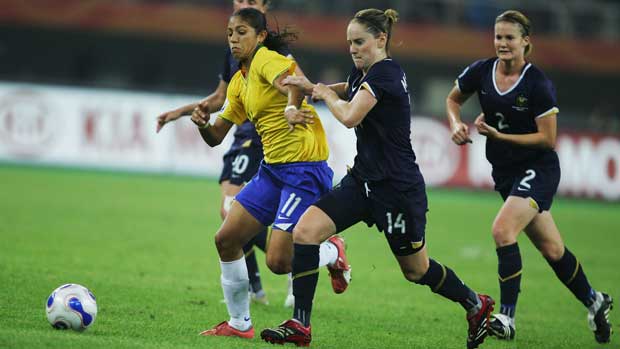 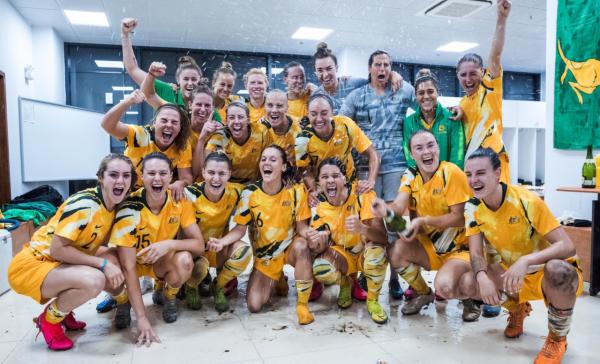