Over the past couple of weeks, the Australian Olympic Committee has been celebrating the 33 sports to take part at the Tokyo Olympics and today the spotlight shines on football.

The Women's Footbally Olympic Tournament has been a part of the Olympic Programme since the Atlanta 1996 Games.

In that time frame, the Westfield Matildas have competed at three Olympic tournaments including Sydney 2000, Athens 2004 and Rio 2016.

49 women have had the privilege of calling themselves Olympians with the Ellie Carpenter, at 16 years, 3 months and 13 days, the youngest player to debut for the Westfield Matildas at an Olympics.

[MORE: Caitlin Foord reflects on her Olympics debut at Rio 2016]

[MORE: Yallop: “It was only one step toward what I wanted to achieve”]

Carpenter also had the distinction of being the youngest member of the Rio 2016 Australian Olympic Team.  Four years on and the defender is an established starter in the national team, playing for one of the biggest clubs in women's football.

On the other end of the spectrum, goalkeeper Tracey Wheeler is the oldest player to represent Australia in the women's football tournament.  Twenty years ago, at 32 years, 11 months and 25 days, the FFA Hall of Famer lined up for the Westfield Matildas against Brazil at the Sydney Football Stadium.  If selected for the Tokyo Olympics squad next year, another goalkeeper in Lydia Williams and midfielder Aivi Luik would re-write that record.

Alison Forman (2000), Cheryl Salisbury (2004), Lisa De Vanna and Clare Polkinghorne (2016) are the four women have had the honour of captaining the national side at an Olympic Games, with Salisbury and De Vanna two of five women (Alagich, Garriock and Wainwright) to have played in two separate Olympics.

In their three appearances the Westfield Matildas have scored 13 goals by 11 different goalscorers.  Only Lisa De Vanna and Michelle Heyman have scored twice at the Olympic Games, with De Vanna scoring at two separate Olympics (2004 and 2016) and Heyman scoring a brace against Zimbabwe at Rio 2016. 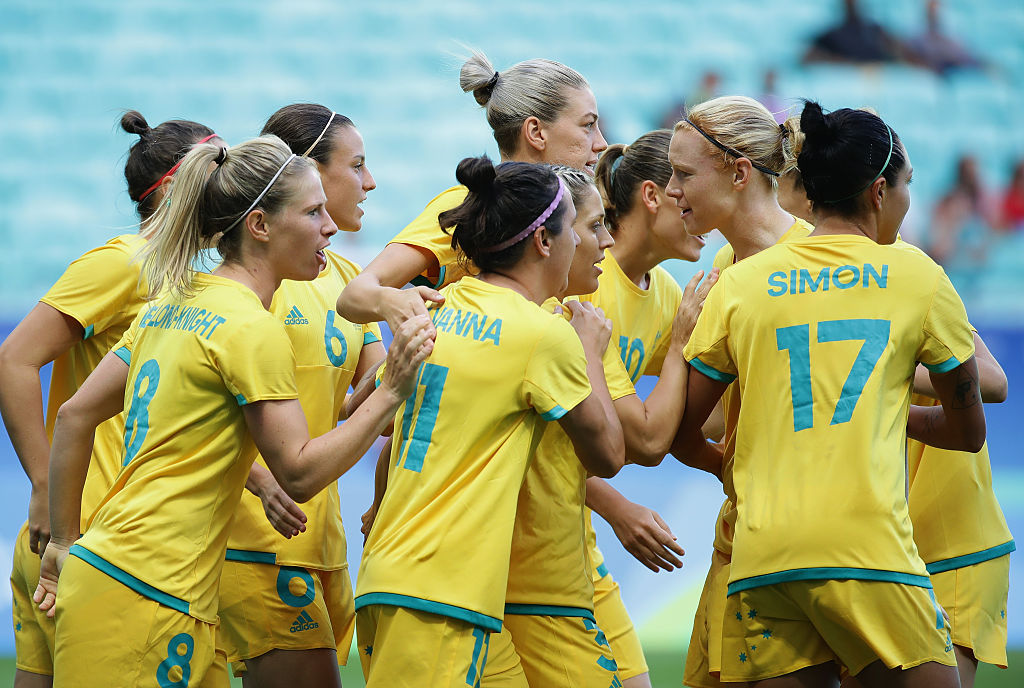 The Tokyo Olympics will be the fourth Women's Footbally Olympic Tournament for Australia and they look set to take their most experienced squad yet.

Ten out of the twelve nations have officially qualified with the competition set to run from 22 July - 8 August 2021.