Westfield Matilda Amy Sayer has capped off an impressive first season for Stanford University in the United States, being selected in the Freshman Team of the Season.

The season honours are voted from all Pacific 12 (Pac 12) coaches, who nominate outstanding candidates from America’s West Coast universities.

Sayer stands alone amongst her freshman representatives, as the only player from outside the United States and Canada to be chosen, highlighting just how difficult it is for a foreign player to break into the North American system.

Thankfully for the 2019 Westfield W-League champion, the risk taken to pursue both her academic and footballing ambitions in the US college system were rewarded by Westfield Matildas coach Tony Gustavsson, selecting Sayer for the recent friendlies against Germany and The Netherlands.

The last 18 months have been a whirlwind for the girl from Sydney’s northern suburbs, finishing her secondary education and landing a dream position with the exclusive Stanford Athletics program, all while the COVID-19 pandemic shadowed over sports worldwide.

Sayer spoke with Matildas.com.au in May 2020, prior to her move abroad, about footballing ambitions and the unlikely circumstances that led the talented teenager to the Californian coast and Stanford University.

READ: Books, Boots and Belief: Amy Sayer is ready for her next chapter

"I think Stanford is a good next step for me, combining academics as well. That'll give me a future after football and also balance me out, which is what school has always been for me.” 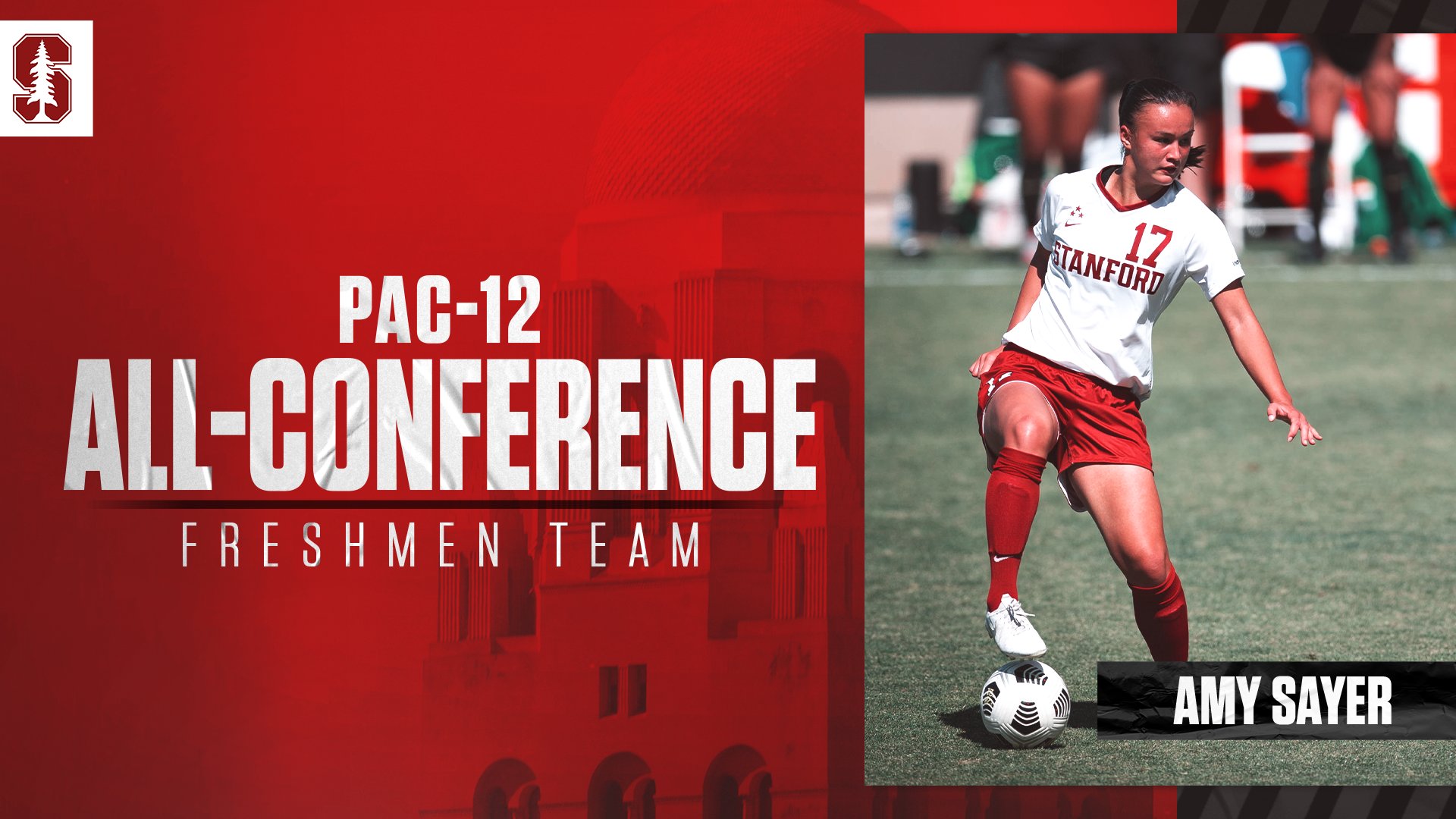 "Stanford is a completely new environment, new challenge for me so I think that'll help me push my game to the next level.”

With Stanford having claimed the most recent Pacific 12 Championship, prior to Sayer’s arrival, it would be a fair assumption to make that a freshman from a different country and footballing system would struggle for game-time.

However, once play resumed in mid-February, the 19-year-old established herself as one of the rostered-on starters for Paul Ratcliffe’s side.