With the FIFA Women’s World Cup 2015 kicking off in June, we re-live magical moments in the history of the Westfield Matildas. And we begin at the 2007 FIFA World Cup.

Let’s take you back to China and a city called Chengdu. It was September 20.

The third World Cup group game for the Matildas had the Aussie women desperate to qualify for the quarter finals.

Facing them that day was a formidable opponent, the host of the 2015 World Cup, Canada.

After a win and draw in their first two group matches, the Westfield Matildas knew they only needed a point against the Canadian women to progress to the final eight.

However, on a beautiful day weather-wise, things turned dark in the first 60 seconds.

A long ball forward was flicked into the path of the classy Melissa Tancredi who volleyed a wicked shot past Matildas keeper Melissa "Bubs" Barbieri.

The bright spot for the Aussies was they had plenty of time to turn things around. 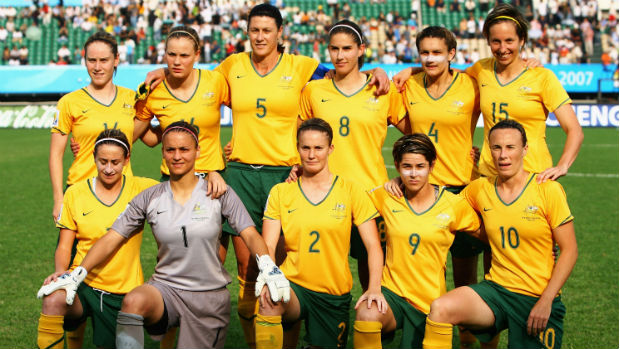 Tom Sermanni’s side dominated the rest of the opening half with livewire Sarah Walsh, Caitlin Munoz and Joey Peters all going close to equalising before the break.

It wasn’t until eight minutes after half-time the Westfield Matildas got a reward for their endeavours. And what a goal it was.

A free-kick just outside the box saw playmaker – the recently retired Collette McCallum - step up and hit a perfectly curled effort over the wall and into the corner of the net.

Magical moment right there! It was one of the goals of the tournament and had the Green and Gold back in the driver’s seat.

But the drama wouldn't only ramp up from there.

Not content with holding on for a draw, the Westfield Matildas continued to create – and squander – opportunities before another disaster struck seven minutes from the end.

Australia failed to deal with a corner allowing Christine Sinclair to head home from close range. The Canadian women were in heaven. The Matildas crestfallen.

But the “Never-say-die” spirit of this team shone through with one of the great national team moments.

Only six minutes plus injury-time was left for the Aussies to stay alive. Enter skipper Cheryl "Chez" Salisbury.

Deep into stoppage time, the tricky Lisa De Vanna twisted and turned her way through Canada’s defence, cleverly releasing the ball to the veteran defender who scuffed a shot into the bottom corner.

Not the greatest goal but one of the greatest moments. Cue pandemonium. The legend of women's football had done it for her nation.

She was mobbed by her teammates. 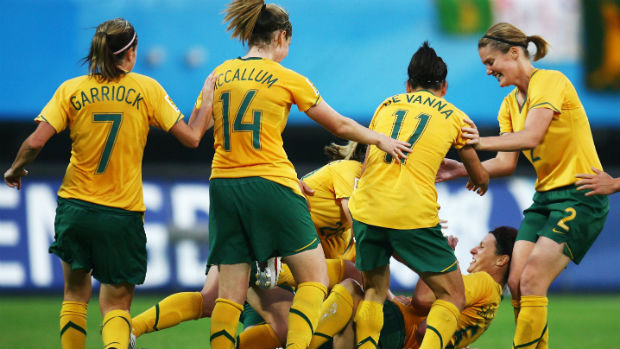 The Aussies held on. Scenes of jubilation and tears flowed at the final whistle as the Matildas had done enough to progress.

Now, they would get a shot at South American powerhouses Brazil in the last eight.

"Bring them on!" was the message.

Suddenly the team was thrust into the media spotlight back home as this group of fighters fired the imagination of fans around the country.

It was a defining moment in the team's rise back home.

Let’s hope Australia witnesses another of these heart-thumping stories when the new generation of Westfield Matildas stars take on the world’s best in Canada.

For your chance to win the ultimate Westfield Matildas fan experience at their farewell match, email marketing@ffa.com.au and tell us why you want to meet the Westfield Matildas! Please include your name, age and contact details. For full terms and conditions please click here.