The Westfield Matildas have claimed a pulsating 3-2 win against the Netherlands in their second match at the Algarve Cup in Portugal overnight.

A first half brace from Emily Gielnik saw the Aussies assume control of the contest, with the forward taking advantage of the blustery conditions to score directly from a set piece on both occasions.

The Matildas added a third just before the break when defender Alanna Kennedy scored with a thumping header from a curling Steph Catley free-kick to be seemingly out of sight at half time.

However the Dutch used the wind to their advantage after the interval, netting two goals in four minutes to ensure a grandstand finish but the Aussies were able to hang on to secure a vital three points. 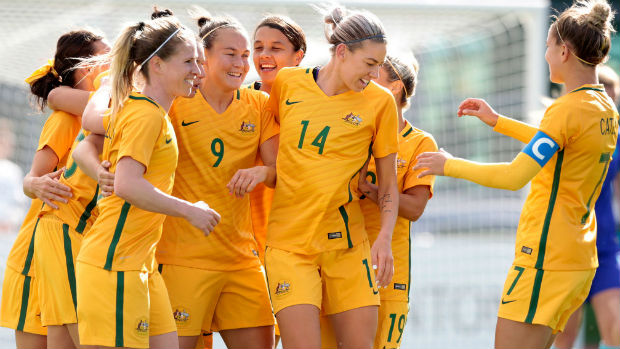 Coach Alen Stajcic made four changes to the side that was narrowly beaten by Sweden on match day 1, with Catley given the responsibility of wearing the captain’s armband.

It was the Netherlands that started the brighter at the Vila Real de Santo António Sports Complex, with goalkeeper Lydia Williams forced to make a couple of important early interventions.

Dutch flyer Lieke Martens had a clear cut chance to open the scoring when played through on goal but the Matildas covering defence did enough to ensure her shot went wide of the post.

Instead the Matildas broke the deadlock on one of their first forays forward when an attacking run from Caitlin Foord earned her side a corner 15 minutes in.

Gielnik stepped up to take the delivery, with the Brisbane Roar striker catching out goalkeeper Loes Geurts by curling the ball over her head and inside the far post.

There was an air of similarity about Australia’s second goal with a free kick in a wide position seeing Gielnik reproduce a curling shot, which Geurts was helpless to stop finding the top corner.

The Matildas went three goals to the good just before the break when the Netherlands again struggled to deal with a set piece, with Kennedy on hand to head home Catley’s pinpoint delivery. 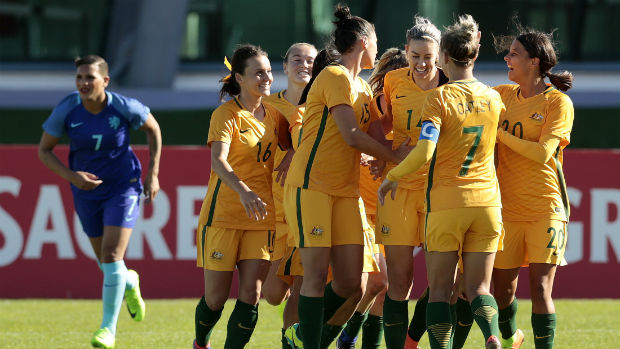 The world no.12 came close to pulling a goal back either side of the interval as striker Vivianne Miedema carved out a couple of strong chances.

Meanwhile the Matildas were not content to rest on their lead in the second half with Sam Kerr, Katrina Gorry, Foord and substitute Lisa De Vanna all getting shots away in dangerous positions.

Australia were nearly made to pay for their profligacy when a neat finish from Vivianne Miedema and a thumping free-kick from Sherida Spitse drew the Netherlands to within a solitary goal with 11 minutes to play.

And the Dutch came close to grabbing a dramatic equaliser in stoppage time, with goalkeeper Williams pulling off a couple of clutch saves to preserve the win.

The result means the Matildas join Sweden on three points in Group C ahead of their meeting with China, with Australia’s clash against the Asian powerhouse on Monday to decide their tournament fate. 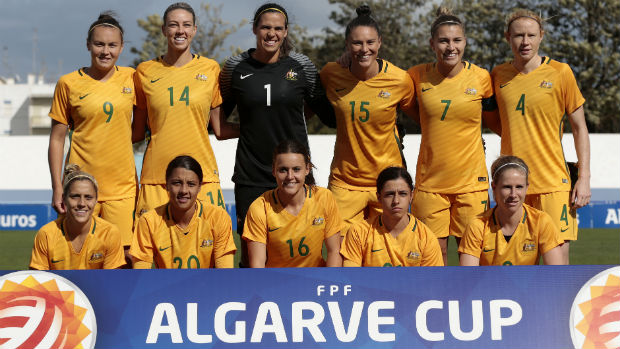