A world of experiences for a Westfield Young Matildas quartet

Playing for your country at any age is an achievement in itself, but imagine lacing up in your latter teenage years and travelling overseas to play the sport you love?

For Leah Blayney, Sally Shipard, Kim Carroll and Danielle Brogan this was their reality as they played for the Westfield Young Matildas during the 2006 FIFA U20 Women’s World Cup campaign.

The four women were teammates of the first ever Australian side to qualify for a FIFA tournament through the Asian Football Confederation.

I think we are very fortunate to have that national team experience at both youth and senior level during that time that opened us not only to football but the rest of the world.”

The World Cup Qualifiers were held in Malaysia where the Westfield Young Matildas played a terrific tournament.

Following a hard tough tournament and last gasp 3-2 against Japan in the third place match of the 2006 AFC U19 Women's Championships, the Westfield Young Matildas became the first Australian side to qualify for a FIFA tournament through the AFC.

Looking back, it is through experiences that they learned valuable lessons about themselves as players, but also cultural and social lessons, dating all the way back to at least 2006.

One of the youngest players of her age group, Brogan remembers clearly about the cultural shock she experienced during her time in Malaysia, but the important lesson it taught later on.

“We had to go to the bank, and we had the t-shirt and the shorts on. The looks we got walking down the street, everyone was just staring at us,” Brogan recalls.

“It probably taught us respect for other people’s cultures and the way that they lived. I don’t think we were ever disrespectful, but it was just learning a different way of living.”

For Sally Shipard, the memories are a little more foggy but she finds joy - and relief - in the diaries she kept so she can look back over her career.

She does remember however being particularly confronted in Papua New Guinea and being intimidated by the others who occupied the bus ride with the team.

“I would say Papua New Guinea was probably the biggest cultural shock in my earlier days with the team and that was probably just through observing society and culture and driving through the streets,” Shipard shared.

For all of them those early exposures to the world beyond their backyard were invaluable.  It is something the junior national teams have now embraced with the Westfield Junior Matildas and Westfield Young Matildas regularly travelling abroad and connecting with their counterparts in those nations.

Ultimately, the campaign was about the 2006 FIFA U20 Women’s World Cup and qualifying was definitely a moment that they will never forget.

The Westfield Young Matildas won their first game against New Zealand, following that with a loss to Brazil. It come down to a must win game against the hosts, a game that hold place as one of the best and worst moments in Brogan’s career.

“I was at fault for their goal. We were down 1-0 due to my fault,” Brogan admits.

She later was able to score the equaliser for Australia, but the draw was not enough to advance further in the World Cup. 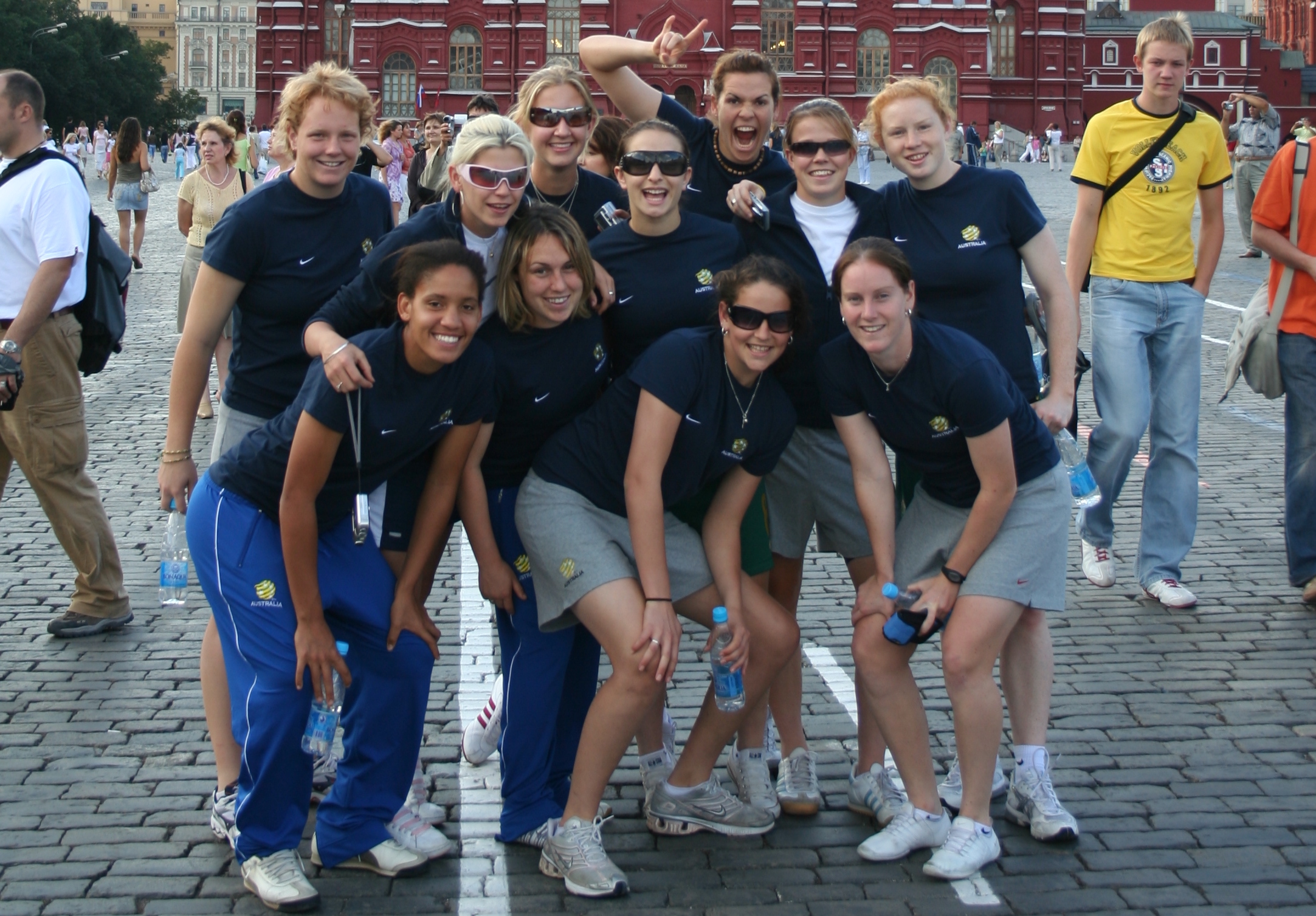 Despite bowing out in the group stage, they recalled how proud they still are of what they achieved at such young ages in their career.

“We were deemed on paper as having a really good chance and I think we really held ourselves to that high standard. I think we threw everything we had at that last game to get through and we fell short,” Carroll reflected on still with a smile on her face.

With over 550 international caps between them, this was only the beginning of the career for Blayney, Shipard, Carroll and Brogan who continued successful careers in football in the Westfield Matildas and Westfield W-League.

As the foursome took part in the reflection together, they remained thankful for their first opportunities to represent Australia.

“At the end of the day, you walk off the field and you got a good group of friends there. The support was there, and everybody wanted you to be the best you could be,” Brogan said.

“I’m lucky to have kept diaries throughout the early stages of my career. I’m very grateful to have kept those diaries because playing football that long ago feels like an absolute lifetime ago and I can’t believe we’re the old girls now that people are turning to, to hear about what it was like,” Shipard said.

“Those early days, you only have to turn through a couple of pages and we were determined young gals with a pretty big point to prove. It was a pretty special time especially through those formative years.”