Matildas captain Kerr slotted in the rebound after her 22nd-minute penalty was saved by Italian goalkeeper Laura Giuliani to give Australia a deserved half-time lead at the Stade du Hainaut.

LIVE BLOG: Keep up to date with all of the build up, reviews and latest news from France
RELIVE: All the action as it happened in Valenciennes in our match day live blog

The Matildas piled on the late pressure but Juventus attacker Bonansea pounced in the 95th minutes to double her tally and grab all three points for the Europeans in Valenciennes.

Head coach Ante Milicic named the same line-up which started the final warm-up game against the Netherlands and the Matildas threatened early when Kerr headed Steph Catley’s pin-point delivery over the crossbar.

Illaria Mauro made goalkeeper Lydia Williams save low down and, moments later, Bonansea had the ball in the net after breaking through the Matildas’ high defensive line. After a consultation with VAR, the offside decision was upheld and the scores remained deadlocked.

Catley’s crossing was causing problems for the Italians and another centre on 20 minutes was rifled towards goal by Emily van Egmond, almost falling for Hayley Raso. Minutes later, Kerr was bundled down in the box by Sara Gama and given a dream chance to open the scoring.

Giuliani came up big to stop Kerr’s 22nd minute spot-kick but the Matildas captain calmly tucked in the follow up. Van Egmond’s lofted shot cannoned back off the bar as the Matildas pushed for a second and Chloe Logarzo’s bullet header was gathered by Giuliani before the interval.

GUIDE: A look at all nine stadiums for the 2019 Women's World Cup
GET TO KNOW THE SQUAD: Goalkeepers, defenders, midfielders, forwards

Milicic’s side picked up where they left off after the break as Caitlin Foord’s strike was blocked following Ellie Carpenter's cross on 54 minutes, before the Azzurre pulled level as Polkinghorne mis-controlled outside her own penalty area and Bonansea added a composed finish.

Alanna Kennedy saw her header fly wide of the post on 65 minutes as Australia looked to regain control, but Italy showed their pace on on the counter when Valentina Bergamaschi’s effort was charged down.

The Matildas were pushing hard as the clock ticked past 90 minutes, until an Italy free-kick found its way through to Bonansea at the back post and she headed a dramatic late winner.

Australians are encouraged to #GetOnside and show their support for the bid at AusBid2023.com. 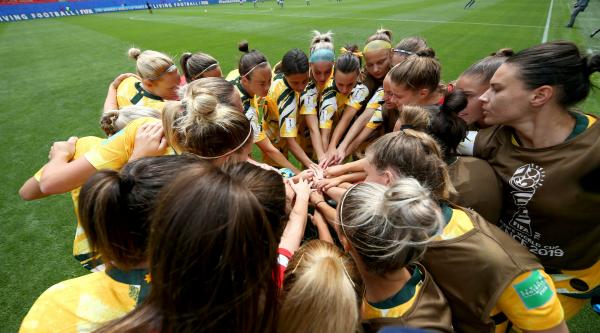 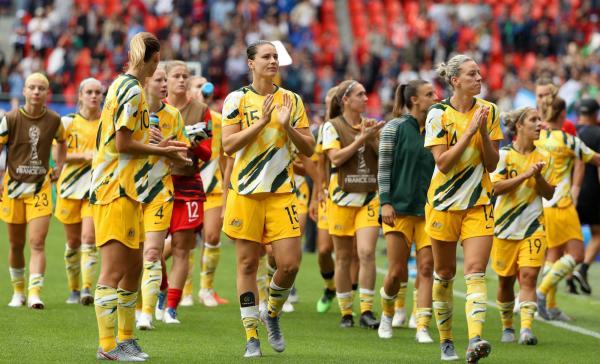 Sam Kerr netted her first FIFA Women's World Cup? goal but Italy snatched a stoppage-time winner to beat the Matildas 2-1 in the Group C opener. Matildas captain Kerr slotted in the rebound after her 22nd-minute penalty was saved by Italian goalkeeper Laura Giuliani to give Au 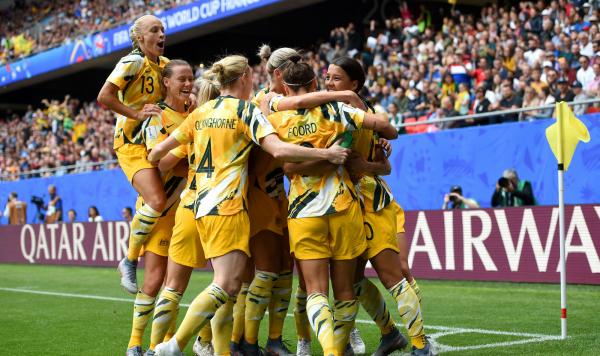 MATCH DAY LIVE BLOG: Relive the action as the Matildas took the lead but came up short against Italy

Sam Kerr's first FIFA Women's World Cup? goal proved to be in vain as Italy snatched all three points at the Stade du Hainaut on Sunday. Relive all of the action as the Matildas fell to a 2-1 defat in Valenciennes in the live blog below OFFER: How Australian school kids can 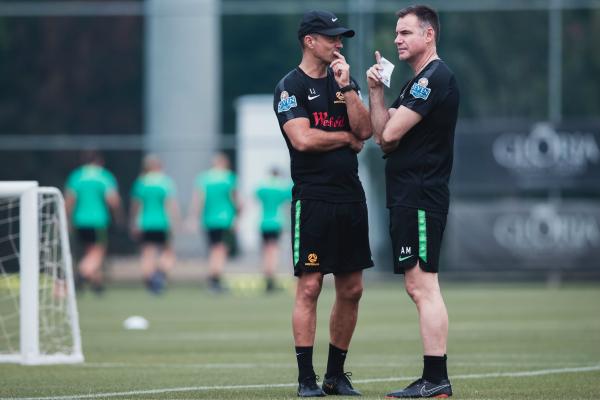 As the Matildas prepare to kick off their opening match of the FIFA Women's World Cup France 2019? on Sunday evening (AEST), assistant coach Ivan Jolic says the team are "as prepared as they can be" for the tournament. More than 17,000 supporters are expected at Stade du Haina 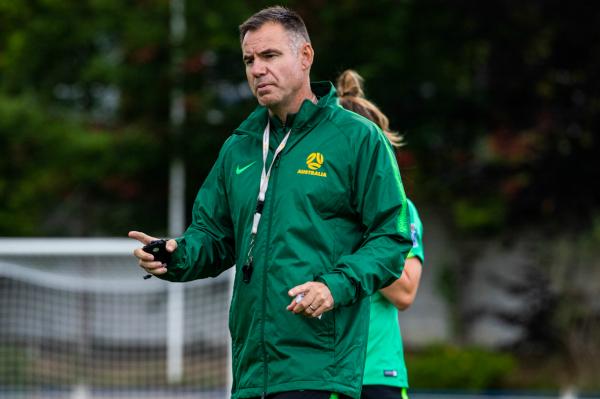 ‘We’ve put in the work and we’re fully prepared’: Milicic says Matildas are ready to go against Italy

The hard work has been done, the preparation has been meticulous and the players are ready. That's the opinion of coach Ante Milicic as the Matildas get set to start their 2019 FIFA Women's World Cup campaign against Italy in Valenciennes tonight (Sunday AEST). WATCH: Ante 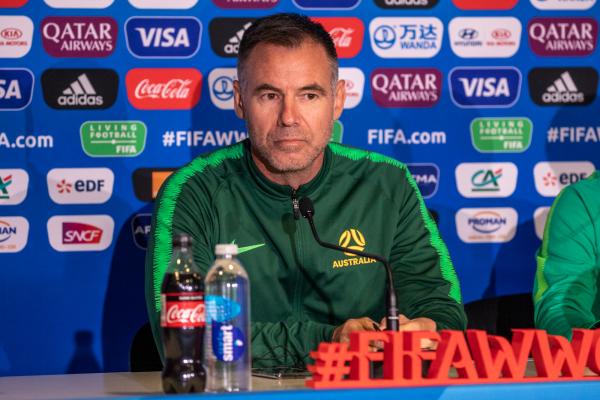 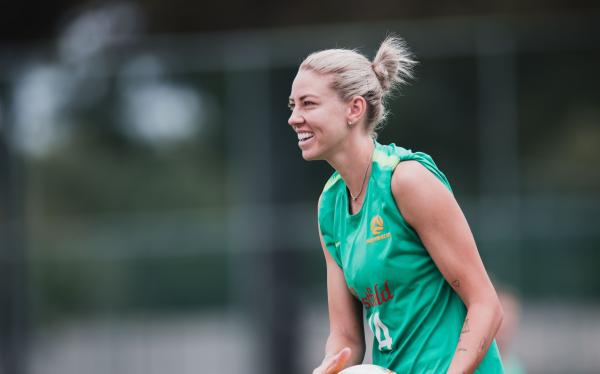 What we're focusing on for Italy: Kennedy

Defending set pieces has been a recent focus of the Matildas, admits Alanna Kennedy. 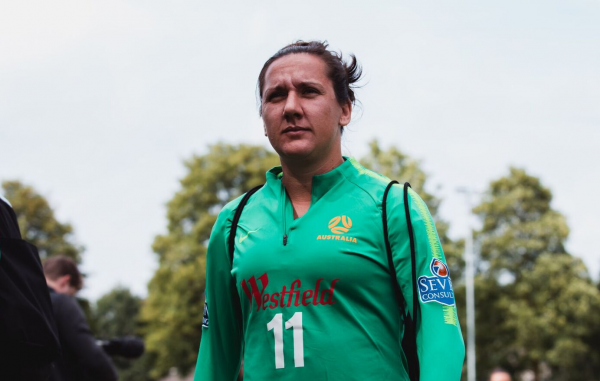 France 2019 is looming as a game-changer for women's football, says Matildas striker Lisa De Vanna. The 34-year-old veteran is on the cusp of her fourth FIFA Women's Cup as Australia prepare to launch their campaign against Italy on Sunday evening (kick off 9:00pm AEST). An 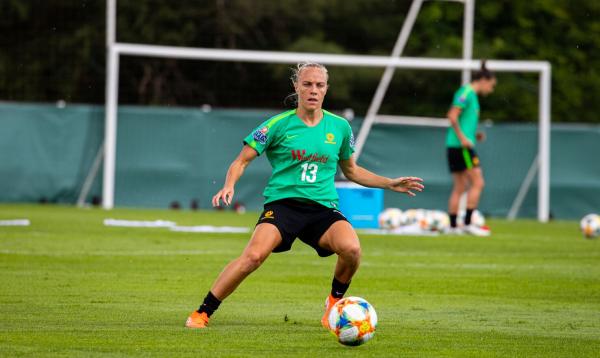 Tameka Yallop says the Matildas have drawn a line through Sunday's loss to the Netherlands, confident they have identified the areas to improve ahead of their FIFA Women's World Cup France 2019? campaign. 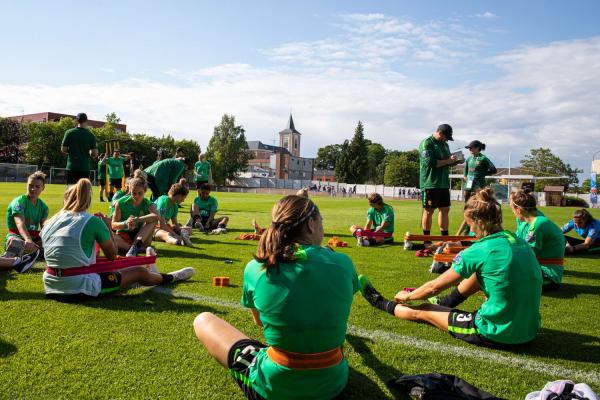 Australia commence their 2019 FIFA Women's World Cup campaign against Italy at the Stade du Hainaut in Valenciennes on Sunday (kick off 9:00pm AEST). The Matildas arrived in France on Wednesday and have since been finalising their preparations for the opening match of Group C 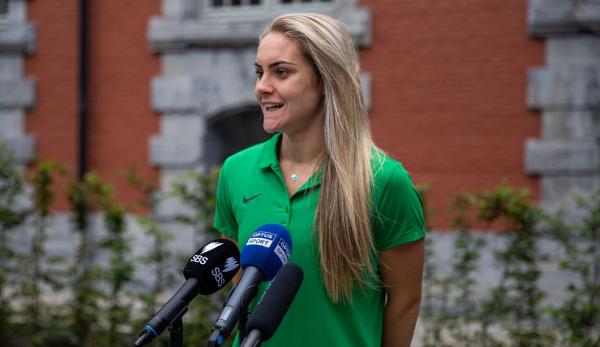 Ellie Carpenter says the realisation they are about to begin their FIFA Women's World Cup journey has hit the Matildas with just two sleeps until their opening game against Italy in Valenciennes. Ante Milicic put his squad through their first training session on French soil on 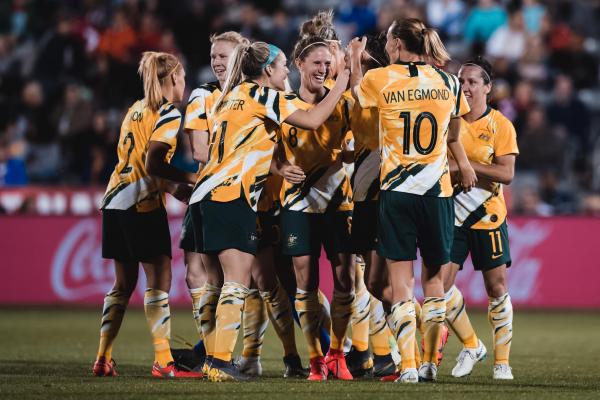 Australia's FIFA Women's World Cup France 2019? gets underway with a fixture against Italy in Valenciennes this Sunday evening, June 9 (9.00pm AEST). And the good news is that you can watch the tournament from Australia on a variety of platforms.  LIVE BLOG: Matildas build