Kennedy: Westfield Matildas pushing themselves to their limits for Cup of Nations

Alanna Kennedy says the Westfield Matildas have been pushed outside their comfort zone in training to ensure they are at their best for the upcoming Cup of Nations tournament.

New boss Ante Milicic has pushed the squad to its limits ahead of Thursday’s opening match against New Zealand in Sydney.

Having enjoyed great success in matches on home soil in recent years, the Westfield Matildas are eager to put on a show for the inaugural tournament, which will also see them play matches in Brisbane and Melbourne.

"(Training has) been really tough but a really positive environment," Kennedy said.

“Everyone is excited about getting some games under our belts and looking forward to the World Cup and the preparation in front of us.

"Every session needs to be tough. We're elite athletes…we're looking to get the most out of us and push ourselves to our limits. 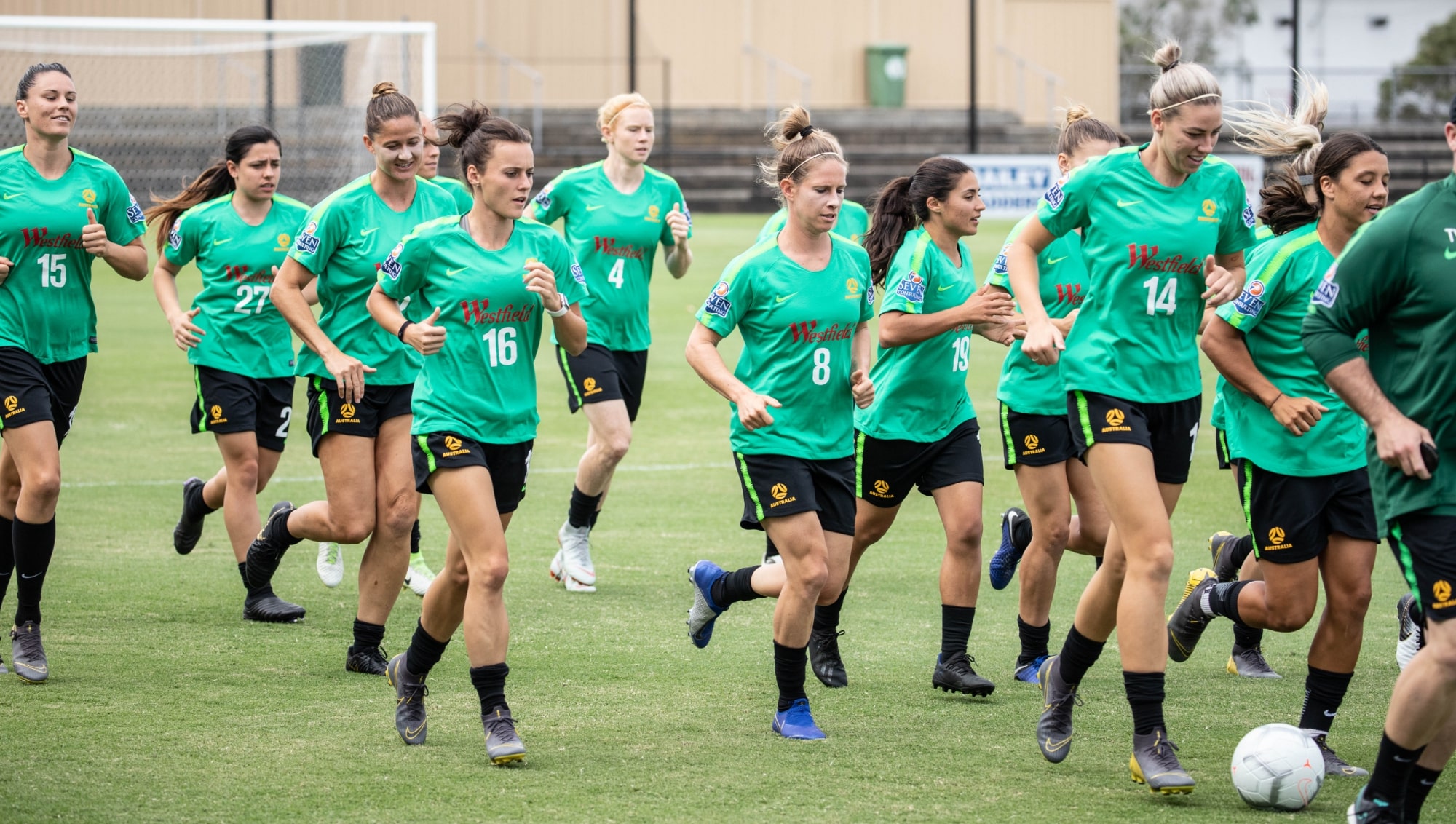 "There's no point staying in your comfort zone because that's not going to get us to where we want to be.

"It’s been tough but the preparation needs to be for us to be at our best.”

While the team will have less than a week under Milicic before their first match against the Kiwis at Leichhardt Oval, Kennedy is confident the team will hit the ground running.

Most of the squad are in peak fitness and come into camp in strong form after an excellent Westfield W-League 2018/19 Season.

And Kennedy said fans that come out to watch the matches against New Zealand, Korea
Republic and Argentina will see a Westfield Matildas team playing “the Australian way”.

“It’s the flair that the players bring and the coach obviously works with the players he has,” Kennedy said.

"We want to play a high pressing game, possession-based and work on becoming better and better at that each game.

"For us it's a different environment, a refreshing change and a clean slate for everyone. Everyone's been on their toes. It’s a really positive environment and competitive.”