Young Matildas Head Coach Gary van Egmond has named a 23-player squad for the upcoming AFC U-19 Women’s Championship 2017 Qualifiers tournament to be held in Nanjing, China from 2-6 November 2016.

The squad comprises a host of Australia’s best young female football talent headlined by 17 year old Ellie Carpenter, who was a member of the Australian squad that competed at the Rio Games and has five Westfield Matildas appearances to her name.

All bar four of the squad are contracted to Westfield W-League clubs for the upcoming season and van Egmond says he is impressed with the quality in the group that has been selected.

“The standard of the training camp we held at Valentine Sports Park this week has been at a really good level and we have high expectations heading over to China,” said van Egmond.

“We need to make sure we’re focussed and approach both matches with the right attitude to ensure we give ourselves every chance of making it to the next stage of qualifying.” 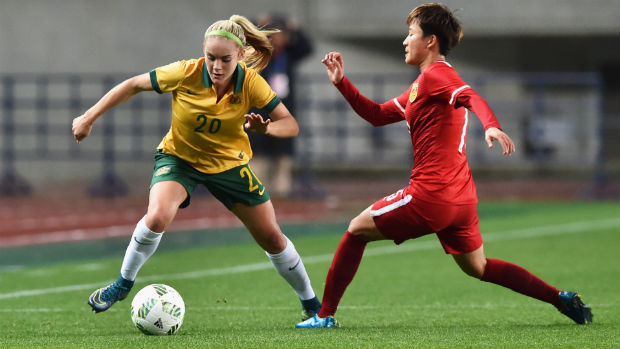 “The players know the privilege of what it means to represent your country and they are determined to put their best foot forward. I’m confident that with the talent we have in this group we can perform well and be successful.”

The squad will congregate for a final camp at the AIS in Canberra on Tuesday before departing for Nanjing on 29 October.

The round robin tournament, which is the first stage of qualifying for the FIFA U20 Women’s World Cup, will see the Young Matildas take on the Northern Mariana Islands and Jordan.

The top team after the round robin matches advances to the Asian Cup tournament scheduled for October 2017, which doubles as the qualifiers for the FIFA U-20 Women’s World Cup 2018.