Who will the Westfield Matildas face in Rio?

Here's everything you need to know ahead of next week's FIFA draw for the Rio Games that will determine who the Westfield Matildas play in the Group Stage in Brazil.

Australia have been placed in Pot 2 alongside France and Sweden ahead of next week’s draw for the Women's Olympic Football Tournament.

The 12 teams which will compete for the gold medal have been split into four pots based on their latest world ranking, with the official draw to take place at the Maracana on 14 April.

The Matildas booked their place at the Games for the first time in twelve years following last month’s triumphant qualifying campaign in Osaka.

Alen Stajcic’s squad finished on top of the standings and unbeaten at the AFC tournament, seeing their ranking rise to number 5 in the world.

They will be joined by China as Asia’s representatives in Rio while the hosts and world’s top two nations will occupy Pot 1. 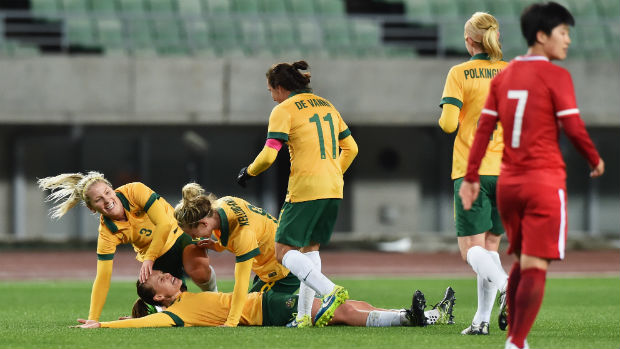 The 12 sides competing at the Games will be split into three groups of four (named E, F and G) from the following pot allocation: