Football Federation Australia (FFA) has today announced that the Westfield Matildas will feature in an all-star double header with the Caltex Socceroos at Melbourne’s Etihad Stadium on Tuesday 7 June 2016.

The Westfield Matildas will take on fellow 2016 Rio Games qualifier New Zealand at 5pm before the Socceroos confront Greece at 8pm.

The match will be the official Rio farewell for the Westfield Matildas, who are an all-time high 5 th  on the FIFA world rankings and aiming for a medal in Brazil.

Fans will now get two world class matches for the price of one and witness the best Australian football has to offer.

The Socceroos v Greece match is the second fixture of the  Dodoni Series  and a crucial final preparation for both nations ahead of 2018 FIFA World Cup qualifiers in September.

FFA CEO David Gallop said the double header is a night to showcase the exciting style of Australian football and give equal billing to the women’s national team alongside the men. 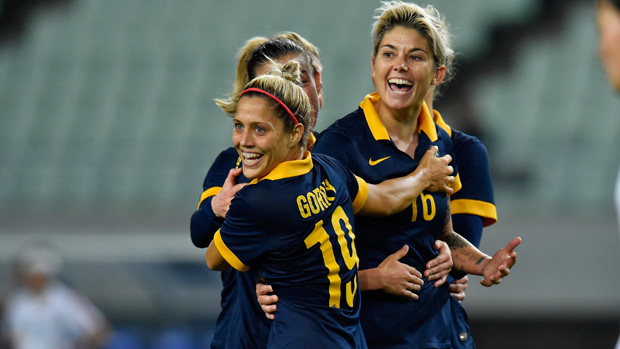 “It’s a rare opportunity to see the Socceroos and Matildas in action on the same stage,” said Gallop. “We’re absolutely delighted that our partners in the Victorian Government and Etihad Stadium have collaborated to make this happen.

“There has already been high demand for tickets to the Socceroos’ match against Greece and now the Matildas farewell to Rio will add a great sense of occasion. It will be a fantastic celebration of the game.”

The Victorian Minister for Sport, Tourism and Major Events, John Eren MP, said the double header was another way for Melbourne to demonstrate its status as Australia’s sporting capital.

“We already had a major event in the Socceroos v Greece match and the inclusion of the Matildas adds a great deal of prestige to the occasion,” said Eren.

“The Victorian Government is proud to host an event that has such international importance but at the same time showcases football’s diversity and inclusiveness.”

The Westfield Matildas’ match against the Football Ferns will be shown LIVE on both FOX SPORTS and ABC TV and is a final hit out on home soil in their preparations for the Rio Games.

With the majority of the overseas based Westfield Matildas players coming back for the match against New Zealand, Head Coach Alen Stajcic is excited about facing their trans-Tasman rivals less than two months out from the Rio Games where Australia will face Canada, Germany and Zimbabwe in the Group Stage.

“We’re delighted that we have been able to lock in a match against New Zealand in the FIFA dates,” said Stajcic. 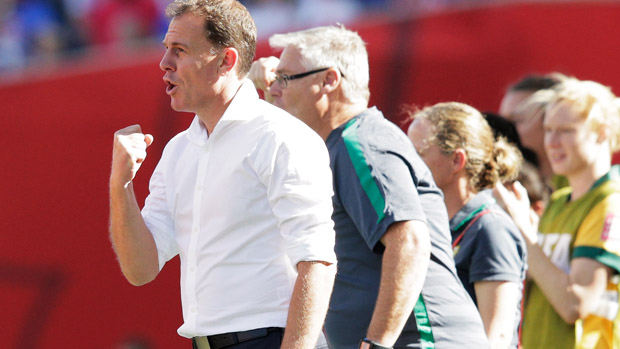 “It will be one of the only chances we have to get most of the overseas players back here and together before the Rio Games so it will be a really important game for us.

“I’m sure the players will be really looking forward to playing at Etihad Stadium before the Socceroos and in front of our home fans, something we haven’t done since before the FIFA Women’s World Cup last year.”

The last time Australia’s two senior national football teams played a double header was on 23 May 2008 at Sydney’s Allianz Stadium when the Westfield Matildas defeated Canada and the Caltex Socceroos beat Ghana.

The Westfield Matildas and Caltex Socceroos double header on Tuesday 7 June at Etihad Stadium will be shown LIVE on FOX SPORTS.