The Westfield Matildas will host Vietnam’s National Women’s team at Jubilee Oval, Kogarah NSW on Thursday 21 May 2015 in an official farewell match before the squad departs for Canada to compete in the FIFA Women’s World Cup 2015™, Football Federation Australia (FFA) confirmed today.

The international match will be the final chance for the Australian sporting public to see the Westfield Matildas in action as preparations continue in the lead up to the team’s first group match of the FIFA Women’s World Cup against the USA on 7 June.

Head Coach Alen Stajcic believes Vietnam will provide an ideal opponent in a final tune up before the Matildas leave for Canada.

“We had a tough game against them (Vietnam) when we beat them 2-0 at the Women’s Asian Cup last year so they will be good opposition,” said Stajcic.

“They’re a hard working team and only just missed out on qualifying for the World Cup so they will be very competitive and it will be a good hit out for us before we go over to Canada.”

The Westfield Matildas have been progressing through a thorough training campaign since January, which has required many of the players to make significant sacrifices for the chance to be part of the World Cup.

Considering the players’ dedication to represent their country, Stajcic is urging people to turn out in big numbers to show their support for the team and give them a fitting farewell.

“This game is really important so the players feel the support from the Australian public and it’s a chance for them to show what we’re capable of on home soil,” said Stajcic.

“It gives the players a chance to play in front of their friends and families and really show off how hard they’ve been working in preparing for the World Cup.

“We haven’t played a lot of games at home lately so it’s a great opportunity for everyone to come out, show their support and really give the players a boost before they go.”

Vietnam’s visit will also comprise of the two teams playing in a closed match on Tuesday 19 May. 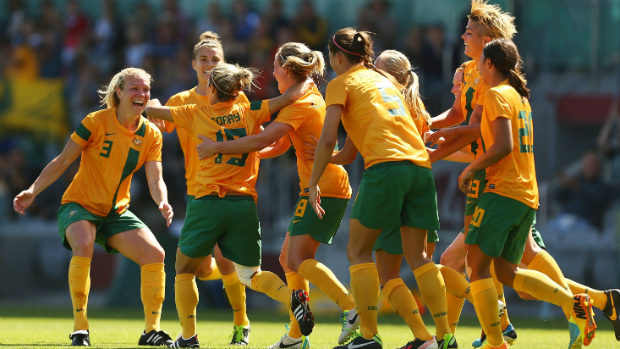 Join the GREEN & GOLD ARMY Family, Friends and Fans tour to watch the Westfield Matildas in action at the FIFA Women’s World Cup in Canada.  Click here for more information.

See all of the Westfield Matildas’ games at the FIFA Women’s World Cup 2015 live on SBS ONE.

For your chance to win the ultimate Westfield Matildas fan experience at their farewell match, email marketing@ffa.com.au and tell us why you want to meet the Westfield Matildas! Please include your name, age and contact details. For full terms and conditions please click here.