Westfield Matildas Head Coach Alen Stajcic says his team was given a ‘reality check’ as Lisa De Vanna’s second half strike gave Australia a 1-1 draw with a much improved New Zealand at Etihad Stadium tonight.

Stajcic was left with plenty to ponder after the Westfield Matildas struggled to reach the lofty standards that has lifted them to 5th in the world rankings.

“I think our level of performance was certainly significantly lower than it was the other day in Ballarat,” said Stajcic.

“Our technique let us down at times today as did our first touch, quality of our passing and our decision making so there are plenty of things we can work on.” 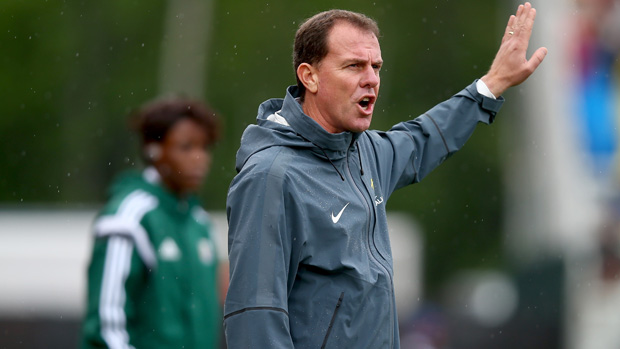 “We’ve had a good run of six or seven matches in a row where we’ve played at a really high level and today was just that little bit lower so it’s a good reality check for the group to know that if we drop our levels and the expectations on our performance that anyone can beat anyone in the top 20 of women’s football.”

“The expectations of our group are a lot higher and I know the players will be disappointed today so it’s something for us to work on and learn.”

“This shows the level that we’ve got to that we can still get a draw and not be happy with ourselves and know that we can be better.”

Unlike last Saturday in Ballarat, there was no early breakthrough for the Westfield Matildas as New Zealand had the better of the early stages, Amber Hearn flashing a left footed effort just wide of the target in the 18th minute.

One of three changes to the starting line-up from the team that ran out in Ballarat, Kyah Simon had two shots blocked in quick succession as De Vanna started to insert her influence on the contest. 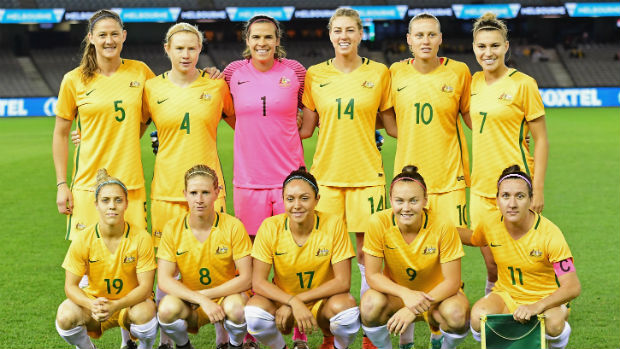 The Football Ferns were providing stern resistance although Caitlin Foord almost unlocked the New Zealand defence five minutes into the second half with a perfectly weighted ball for De Vanna on the counter attack but the veteran could not get a shot away.

Simon forced Football Ferns goalkeeper Erin Nayler to tip a shot over the bar before Abby Erceg went inches away from doubling the Football Ferns’ lead when she headed a corner onto the upside of the bar from a corner.

The New Zealanders then had shouts for a penalty waved away but minutes later they went ahead when substitute Sarah Gregorius streamed forward to create the chance which Bowen duly finished with a sublime first time strike that curled over Lydia Williams and into the net.

Finding themselves a goal down combined with a host of substitutions gave the Westfield Matildas renewed energy and vigour and after Katrina Gorry went close a couple of times it was the experience and quality of De Vanna that brought Australia level. 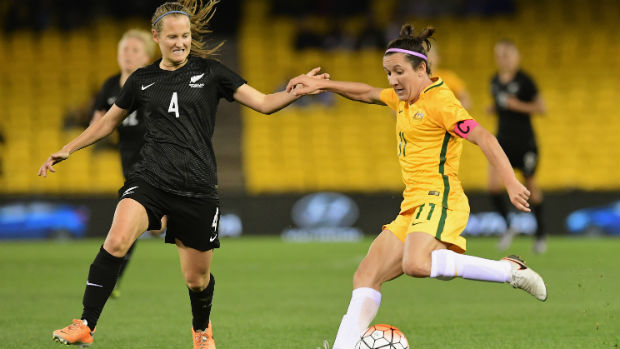 Receiving the ball from Michelle Heyman, the veteran still had plenty of work to do but she worked the ball onto her favoured left boot and fired an inch perfect strike past the diving Nayler.

Both teams had chances to snatch victory late on as Caitlin Foord tried to inspire the Westfield Matildas to find a winner but it was not forthcoming as the match ended all square.

The Westfield Matildas final 18-player squad for the Rio Games will be announced in early July before the team departs for Brazil on 5 July.