The Westfield Matildas have reached 1.2 million viewers in their four matches so far in Rio qualifiers on free-to-air Digital channel 7mate.

Monday night’s clash against DPR Korea – which confirmed the Matildas’ qualification for Rio 2016 Olympics with a 2-1 win – averaged 220,000 viewers.

FFA Chairman Steven Lowy paid tribute to the team at the announcement of the FFA’s four-year strategic plan on Tuesday.

“What a performance in the last four games," he said. 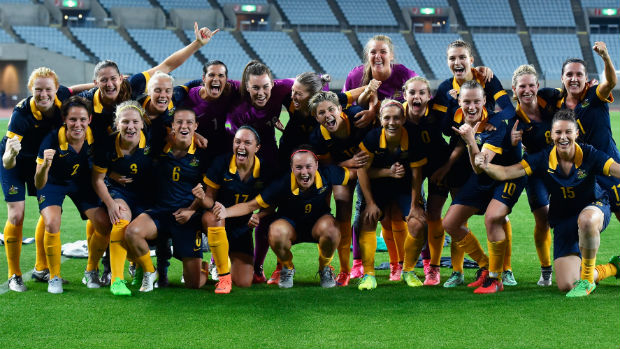 "They are truly worth qualifiers for Rio Olympics. It was an unbelievable performance and they’ve clearly captured the nation.

“Their performances have been outstanding and none better than last night’s against DPR Korea.”

FFA CEO David Gallop added the way the Matildas are playing has caught the eye.

“I’m chuffed that we have a Socceroos and a Matildas coach who are Aussies and who are playing a style which can help define a style of Australian football," he said.

The Matildas' final game is against China on Wednesday night (AEDT).