Time to get excited about the Westfield Matildas

The Socceroos wowed Australia's sporting public in January, reigniting fever for the Green and Gold with a bold coach and young team buying into an exciting philosophy. The Westfield Matildas are in the same position, and are set to excite fans at June’s FIFA Women’s World Cup in Canada with a similar dynamic.

Yes it’s a tough group with the USA in the opener as well as Nigeria and Sweden in the group.

But since he came in just weeks before Asian Cup 2014 - where Australia made the final only to be beaten by a classy Japan - this particular group of players have been superbly managed by new coach Alen Stajcic.

The squad is galvanised. No doubt about that and are enjoying his style of management after the fractious Hesterine de Reus era.

The team’s preparations for Canada 2015 are and will be excellent in terms of time in camp and games.

In attack in particular the Matildas are looking very strong (even though central striker Kate Gill is battling a knee injury right now).

And this Matildas group is much closer to its peak after a very young national team made it to the quarter-finals of the 2011 FIFA Women’s World Cup.

Many players have since gone on to play in overseas leagues adding to the experience in the group where key players are reaching their peak.

If the Australians can get through their group, this could be a fabulous World Cup for our women.

These five players in particular from five different states give the Green and Gold every chance of success. And of getting the Aussie fans on their feet. 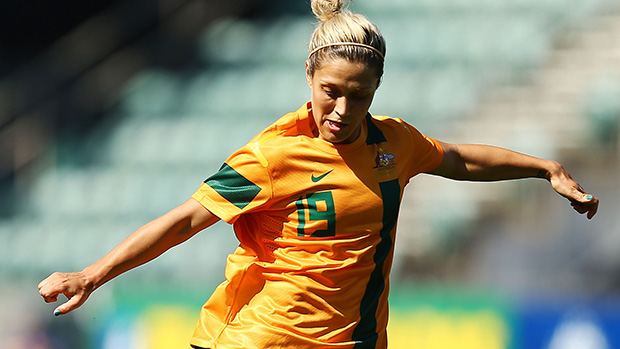 “Mini” as she’s nicknamed is an utterly brilliant playmaker. That’s why she’s the reigning Asian Women’s Player of the Year.

The diminutive number 10 has the sort of touch and vision that sets her apart. The Brisbane Roar FC and Kansas City star can score too – her goals at the Asian Cup focussed the region’s attention on her with some brilliant power strikes.

The 22-year-old Queenslander and current Australian Female Player of the Year is at the perfect age to now take her Messi-like qualities to the biggest stage of all. 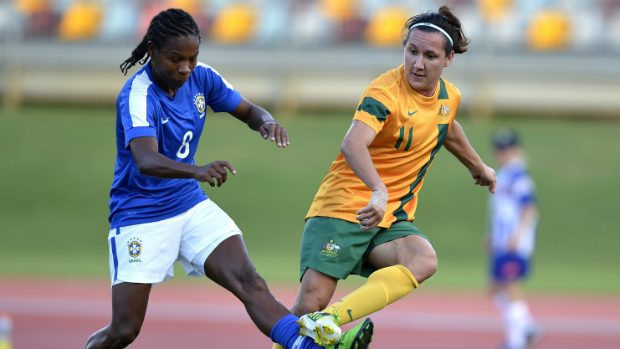 In what might be her last World Cup, the lightning quick forward still has the ability to rip teams apart with her direct runs and finishing.

If she’s used as a super-sub the 30-year-old Victory forward is the ultimate impact player.

And after FIFA nominated the Perth-born striker’s incredible bicycle kick goal in the 2013 goals of the year (alongside some of the biggest names in the men’s game) she really came to world prominence.

An unbelievable solo run and goal against the US in a friendly in 2012 (outpacing the US defence and beating Hope Solo in goal) also lifted her profile on the global scene.

With Gorry supplying the balls through, the veteran De Vanna could make a spectacular swansong on the World Cup stage.

And she’s a winner. 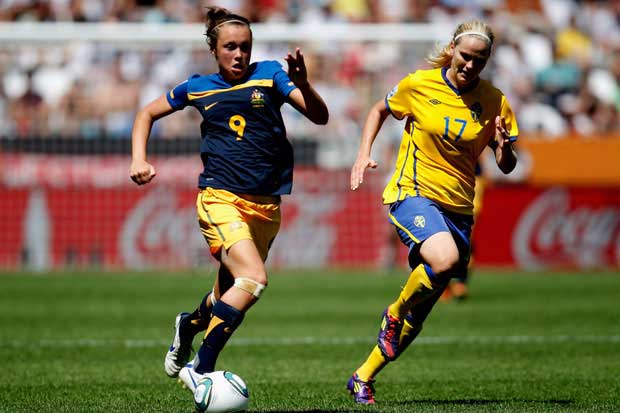 Last World Cup, the Wollongong-born flyer was awarded the Best Young Player by FIFA. She was only 16 at the time.

Now at 20 years of age, the right-sided wingback is coming into her prime after stints overseas with Sky Blue FC.

What Foord brings is pace and directness. Like De Vanna, she can be very hard to stop in full flight. 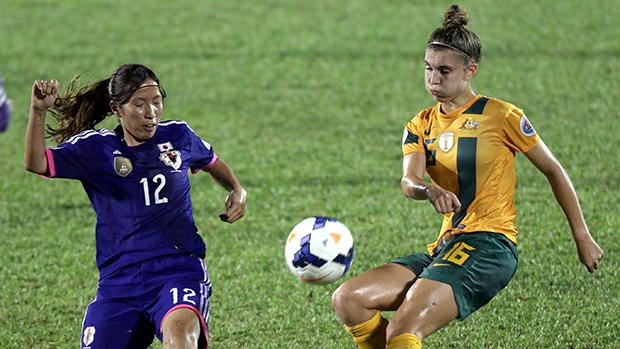 Now a real leader at club and country level, the left-sided 21-year-old defender has scooped numerous local awards after debuting for the Westfield Matildas three years ago.

The Melbourne-born Victory star, signed by US club Portland Thorns, exudes coolness on the ball and has an ability to get up and down the left side.

This will be key to the Matildas’ transition play as they look to hurt sides with their pace and fitness on the artificial surfaces in Canada. 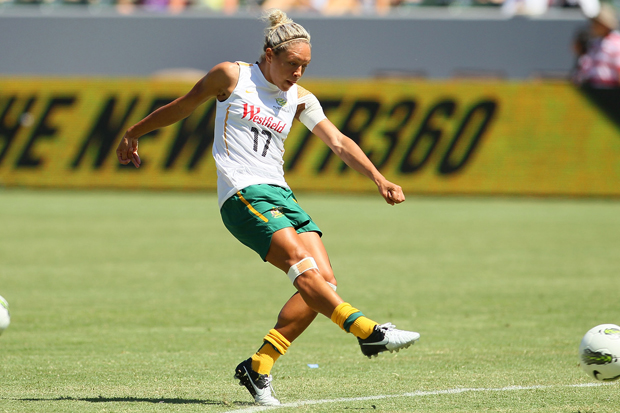 Now 23 years old, Simon is no longer the rising star of the national team after debuting for Australia aged just 16. She has experience and maturity, and now a point to prove.

Following a brilliant World Cup four years ago (tormenting Norway with two goals to fire Australia into the last eight) the western-Sydney born striker will be highly motivated to take it up a notch this time around after horrendous injuries over the last few years have stymied her burgeoning career.

Simon’s goal will be simple: to show Australia she’s still got it on the international stage. She’s working hard at her fitness and can be a vital part of the attacking structure along with De Vanna at the World Cup.

And watch out for ... Alex Chidiac

The buzz around South Australian Chidiac has been growing over the last 18 months. If selected for the World Cup and she played, the attacking midfielder would be a 16-year-old World Cup debutant. Like Beattie Goad and Larissa Crummer, Chidiac is one for the future of our national team.