Emily van Egmond is excited about going up against some of her Orlando Pride teammates when the Westfield Matildas take on Brazil in their Tournament of Nation’s opener on Friday Morning (AEST).

Van Egmond – and fellow Aussie Alanna Kennedy – play for the Pride in the NSWL alongside four players in the Brazil squad for the Tournament of Nations.

READ: 'Five years ago we wouldn't have been invited'

Captain and all-time leading scorer for Brazil Marta, along with Camila, Monica and Poliana, are all teammates of the Westfield Matildas pair at the Pride.

But that friendship will be pushed to one side when they take the field in Kansas City tomorrow.

“It will be good. The Brazilians have good banter as well so it will be fun,” a relaxed van Egmond told https://matildas.footballaustralia.com.au from the team’s base.

“It will be a good challenge and it’s always an exciting game against Brazil.

“The last few times we’ve met we’ve had the upper-hand so they are definitely going to want to come out and change that. “It will be a challenge but one we’re all looking forward too.” 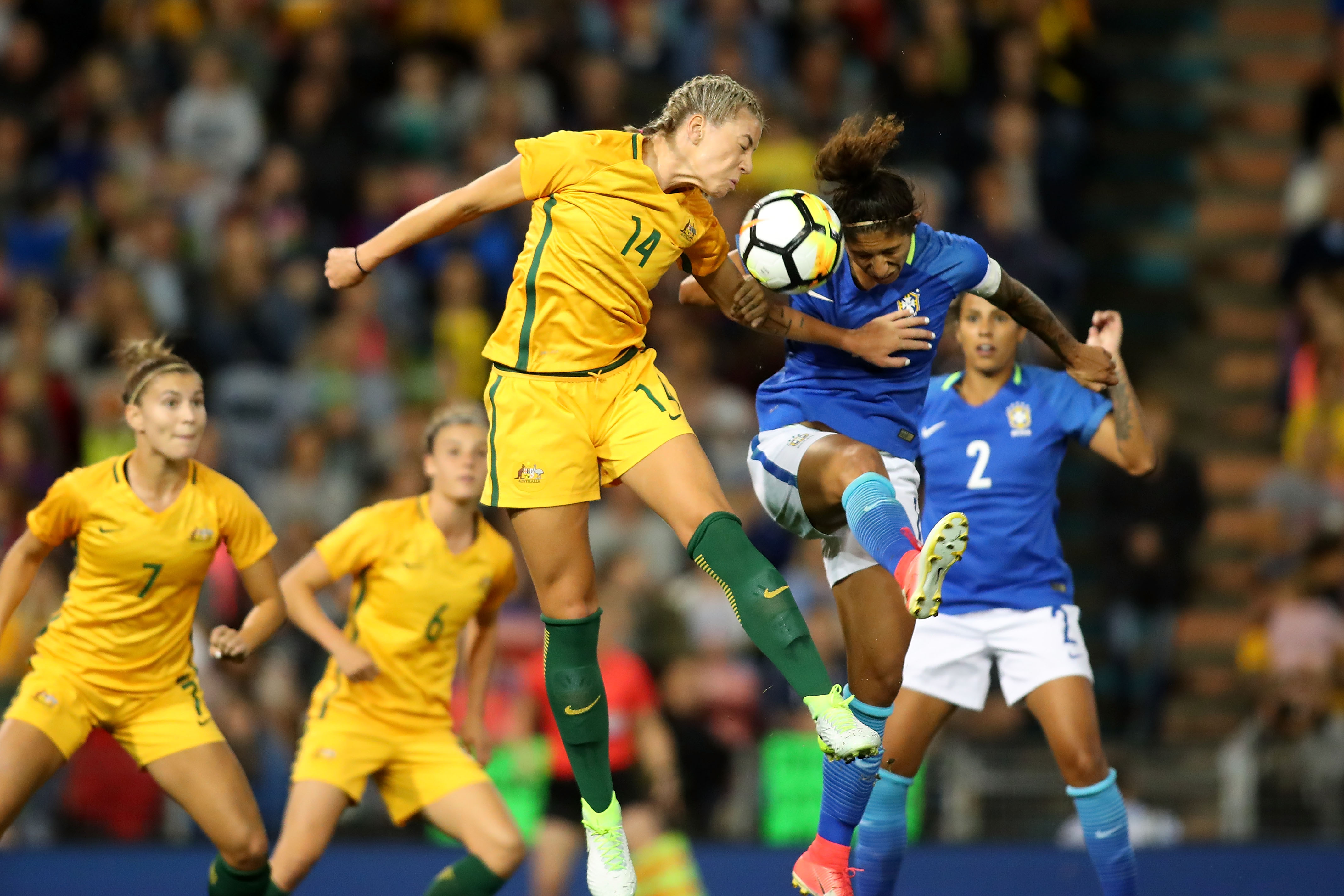 The classy midfielder added: “They [Brazil] will be quite aggressive and have a very attacking style of play.

“They just have brilliant individuals who can create anything from nothing.”

Australia won all three matches at the tournament in 2017, so including a historic first-ever win over host-nation USA.

It means the Westfield Matildas will have a target on their back this time around.

READ: 'There is obviously a bit of tension there': Stajcic ready for battle with Brazil

But van Egmond hopes it will bring out the best in the team and believes they can replicate their success both in the tournament and against favourites the USA.

“Last time we played them we obviously won but they are going to want to come out and prove us wrong,” she said.

“They have such good individuals that can create anything on any given day.

“All the teams in the tournament are going to be tough. But’s it’s a good challenge for us and hopefully we can back up our success from last year.”