Taylor Ray may have missed out on her first Commonwealth Bank Matildas' senior camp due to contracting COVID-19, but the gravity of her selection is not lost on the Sydney FC star, only bolstering her determination to be selected at the next opportunity.

After spending two years on the sidelines rehabbing two ACL injuries in 2018 and 2019, then dealing with the havoc that COVID wreaked on the 2020/21 football season, the midfielder had finally achieved her goal of national team selection.

"I was beyond overwhelmed with the news, to be recognised by the national team coach is a massive achievement," Ray said.

"This opportunity is what every player strives and constantly works day in and day out for. I was so excited and honoured, it was very emotional and still hasn't sunk in."

Excited and honoured as she was, Ray tested positive for COVID during that same period, meaning she had to turn down the call-up. But, she took it all in her stride.

"I have had some challenging obstacles thrown my way, but in all honesty, I take each of them as a learning process," she said.

"Each setback is a chance to grow and if you dwell on them, you will take nothing out of it.

"I try to take things that are out of my control and use them to my advantage to improve, whether that's physically or mentally. We can always strive for better," she continued.

"Don't get me wrong, I've had many struggles and accepting that is also just as important as moving forward. I just want to make myself and my family proud."

Knowing that Gustavsson is keeping an eye on her just acts as extra motivation for Ray as we edge closer to the FIFA 2023 Women's World Cup on home soil. 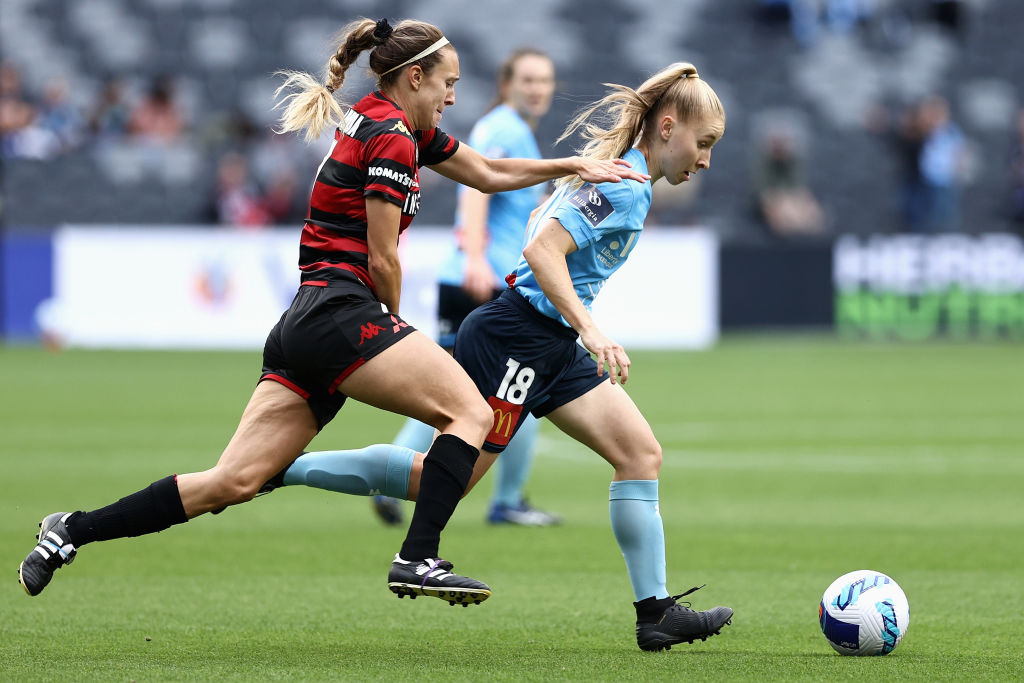 "I can't believe it's already so close!  The thought of having a home world cup is very special and something to look forward to.

"I know for myself, the next year is very important, as of course, it's my goal to be part of the Commonwealth Bank Matildas' team.

"It's important to be playing, not just to get as much game time as you can, but to play against top notch players that will push you to a higher game standard," she continued.

"That's what will showcase your areas of improvement which you can directly target in order to get better.

"I am more determined than ever to continue to perform throughout the rest of the A-League Women's competition. I love playing with Sydney FC, the girls provide such a fun, competitive environment which I look forward getting back into and working hard."