Stars to return for Matildas clash with New Zealand

With some big names returning, Matildas coach Alen Stajcic wants to see more "cohesion" from his side when Australia's women's team face New Zealand again in Melbourne on Tuesday.

Stajcic's side defeated New Zealand 2-0 in Ballarat on Saturday and the Matildas will look to repeat that result at Etihad Stadium as part of a double-header with the Socceroos on Tuesday.

This will be their final friendly before they meet in Brazil on July 5 ahead of the Olympic Games.

A double from Caitlin Foord saw Australia triumph over the Kiwis on the weekend but Stajcic wasn't satisfied by the performance. 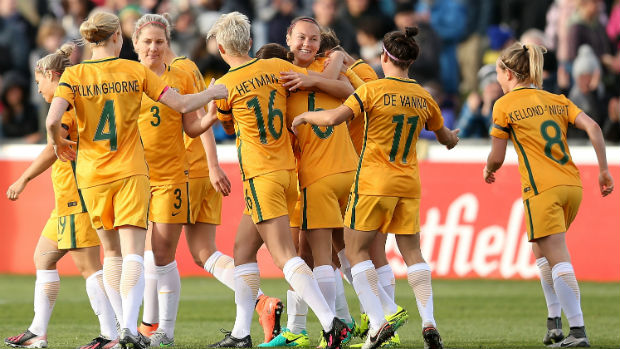 Stajcic is planning to make at least three changes to his line-up for the second match against New Zealand, with Laura Alleway, Kyah Simon and Emily van Egmond all set to come into the side.

"Hopefully by the time we get out tomorrow, we'll have improved our cohesion a bit more and a little bit more of the rhythm that we had earlier at the [Olympic Games] qualifiers," he told reporters on Monday.

The Matildas coach added that he is fairly settled on his squad for the Olympics, although injured forward Sam Kerr will be given every opportunity to prove her fitness after missing the two New Zealand games.

"I think we're pretty close to be honest," Stajcic said.

"There's 20 here and we pick 18 for the actual Olympics and another two will be on stand-by on top of that."

The Matildas will make their return to the Olympics in August after missing the past two tournaments, with Lisa De Vanna the only survivor from the 2004 squad that went to Athens. 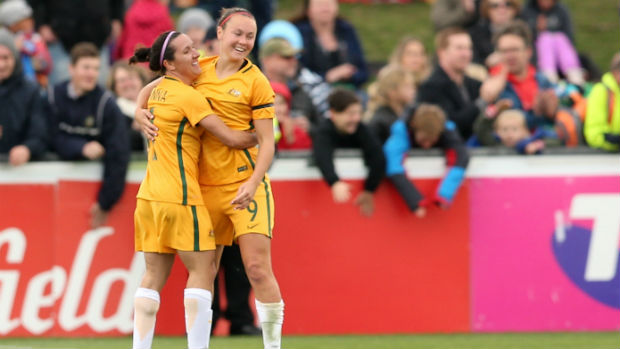 "The way that we feel going into Rio is a strong belief that we can take it to the world, and actually get a medal," she said.

Australia will face Canada, Zimbabwe and Germany in their group at Rio 2016.