Two goals from striker Kyah Simon has kept the Westfield Matildas World Cup campaign alive as they beat a feisty Nigeria 2-0 on Saturday.

Simon struck a goal in each half as the Matildas bounced back from their opening game loss with a professional display in energy-sapping conditions in Winnipeg.

While Simon was the hero with her brace, the Matildas had warriors all over the park, with Sam Kerr superb down the flanks while a re-jigged back-four were solid throughout.

Coach Alen Stajcic made three changes to the side that lost to the USA, with Lydia Williams, Alanna Kennedy and Simon replacing Melissa Barbieri, Servet Uzunlar and Michelle Heyman.

And it took a little time for the Aussies to settle as Nigeria’s pace and pressure on the ball had them on the back foot.

But once the Matildas settled their quality started to shine through and the chances started to come. 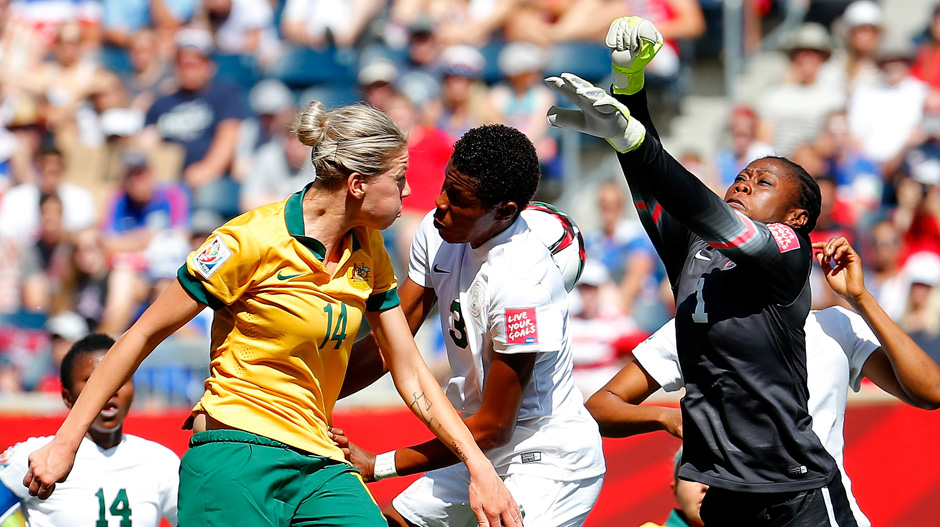 Kerr didn’t quite get enough power on her shot after a strong run through the heart of Nigeria’s defence by Katrina Gorry midway through the first half.

Kerr was a whisker away again soon after but she failed to get a decisive touch on Elise Kellond-Knight’s long free-kick into the box.

Less than two minutes later though the Matildas had their lead.

De Vanna powered past two Nigerian defenders before spotting the run of Simon who produced a clinical finish into the far corner.

It was a vital goal and one that settled the nerves of the Matildas.

De Vanna almost doubled the lead 11 minutes before the break after Simon’s initial effort was blocked, but the skipper volleyed wide of the target. 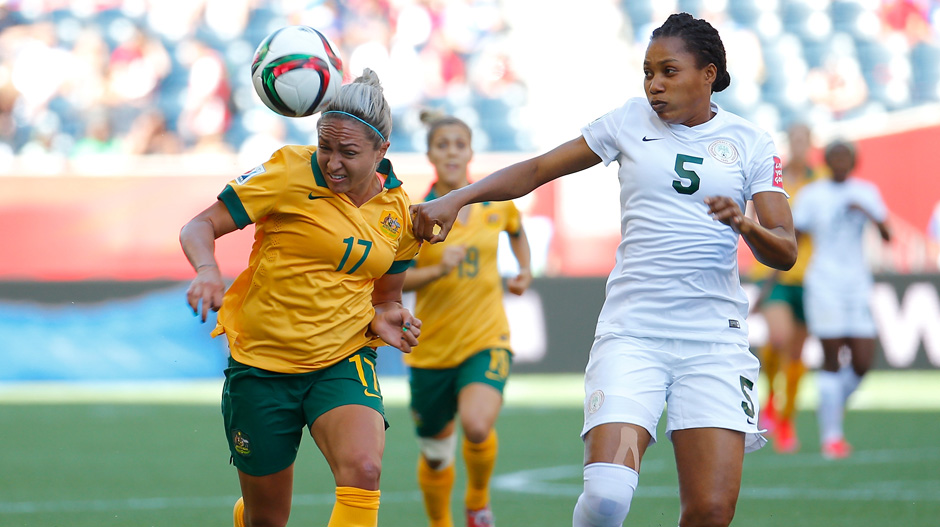 The fit-again Williams was forced into a couple of regulation saves as Nigeria finished the first half with a flurry but the Matildas were good value for the lead as the sides headed to the sheds.

Gorry went close to a second goal early in the second half as she got on the end of Steph Catley’s cross but it was straight at keeper Precious Dede.

A free-kick on the edge of the box almost brought about an equaliser for Nigeria, with Williams at full stretch to keep out Desire Oparanozie rasping strike.

It was end-to-end stuff as both sides lifted the urgency with so much at stake.

The Matildas were desperate for a second to give themselves some breathing space and Simon delivered midway through the half.

Kerr lofted a cross over the top of an advancing Nigerian defence, with Simon staying onside before volleying past a stranded Dede.

There was an ugly incident soon after as Kerr was struck in the throat by an elbow off the ball by Nigerian substitute Ugo Njoku, which left the young attacker writhing in pain on the turf.

Alleway almost added a third eight minutes from the end from Kellond-Knight’s free-kick, here effort only kept out by the crossbar.

But it mattered little as they held on for all three points to set up a massive final group game against Sweden in Edmonton on Wednesday (AEST).