‘She could be one of the best players in the world’: Stajcic’s huge praise for hat-trick hero Foord

Hat-trick hero Caitlin Foord could be one of the best players in the world and still has levels to climb, according to Westfield Matildas boss Alen Stajcic.

The 24-year-old attacker inspired Australia to a rampant 5-0 win over Chile on Tuesday night, in which Foord teed up Sam Kerr’s opening goal before clinching her first international treble.

For Stajcic, Foord’s performance bolstered his long-standing belief that the precociously talented Sydney FC forward could yet develop into one of the world’s best.

“For me, she could be – and I’ve said it to her many times – she could be one of the best players in the world,” he said.

"I think she showed glimpses of that today, but for me she still has so much more in her.

"She is such a fantastic mover with the ball, her one v one dribbling skills are amazing.

“To be fair to her, she’s also been out for six months. She was out from January through to June-July and you can’t just click your fingers and find your feet again.

“It’s taken her a bit of time and today for me it’s just glimpses of the Caitlin Foord we can see, and she’s got another six or seven months to really get fit and really find her balance and movement again.”

A fully fit and firing Foord with Sam Kerr in tandem is both an exciting prospect for Westfield Matildas fans and frightening one for Australia’s FIFA Women’s World Cup opponents.

And with the likes of Lisa De Vanna and Emily Gielnik waiting in the wings, Stajcic says the Westfield Matildas possess the firepower to be a genuine threat in France 2019.

“If she’s [Foord] at her peak and Sammy’s at her peak, and we can get [Lisa] De Vanna and Chloe [Logarzo] at their peak and Emily Gielnik, [who] I thought had two good games and we've got a good front five or six who can be dangerous at any time.

“But we’ve really got to ensure that we’re at our peak level of fitness and mobility and speed and we’re really going to be a threat.” 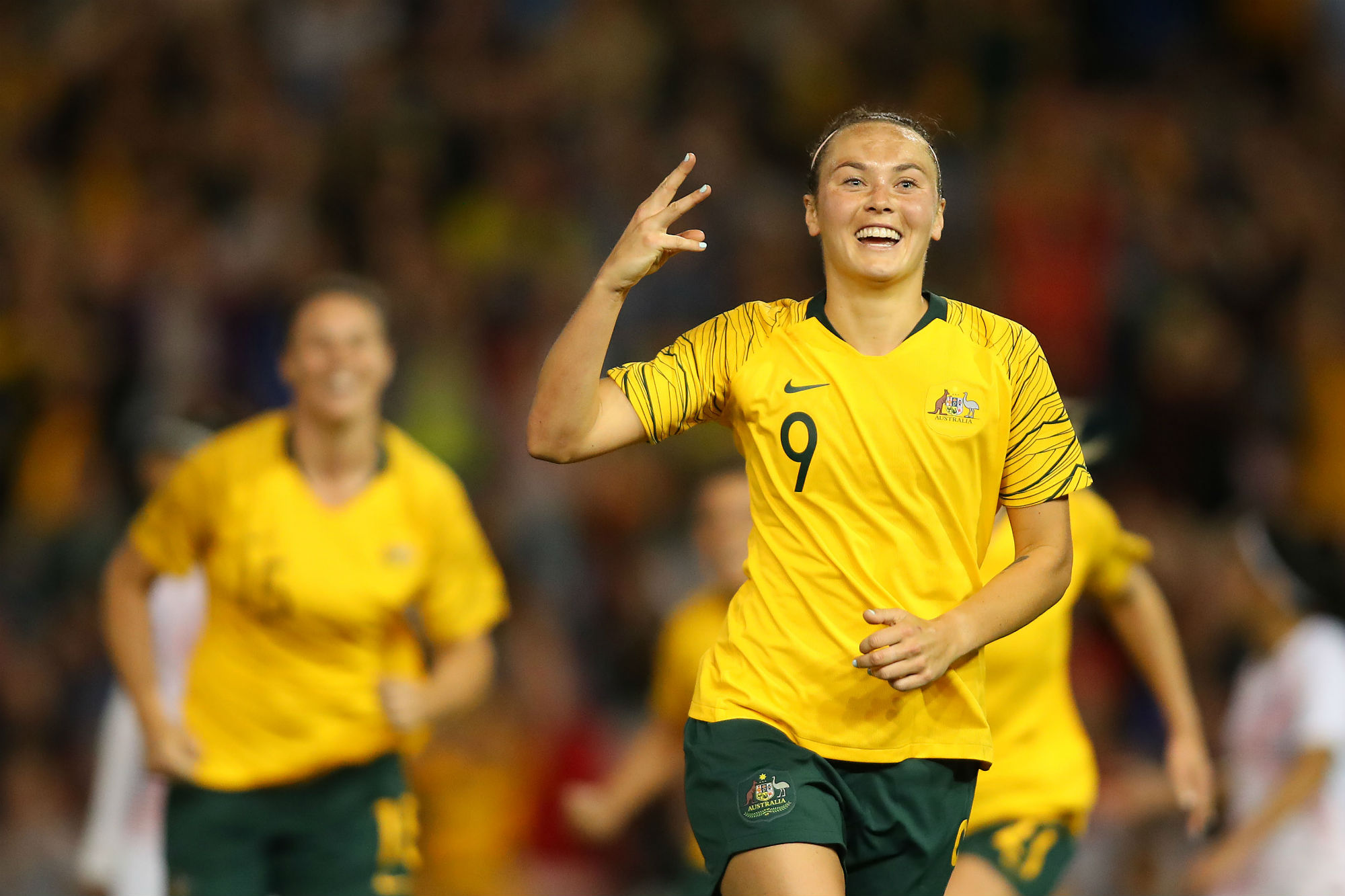