The release of the player ratings for EA Sports’ FIFA 21 series is one of the most hotly anticipated events on the calendars of sports and video game aficionados.

Fans eagerly await to see if their football heroes are bestowed the attributes worthy of their standing. Samantha Kerr is one of those heroes to many; the Australian football superstar has enjoyed a meteoric rise that now sees her plying her trade at one of the most famous football clubs in the world: Chelsea.

But how did she get there?

Using Opta’s football data we are going to explore how Sam Kerr has evolved over the last four years and see how that has corresponded with her metrics in EA Sports’ FIFA series.

We begin at Kerr's Westfield W-League club in Australia, Perth Glory. Although she did not contest the entire 2015/16 campaign due to a foot injury, her 100% shooting accuracy supported her solid rating of 82 for Shooting: Finishing in the corresponding FIFA game (FIFA 17). Similarly, winning possession 2.8 times per game helped her to a positive rating of 80 for Ball Control in that same edition.

FIFA 18 saw Kerr achieve her highest overall rating in the series so far (87). Kerr’s 2016/17 Westfield W-League campaign was a fitting prelude to this iteration of the virtual football world – she was one (10) of only two players to score double figures in goals (Ashleigh Sykes – 12) and had 18 more shots on target (43) than any other player in the competition. 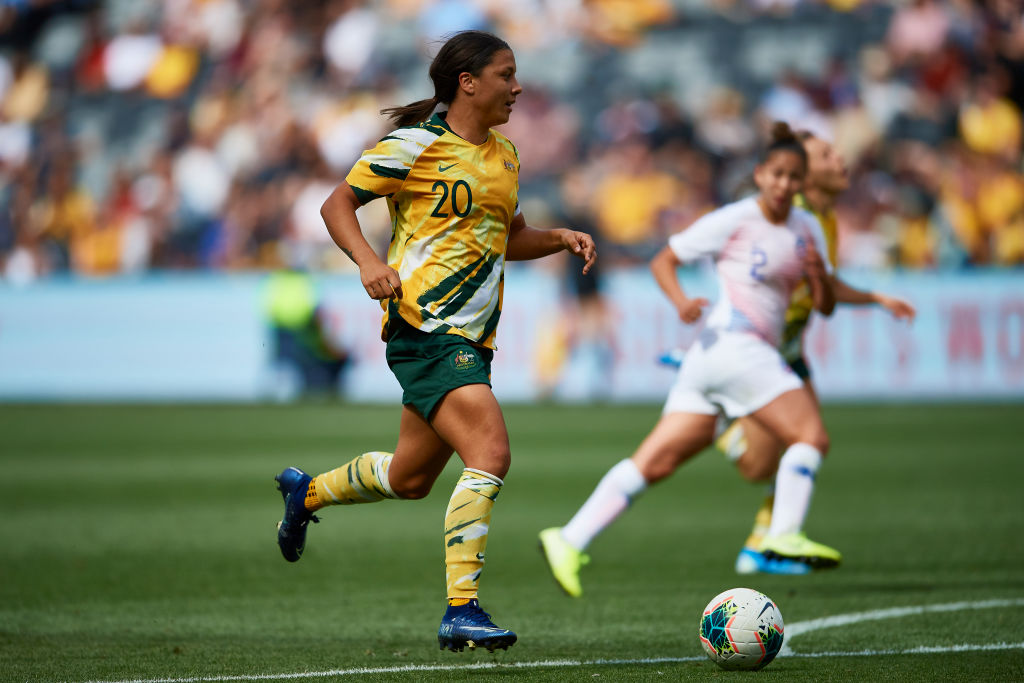 One of two categories she was assigned a much-coveted 90+ rating ahead of the game’s release was her Shooting: Finishing (91). Despite only playing nine games in the corresponding National Women’s Soccer League (2016), her shooting accuracy (60%) placed her in the top five amongst players to have made as many as her 25 total shots.

FIFA 19 saw Kerr elevated into the best of the best of EA Sports’ pixelated roster; the Westfield Matildas’ star was assigned the joint-highest score (89) of any female player ahead of release (also Amandine Henry and Megan Rapinoe). This was supported by her rate of 0.8 goals per game in her 2018 National Women’s Soccer League campaign – the best average of any player to find the back of the net more than once that season.

Kerr’s score for Ball Control (90) was one of her stronger attributes in this edition; only Western Sydney Wanderers FC’s Talitha Kramer (21) completed more dribbles than Kerr (19) in the 2017/18 Westfield W-League season. Her best attributes in this game were her Attacking Position and Shooting: Finishing (both 93); no other player in the 2017/18 Westfield W-League (min. 30+ shots) had a higher shot conversion rate than Sam Kerr (24.1%) for Perth Glory.

The most recently available entry into EA Sports’ FIFA lexicon (FIFA20) also listed Kerr (92) with the joint-highest overall rating of any female player, again alongside Megan Rapinoe. This was underlined by her highest W-League goal tally (17) for a single campaign in the corresponding 2018/19 season.