Back in the fold after missing last year's Rio Olympics, rising star Hayley Raso wants to make every minute count with the Westfield Matildas, starting with the Algarve Cup in Portugal.

The Australians, ranked six in the world, are in Portugal working hard with coach Alen Stajcic as they prepare to face Sweden, followed by the Netherlands and China in Group C of the Algarve Cup.

For Raso, who has played 14 times for the Westfield Matildas, it’s an opportunity to recalibrate her international career and cement a spot in a squad that is on the rise under highly rated coach Alen Stajcic.

“It was hard not going [to Rio] and seeing the girls over there, but it was great they did really well,” Raso told www.footballaustralia.com.au 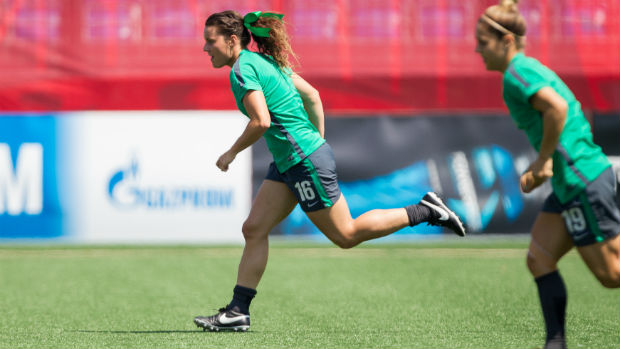 “It’s something I strive to do to get back into this team and to push myself. It’s really nice to be back in and I’m really enjoying it.

“I want to be here and be playing minutes, be a starter and go to the next World Cup and Olympics.”

The Algarve Cup is a global invitational tournament for women's national teams held annually in the Algarve region of Portugal. It runs March 1-9.

Australia open their tournament against 8th-ranked Sweden on March 1 at 6.30pm local (5.30am AEDT  March 2).

Raso, 22, has come off an excellent season both in the US with Portland Thorns before returning as part of the Westfield W-League Premiers’ Canberra United.

She is part of a 21-player Australian squad that has an eye-catching blend of youth and experience. 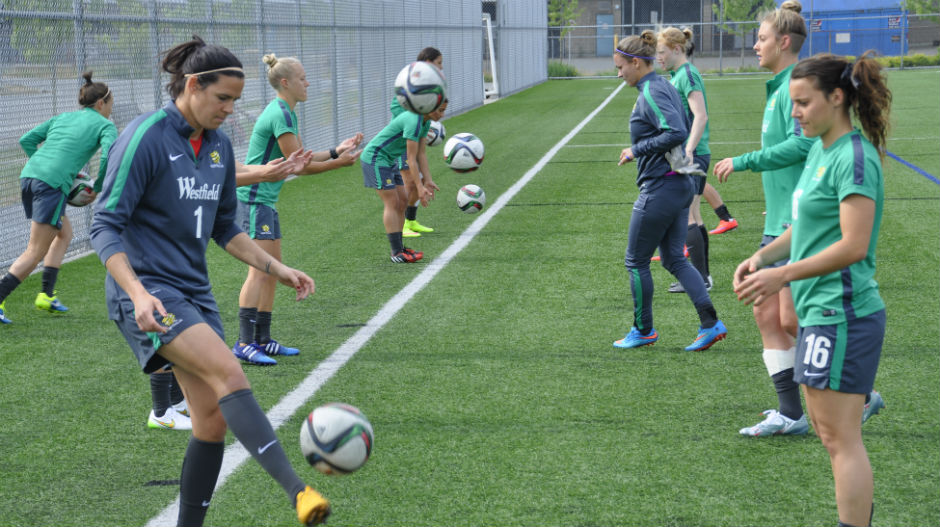 Stajcic’s side will be well prepared, having come through an extensive training camp in Canberra earlier this month, as well as more time together in Sydney before departing for Portugal.

"It just made us closer as a group. We’ve worked hard on a lot of things both tactically and the technical stuff,” Raso explained.

“With all the training we’re doing, the video sessions, the meetings…we’re working together to build form going into the Algarve Cup.

“We do have some tough opponents, starting with our first game against Sweden, they are in the top 10 in the world.

“We have to come together as a group, work really hard and continue to do what we’ve been doing. I know the girls are in a good place coming off the Olympics.

"If we can continue with that momentum and continue going forward I think we have a really good shot in Portugal.”

Raso, who started her career as a winger, has been shifted to a full-back role in recent times and admits she’s relishing the change.

“I played as a wing back with Canberra United this season so I think that has helped me a lot,” Brisbane-born rising star said.

“I’ve just got to work a bit more on my defending but I’m enjoying it and I like to attack so I’m trying to do more of that from the back.

“With the style we play, 'Staj' likes us to be moving forward and attack from the back so I try and do that as much as I can.”

This Matildas squad has a good blend of youth and experience, with a number of players coming off the recently completed Westfield W-League.

“Even the young girls that are in camp at the moment, everyone is so skilful and doing really well. It’s a good mix and it’s obviously going to be tough fighting for spots," she added.