Taking a step back is simply not in Westfield Matildas attacker Hayley Raso’s character.

After fracturing her back playing for Portland Thorns in the NWSL in August, Raso has been out of action with her recovery from such a serious injury understandably slow.

So just being able to take to the training pitch with her Brisbane Roar teammates felt like a battle won and the Westfield Matildas forward, who is hoping to be on the plane to France next year, has chosen to view her rehab process through a positive lens.

“It’s really nice, obviously it’s been a long road and a bit of a slow process so I’m really excited to be back in full training with the team and just progressing each day,” Raso said.

The 24-year old is adopting a cautious approach as she edges closer to a return to Westfield W-League action, careful not to aggravate an injury that has the potential to rule her out of the 2019 Women’s World Cup.

“It’s just great to be with the team and back in the team environment, taking a few hits and getting into tackles it just means I’m progressing and getting closer to coming back each session,” she said.

“Because of how serious the injury was I’m just trying to, like I said, take it day by day and just see how I’m progressing from there.”

Every cloud has a silver lining however and while a long-term injury is never ideal, Raso is using it to her advantage, developing leadership skills she never thought she possessed.

“This is the first time I’ve kind of taken a step back and tried to take a bit of a leadership role and trying to help the younger players and really everyone on the team as much as I can and considering I’m spending so much time off the field it’s been a good opportunity to do that,” she said.

Brisbane will do battle with the top of the table Melbourne Victory at Lions Stadium on Sunday afternoon and the team in orange need a result after being thumped 5-1 by Sydney FC last week. 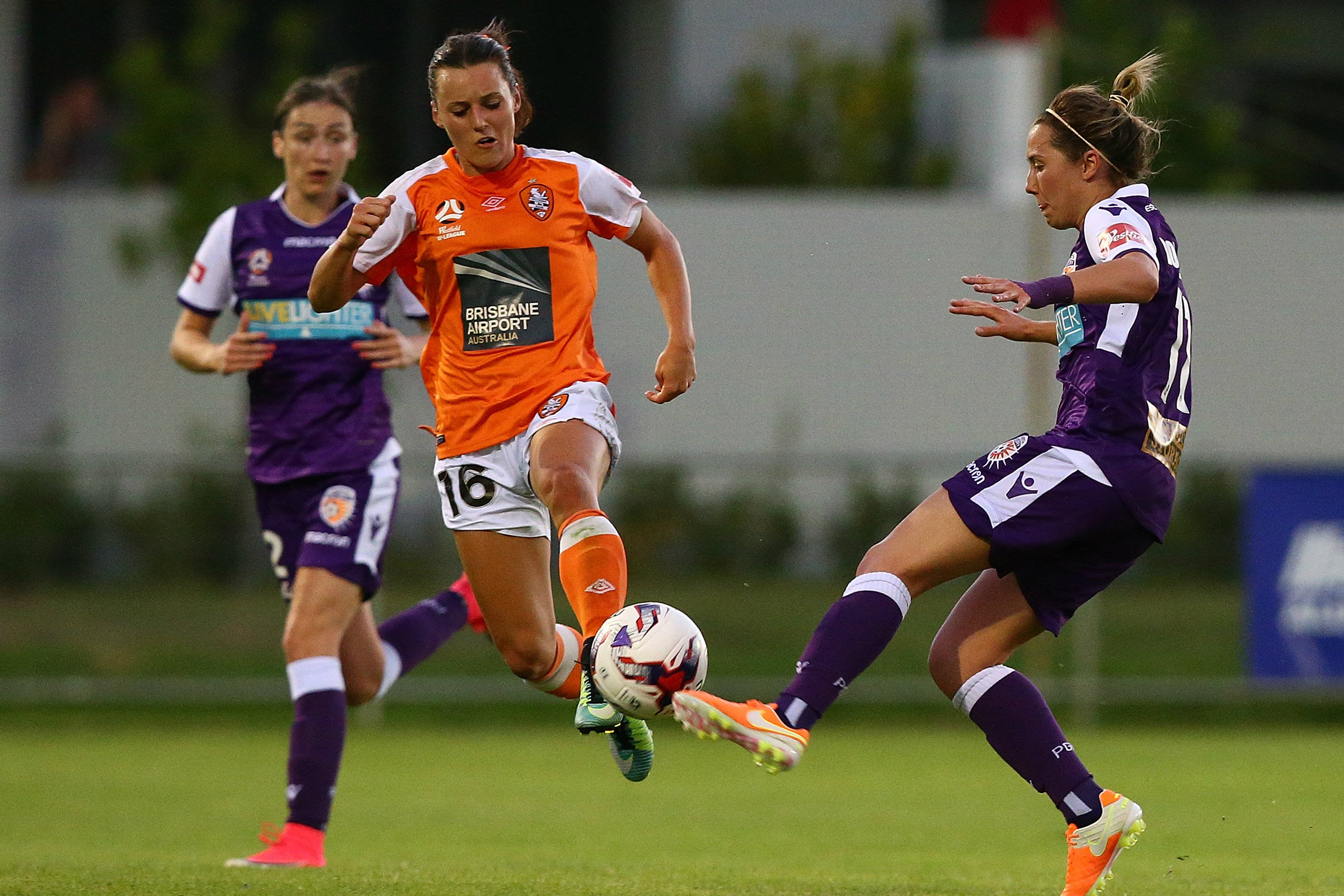 Raso said she’d been surprised by Victory’s fast start and welcomed the challenge they and other sides were bringing to the Westfield W-League.

“It’s good to see a mix-up of teams going from top to bottom and all around the ladder and like I said it’ll be a good game for us and a good test for us this weekend.”

In collaboration with Opta, our new series takes a look at the stats behind the evolution of our Westfield Matildas stars over the past couple of years.  First up is our captain, and goalscoring machine, Sam Kerr.   The trajectory of Samantha Kerr's football career has been a