After their historic first win over the USA, the buoyant Westfield Matildas meet Japan in another blockbuster second game at the Tournament of Nations on Monday at 7.15am (AEST).

Here's all you need to know...

Tameka Butt was Australia's hero in their opening game against hosts USA, slotting the game's only goal in the 67th minute. 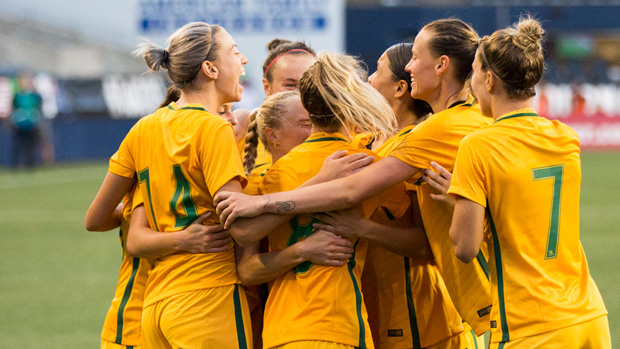 Japan conceded a late equaliser to draw 1-1 with Brazil in the tournament's opening match.

It was sweet revenge for the quarter-finals of the 2015 World Cup, there Japanese substitute Mana Iwabuchi broke Australian hearts with an 87th minute winner.

MATILDAS MIX OF YOUTH AND EXPERIENCE

Australia have two 17-year-olds in their squad; Ellie Carpenter and Princess Ibini, both of whom were born in 2000.

The overall roster is highly-experienced though with 11 of the 21 players boasting 48 or more internationals.

The Japanese team has been going through a major rebuilding phase after the retirement of many players who were central to the team's success in the first half of the decade, including legendary captain Homare Sawa.

The final games of the tournament are on Friday (AEST) when the Westfield Matildas meet Brazil and Japan play USA.