The eye-catching Westfield Matildas Algarve Cup campaign has one more challenge to go when the Aussies battle for bronze on Thursday morning (AEDT) against Denmark.

After defeating China 2-1 in their final group match on Tuesday, thanks to a fantastic debut goal from Ellie Carpenter, Alen Stajcic’s side topped Group C with two wins from their three matches.

An achievement considering the strength of Sweden, Holland and the Chinese.

And Australia almost made the final but but with Canada and Spain winning the other two groups with seven points, the Aussies had to settle for a spot in the third-place playoff.

Despite missing a spot in the final, it was a super effort from the Westfield Matildas to top their group which saw all four nations ranked in the top 13 in the world.

Stajcic’s side has got better with every outing in Portugal.

After a narrow 1-0 defeat to Sweden (ranked 8th) in their opening match - with rustiness perhaps a factor - they were excellent in the 3-2 win over the Netherlands (ranked 12th) before showing great character to fight back from a goal down to beat the 13th ranked China.

Brisbane Roar attacker Emily Gielnik has been a breakout star during the tournament with three goals, including a stunning equaliser against the Chinese. 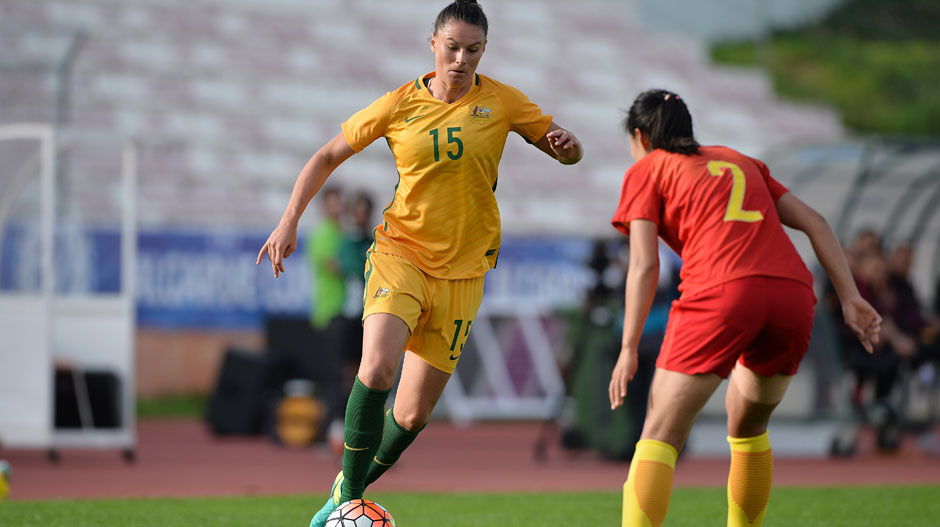 The Danes booked their spot in the Bronze Medal match as the best second-placed side at the 12-team tournament.

While Australia’s attack has been excellent in the last couple of outings, it is likely to be the defence which will be tested against the free-scoring Denmark.

The 15th-ranked Danes have scored six goals in their last two matches, a 6-0 drubbing of the host nation Portugal followed up with a 6-1 demolition of Russia in their final group match.

Striker Pernille Harder will be one to watch for the Aussies after she scored a hat-trick in the last match against the Russians.

The Westfield Matildas’ battle for bronze will take place at the Albufeira Stadium on Thursday morning (AEDT), with kick off a 1.45am.